I decided to stop posting while in the middle of my exam period, which I think was wise, but I still managed to get out and do something wild. Now the exams are over, I’ll write them up.

For Day 6, I flew a kite with my younger sister.
The wind was so strong that it made excellent flying conditions, although because of our small garden it was quite difficult to fly it without it getting tangled in a bush.

For Day 7 I did a bee survey on a geranium patch in my garden.
I saw overall at least 7 species, including the following… 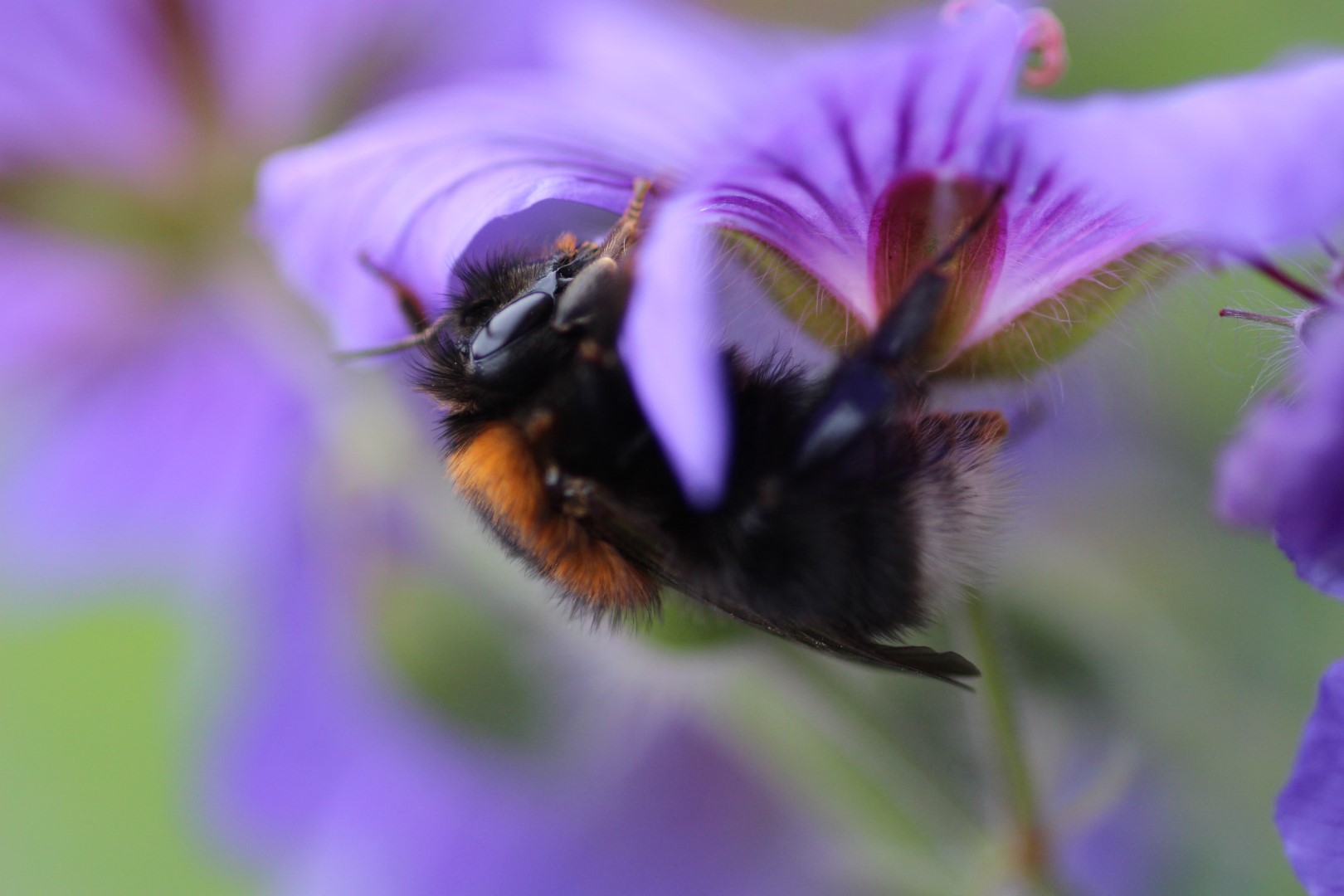 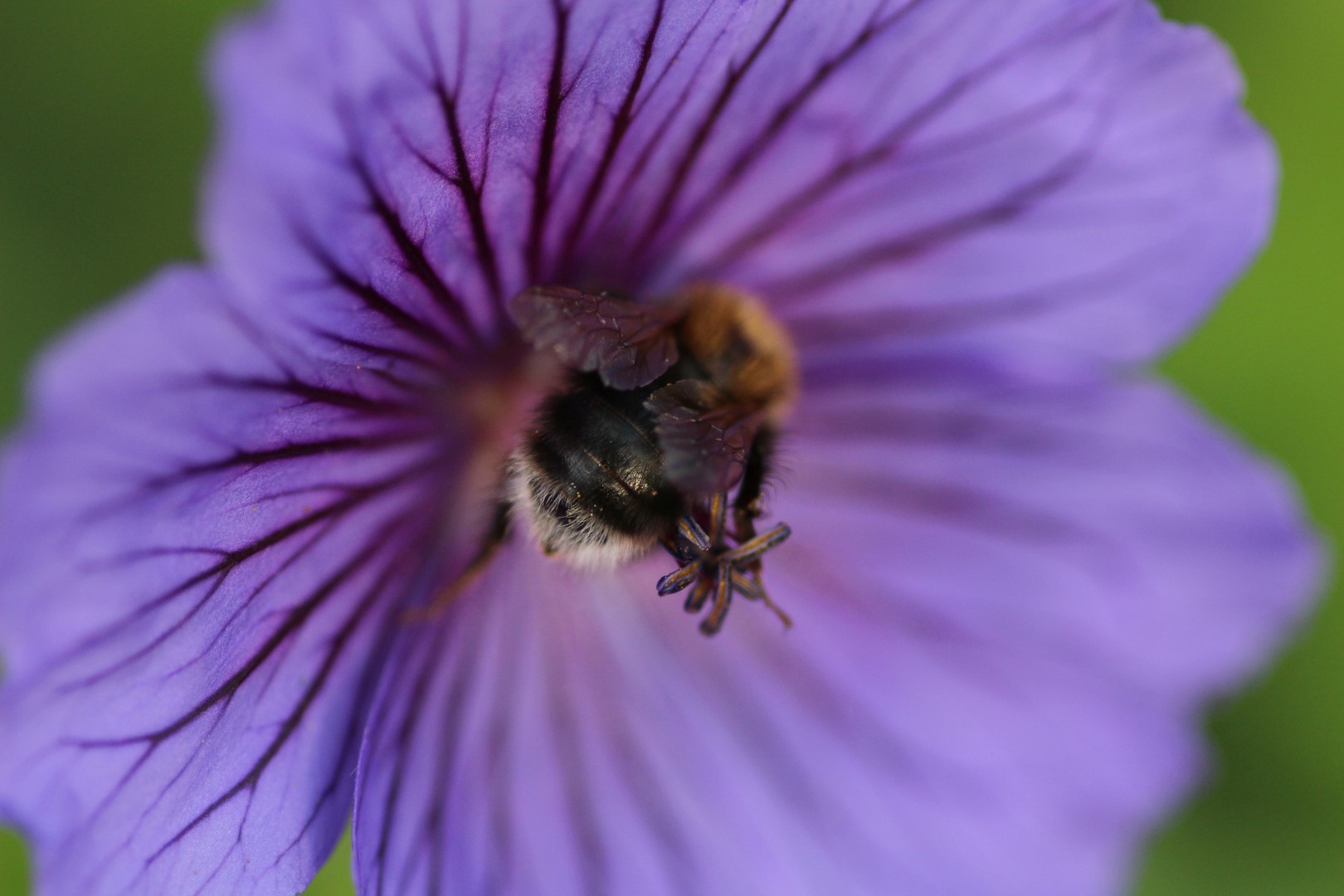 What I believe to be a male Red-Tailed Bumblebee 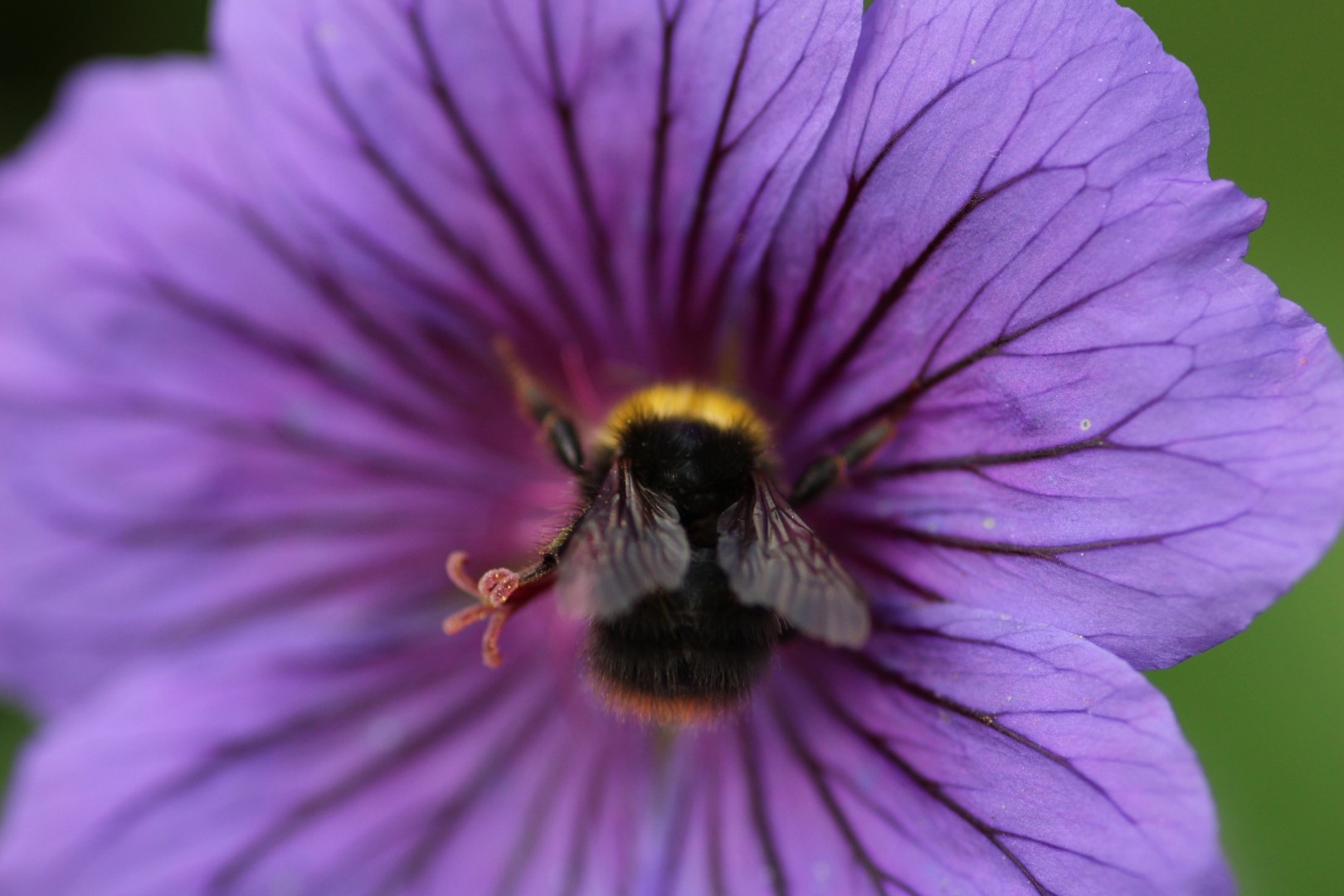 What I am sure is a female Red Tailed Bumblebee… 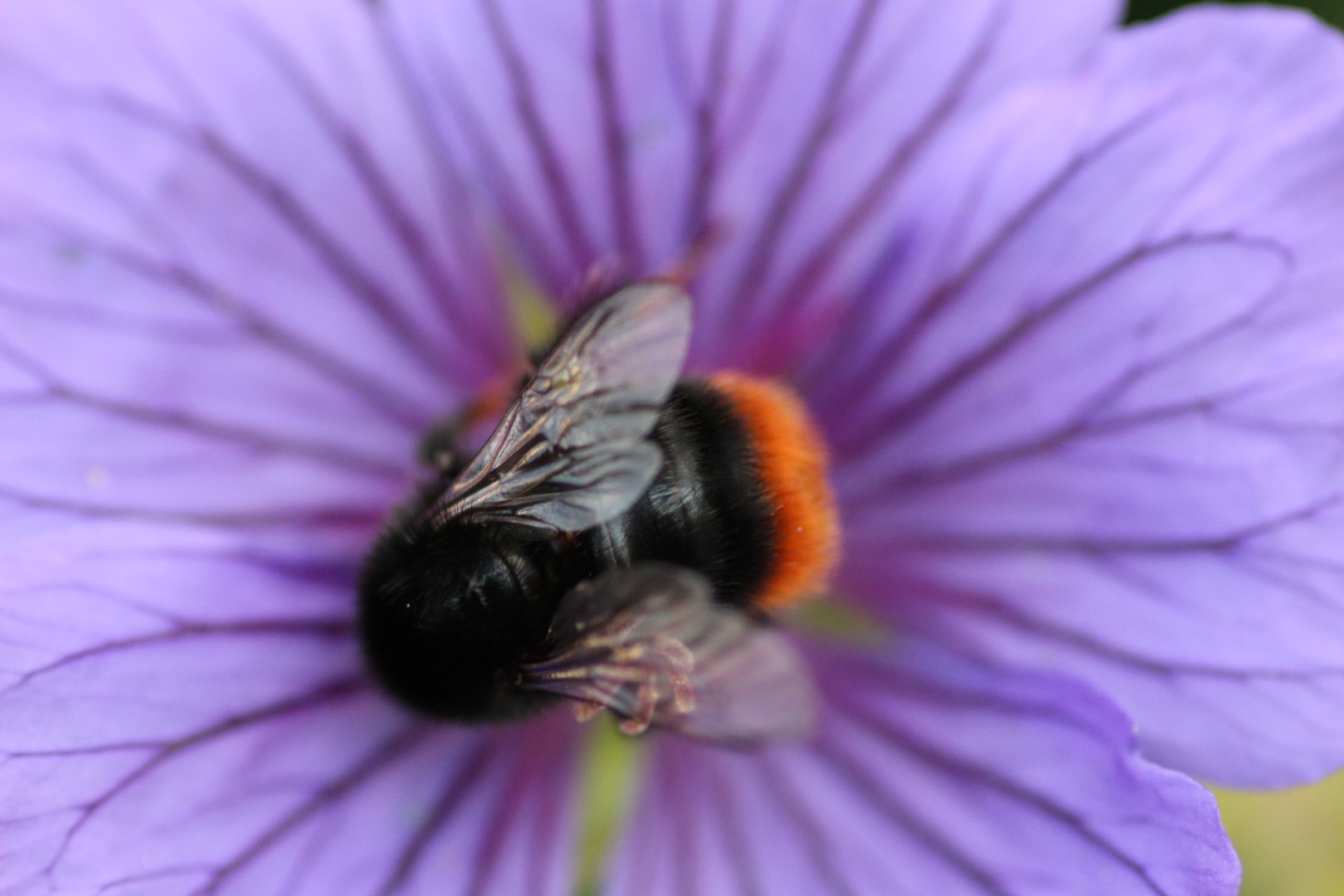 And this, which is apparently another male tree bumblebee with a slight variation from the normal pattern with stripes on the abdomen. 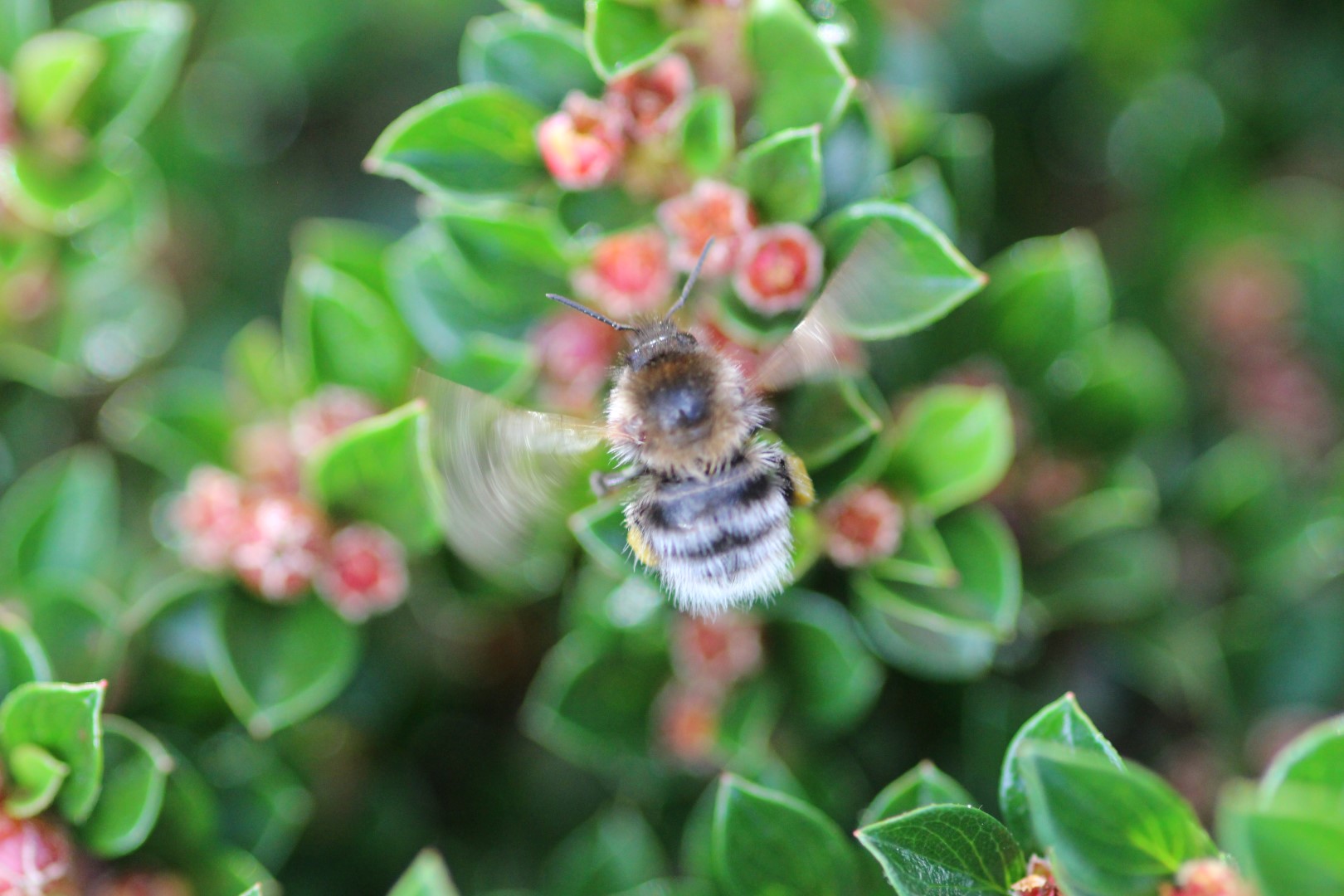 Finally I found this, which I thought was a wasp but is apparently actually a Nomada – one of a group of bees that mimic wasps. 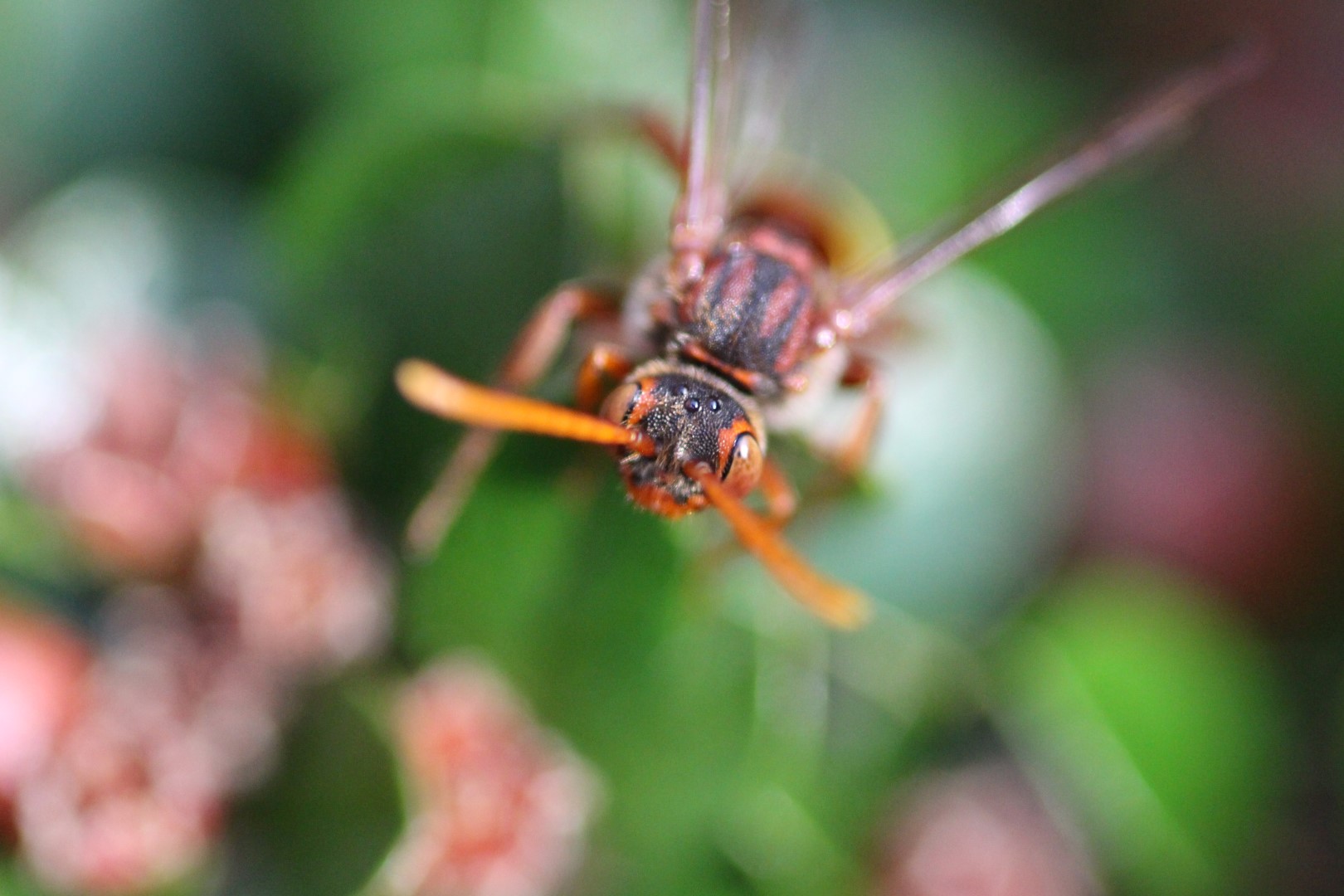 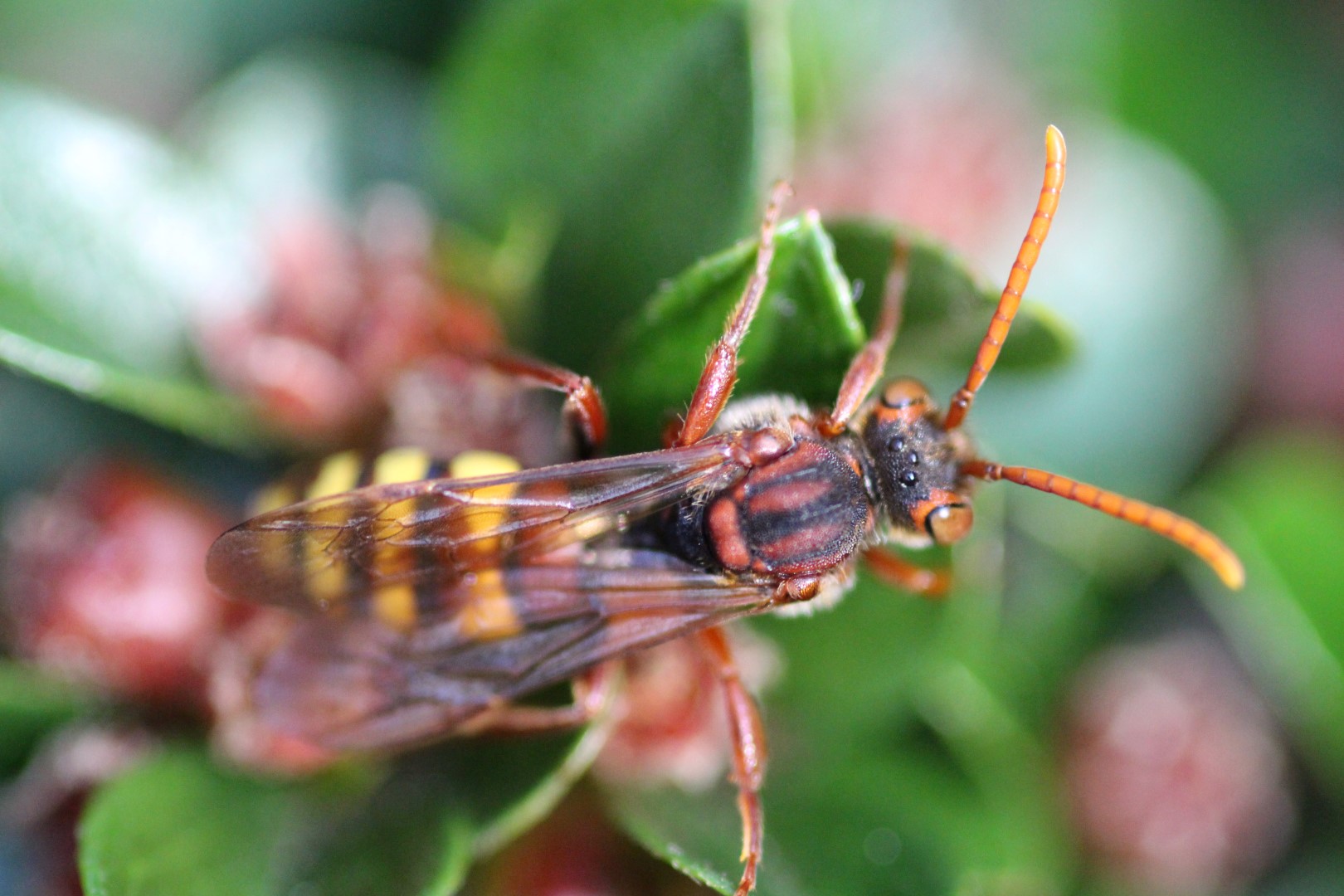 All of this information will be sent to the Great British Bee count scheme, and will contribute useful data to help monitor bee declines. It is a great example of how citizen science can really make a difference.

On Day 8
I revised all afternoon after school for Chemistry, Maths and Latin exams the following day, but managed to rescue a fly and a bee from our kitchen. 🙂

After a full school day of exams, and a garden party until 7 o clock, I relaxed with a book about badgers, in preparation for trying to film the cubs the next day…

I went on a walk to try to film the badger cubs.
I waited until half an hour after sunset, when it got too dark to film under the woodland canopy, and then I left – unsuccessful.
But while I was waiting, I was entertained by a woodmouse scuttling along the thin branches of the fallen tree I was sitting on. I also intrigued a very curious juvenile blackbird, who landed on a branch a metre away from me and fixed me with a beady eye in that way only birds do. It then proceeded to hop up and down the fallen tree in front of me, looking for a meal.
While I was watching this, a really weird high pitched trumpeting sound.
I had heard a very similar noise before, and I knew that this could only be a fox.

Indeed, when I turned around, two foxes were lying on the grass behind me. I couldn’t get a good view because they were blocked by foliage, but I just about managed to get this film…

Does anyone know what this noise means? Could it be a sign of submissiveness? Please let me know if you do….

The foxes then proceeded to walk under the fence, right beneath the tree I was sitting on – completely unaware of me.
First one (I think the male) and then 2 minutes later a second (I believe the female).

So not an uneventful night, but still no footage of the badger cubs. I really hope to get them soon, and I will keep trying on the weekends.

Now exams are over, I hope I’ll be able to do some more interesting stuff, but I still have full school days so I can’t promise anything.