Some of you may have seen the below photo on my website before – the reason being that I spent a long time trying to get it! 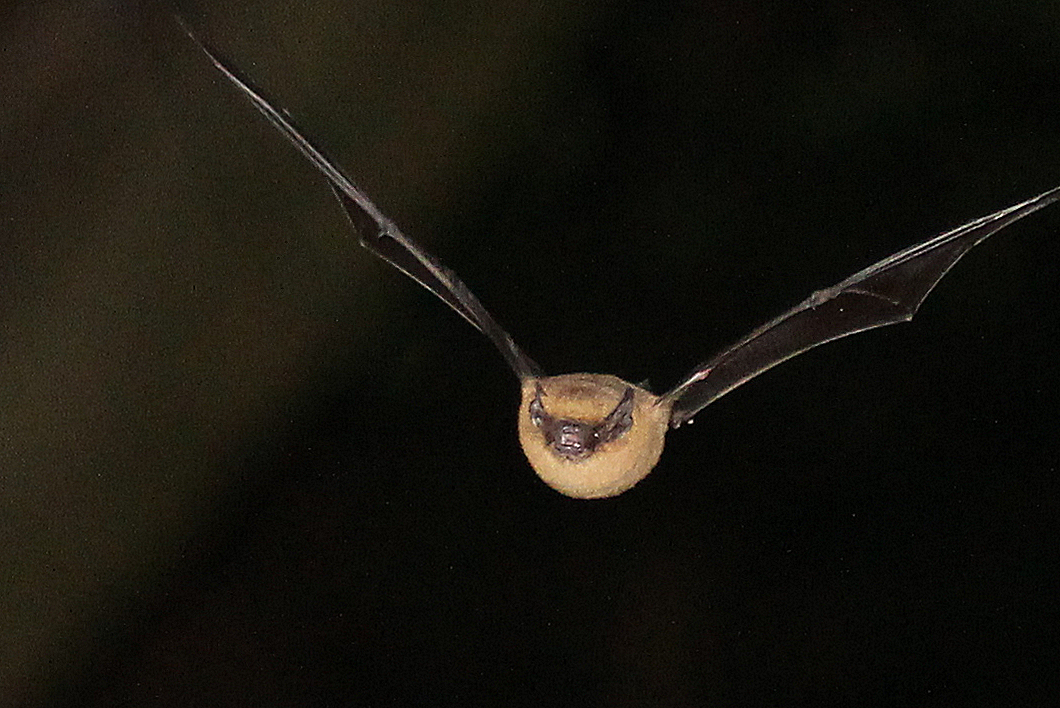 Near my house there is a narrow woodland passage, which leads to the badger sett where I do a lot of filming. This is where some pipistrelles hunt for insects. It is an incredible experience, having bats fly right past your face in the dark – sometimes even brushing my hair with their wings!
On the way back from seeing the badgers, I spend ten minutes with my tripod and camera pointing down the narrow path, finger on the trigger (or shutter release, in this case) ready for the oncoming bats. There are many difficulties with photographing this aerial acrobat. Firstly, it’s night, so they’re difficult to see coming towards you. Fortunately after an hour of badger watching my eyes have adjusted, so this isn’t too much of a problem.
Secondly, they’re fast – up to 60mph. This means that you have to know where they’re going to be, because human reactions simply can’t cope quickly enough to be able to get it in the viewfinder, get it in focus, and press the button in the instant that the bat is there. That’s why this passage is ideal – there is a limited area in which the bats can fly. The fact that bats fly in repetitive circuits also helps. So I focus on a certain place in the passage, and wait. If I see a bat approaching this spot, I take a photo. Most of these end up being just out of focus, because I released the shutter an instant to early or too late.
However, one or two, like the photo above, end up in focus. This was a very pleasing result as you can actually just make out its eyes, teeth and striking orange fur. I was pleased to see it at all, because as autumn progresses less and less are seen.

However, after putting it on twitter in response to one of the Wildlife Trust’s posts, it was viewed by a lot of people, and, apparently, Autumnwatch, who asked if they could borrow it for a program. I was delighted, because I love the Watches, and have always wanted to contribute towards them.
This, although it was a very small contribution, (15 seconds of talking, to be precise), made me very happy indeed! 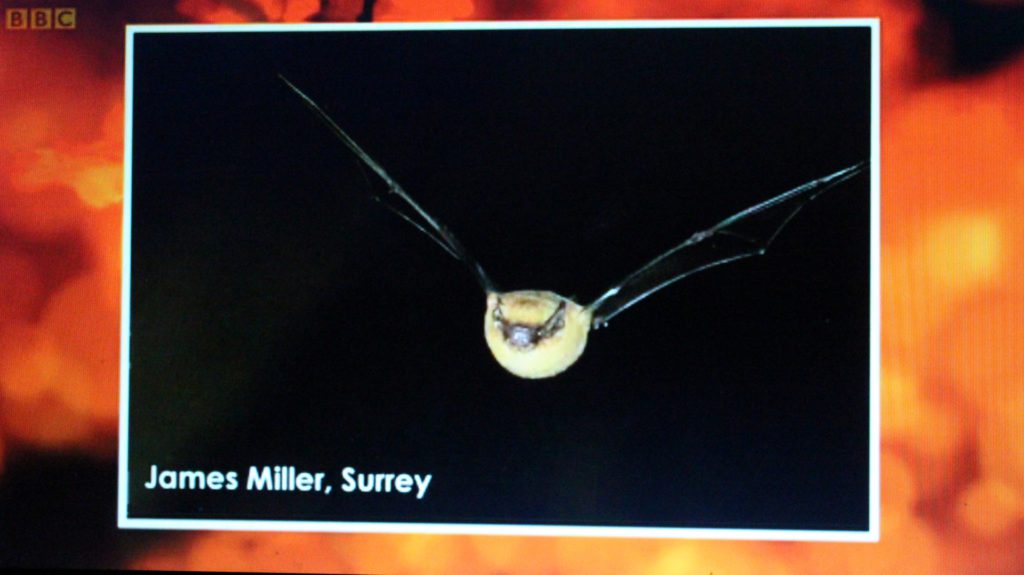 I’m hoping to convince my parents to take me to Arne this week, and if so I will do another blog post on that. I am also hoping to do a Halloween themed post on spooky animals – bats will appear.
Tomorrow, I’m going off to London to see a painting of mine in a wildlife art exhibition, and on Saturday I’m hoping to go on a walk with some friends at a bird reserve, and maybe do some ringing.
Expect a lot of blog posts in a very short time, or visit my Twitter (@JamesNaturalist).
Thanks very much to the Autumnwatch team, and Alice Marlow in particular!