Unfortunately, due to Saturday commitments, I am not able to go bird ringing every weekend. In fact, so far, I have only been twice, in half terms. It’s a shame, because every time I do go I really enjoy it, and this time was no exception.
Because it is autumn now, a different selection of birds were caught to the ones when I was ringing in summer – mainly goldcrests. Goldcrests are beautiful winter visitors from Scandinavia, although we do have our own resident population.
We caught many, and I was taught how to age and sex them.
The small gold stripe on their head (after which they are named) will tell you their sex. If, when you brush it back with your finger, it reveals bright orange beneath the gold, then it’s a male. If it is all gold, then it is a female.
For their age, look at the tail feathers. If they have points on the end then they are juvenile – born only this year. 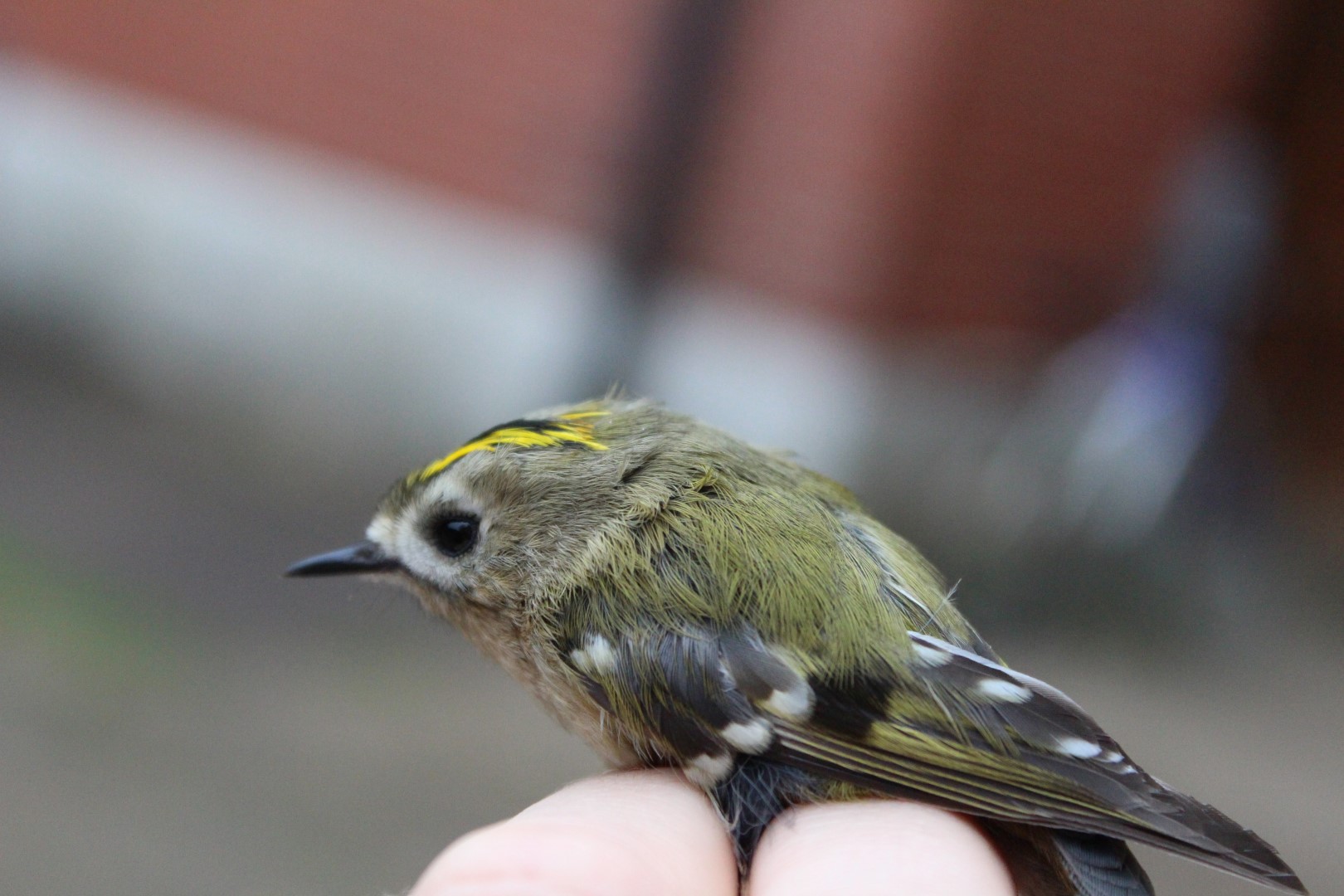 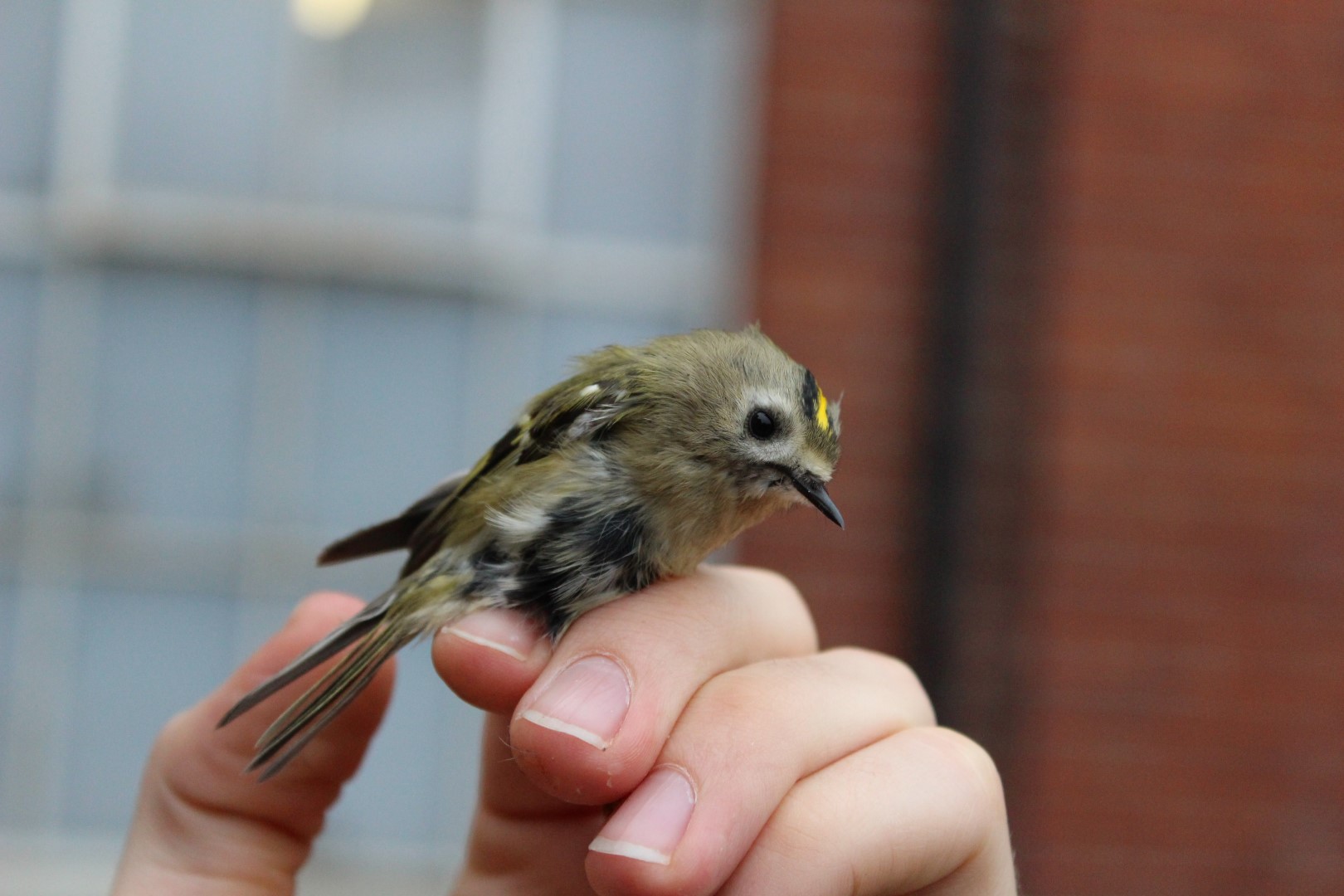 We also caught, among others a greenfinch. In order to sex these, you can look at the primary feathers on the wings. If the gold edge extends right to the centre of the feather and touches the shaft, it is a male, if not, it is a female.
For the age you must go by a general criterion – if the feathers are worn down then it is a juvenile, because adults will have already moulted, and will have a brand new set of perfect feathers, whereas juveniles don’t moult in their first year (combined with their general naivety, this would be risky). 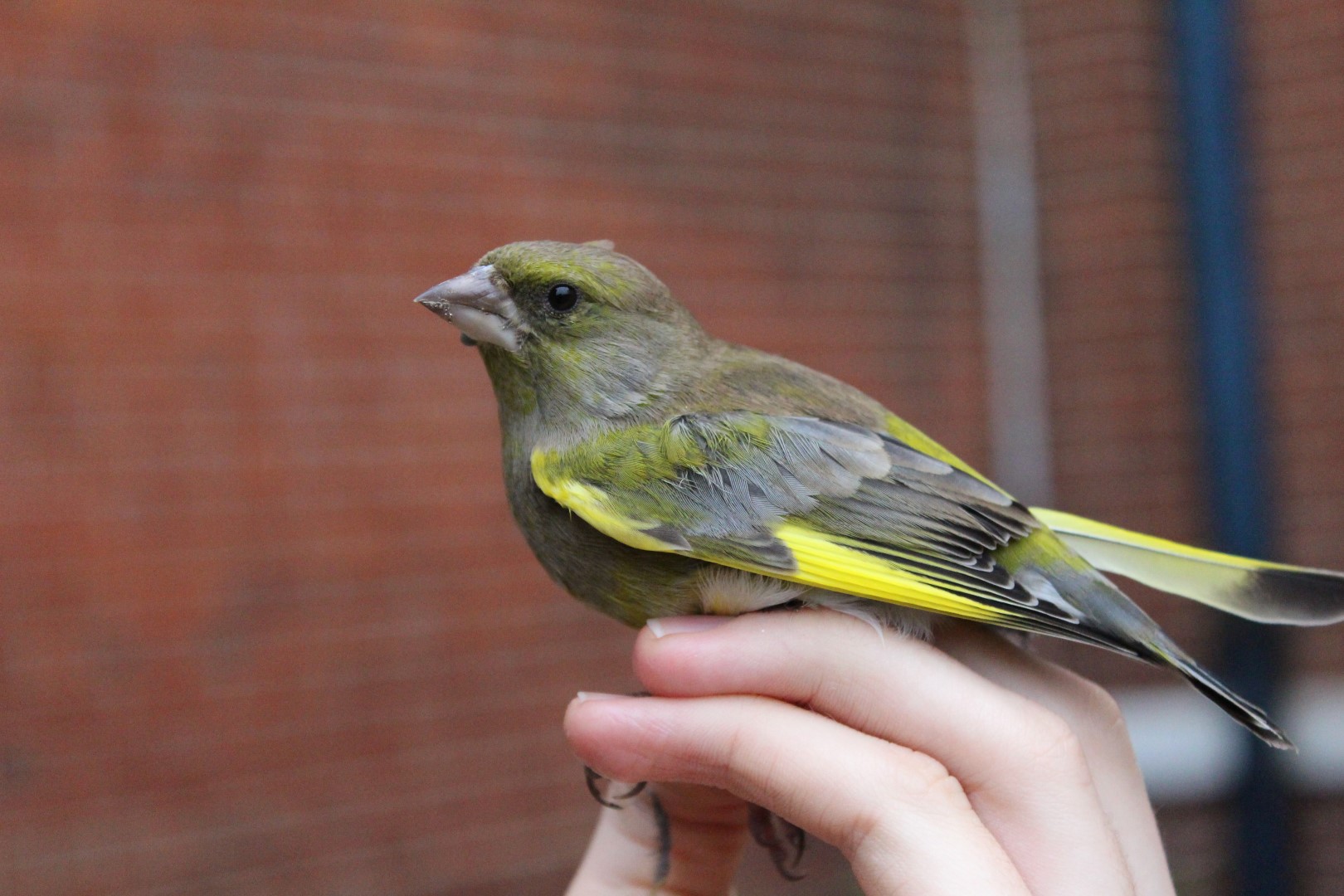 On top of this we caught a multitude of other common birds, including a pair of long tailed tits, for which a special releasing box is used. It ensures that both birds are released at exactly the same time, so that they can stay together as a flock, rather than being released individually by hand.