This weekend we decided at the last minute to race off to Staines-upon-Thames at 6 in the morning, and have a look at some ringing they were doing there, as well as meet Paddy Lewin (another young birder who I had spoken to on twitter – @P_Lewin26)
We arrived just in time to help set up the mist nets, and after a few quick introductions we got going. By the time we had set the last ones up, it was time to check the first! In this round a female blackcap and a goldfinch were retrieved from the nets, and brought back to the HQ in bags. These were aged, sexed and weighed, and any other observations were noted.
However, a real surprise was waiting in a larger bag, brought in some of the other members of the group.
Paddy withdrew his hand from the bag holding…. a Little Owl!
I have never seen one before, but have always wanted to, so I was thrilled. It was a beautiful bird, and quite docile, not putting up any fight at all! 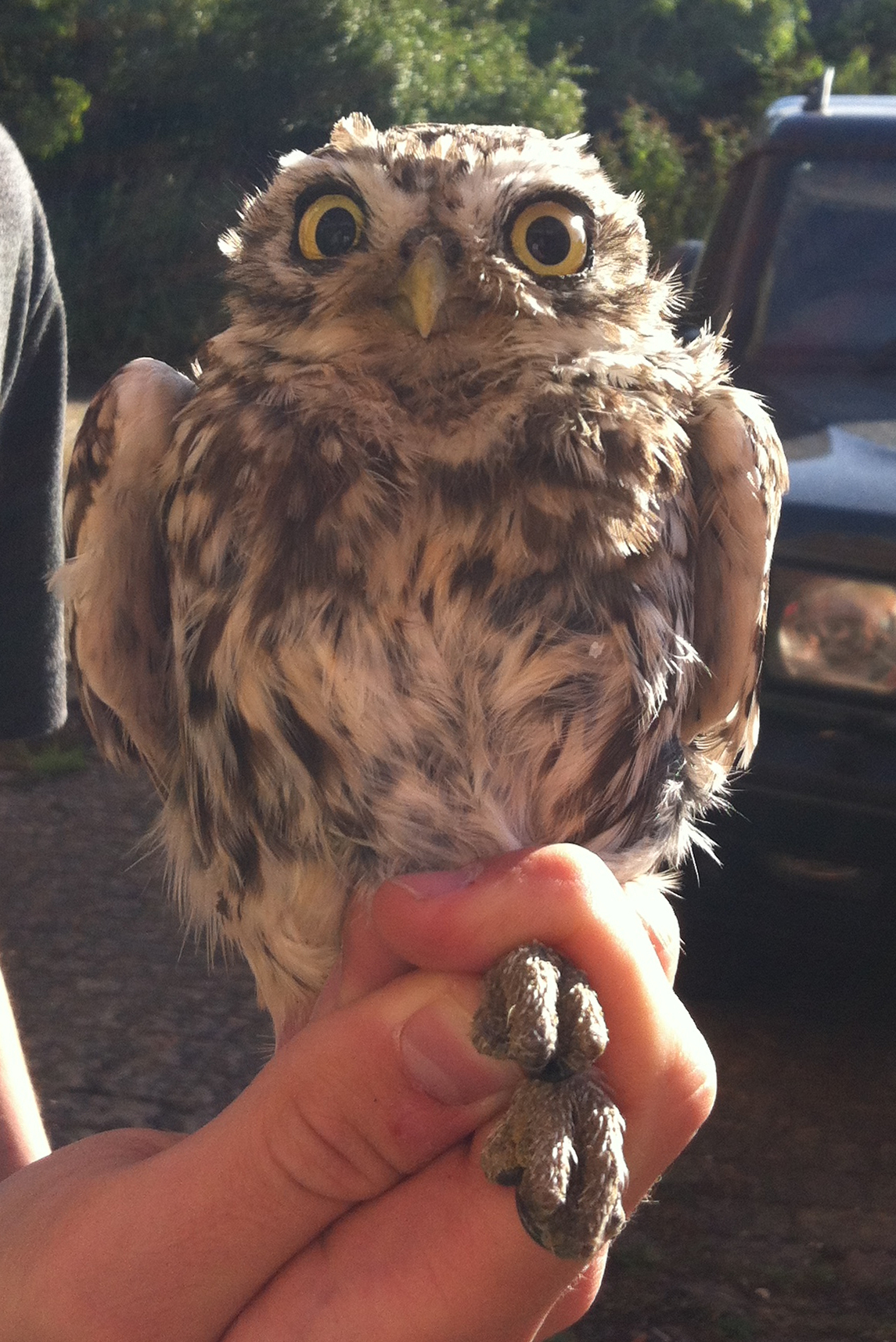 After taking down all the standard information about the owl, it was released, perching briefly on a fence before disappearing into the foliage.
We then had another round of the mist nets, and gathered a good number of birds, although none of them were quite up to the Little Owl’s standard!
Highlights of these include Treecreeper, Chiffchaffs and a feisty Song Thrush. The other ringers showed me a bit about aging some birds, and how their online database and recording system works.
I also learnt how to handle a bird, and then how to release it. 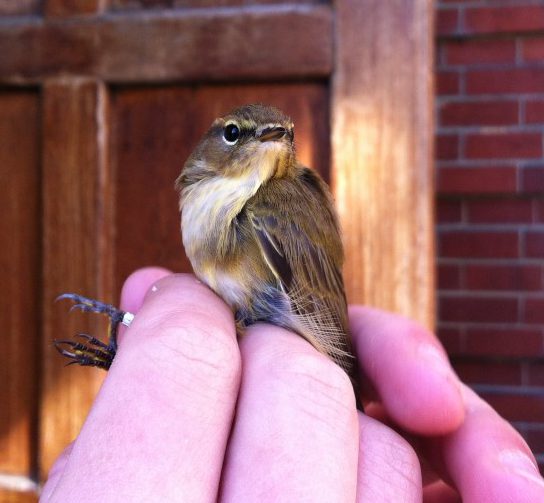 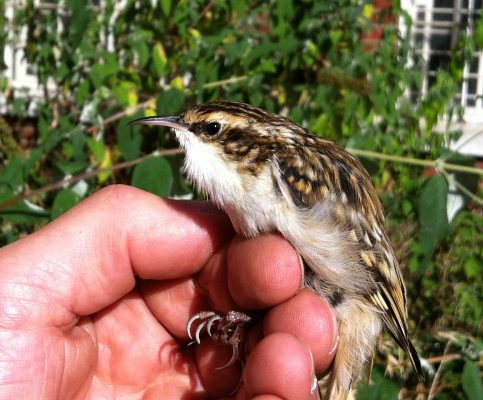 Unfortunately we then had to leave early, despite by begging. If we had stayed a bit longer, Paddy tells me we would have seen TWO Kingfishers get ringed! Never mind, I’ll save that for another day.

Despite just missing the kingfisher, I really enjoyed the day, and I’m hoping to be able to continue doing bird ringing. It was also great to be able to meet Paddy and the other teenage ringers there, as well as the trainers that instruct them.

If you want to read Paddy’s blog, here is a link to it. You can find all my links to other good wildlife blogs on the ‘Links’ page.