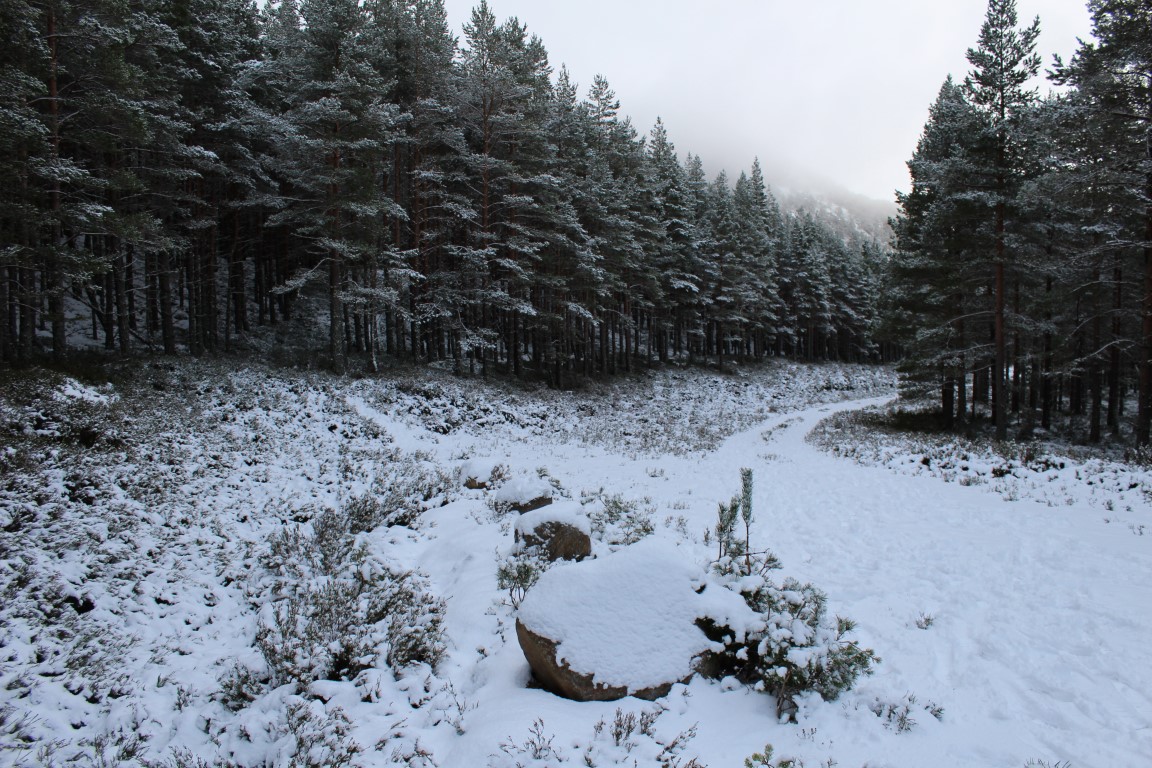 Snow has its advantages and its disadvantages, both of which we discovered today.I woke up to a spectacular snow covered landscape – a great start to both the day and the week! James Shooter, our filmer for the week, introduced himself to us when we assembled in the morning. After a cooked breakfast (thanks to Sharon) we set off to the Upper Findhorn to try and find some golden eagles and potentially fishing eagles. However, we soon found our path was too dangerous with the ice on the roads and we had to retreat and come up with a plan B for the day. Duncan showed us Carrbridge, a picturesque village named after its old packhorse bridge, the oldest stone bridge in Scotland. 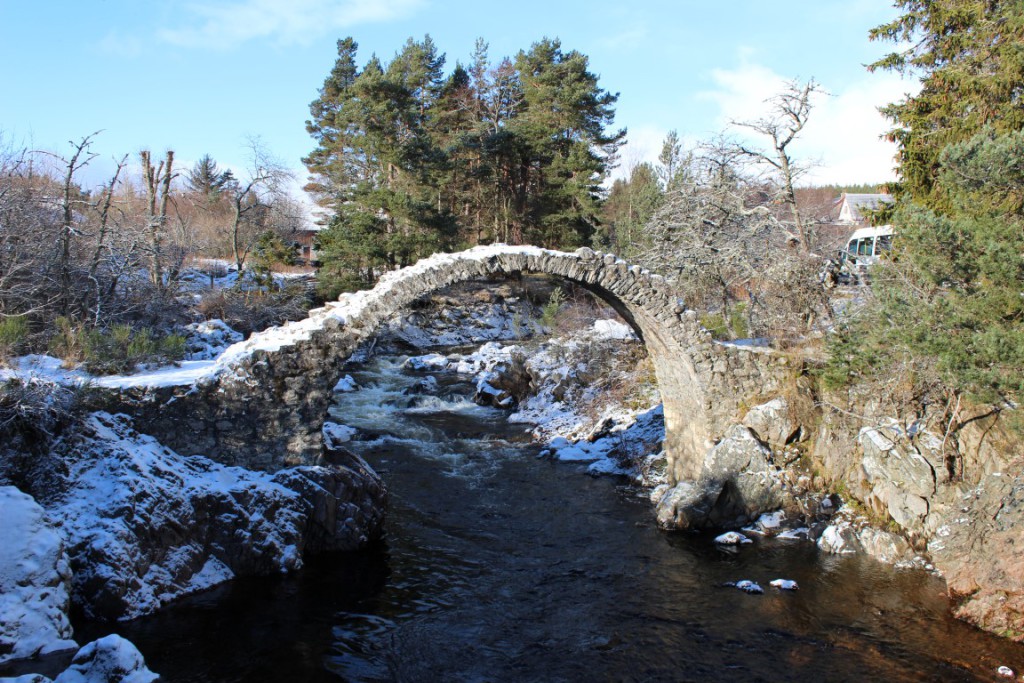 We then journeyed to Dalnahatnach in search for grouse and mountain hares. However, as soon as we set foot outside the minibus the heavens opened, and after a few minutes of sheltering under the tree we decided that continuing would be pointless. We raised our spirits with a snowball fight before continuing. On the way to Invereshie, our next destination, we saw a red squirrel crossing the road fleetingly. It was too quick for me to change to my zoom lens, but we got out of the van anyway and Duncan showed us its prints, which were interesting in themselves.  As you can see from the attached picture, they contain two pairs of feet – the larger ones in front are in fact the hind feet, which are brought in front of and outside the front feet. 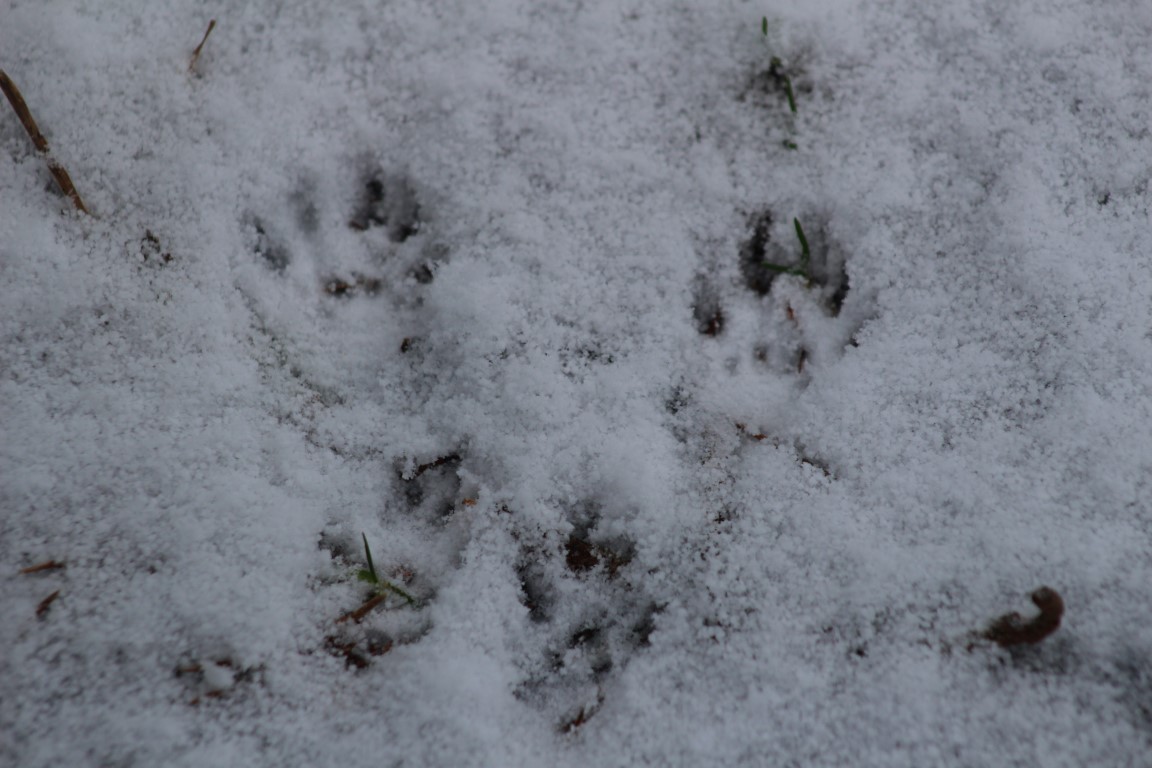 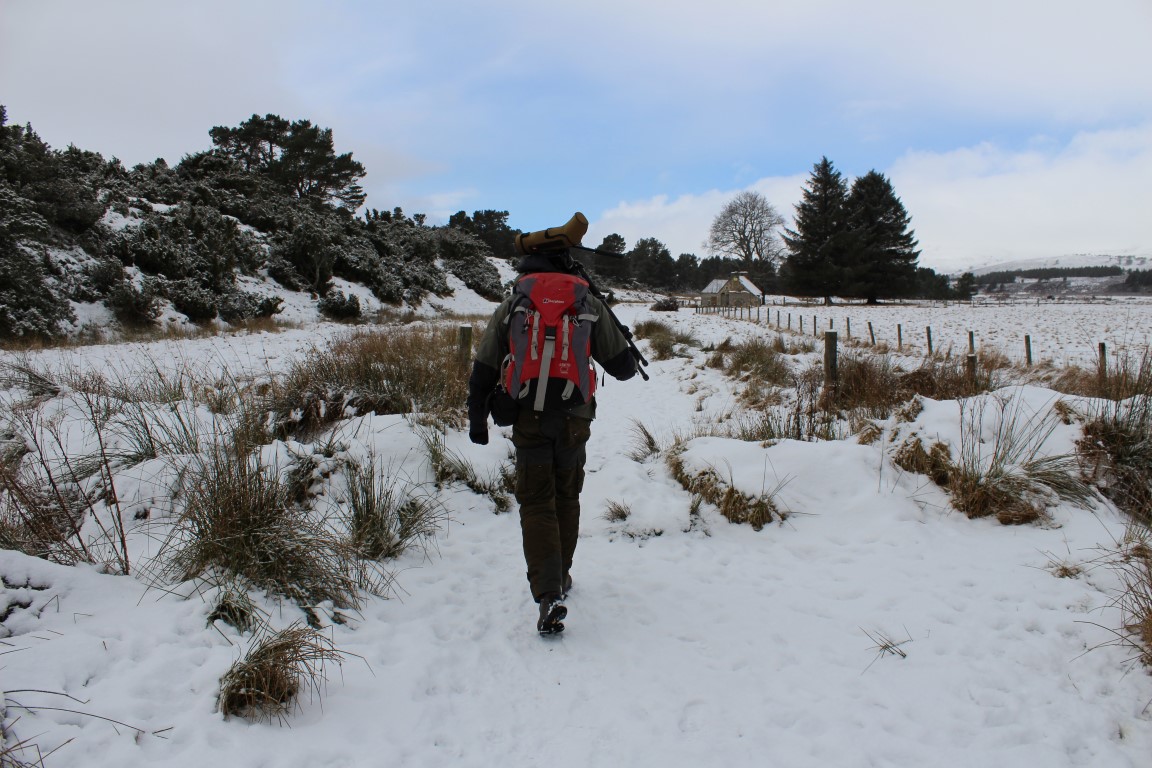 Then, in Invereshie, we searched for the elusive capercaillie. The weather held off slightly, but all the capercaillies were nowhere to be seen. The trip was, however, made worthwhile by the beautiful snowy landscape and my first (albeit distant) sighting of crested tits hopping about in the trees above.
We returned to the Steading for dinner with Iolo Williams, who we met on the way back. We immediately found that his true character was much the same as his television personality – enthusiastic, passionate about wildlife and with a great sense of humour.
He, as well as James Shooter, joined us for our trip to the pine marten hide in Cairn Valley afterwards. Unfortunately the evening was fruitless apart from a few wood mice, but the experience was still a good one thanks to Duncan and Iolo’s company and their entertaining anecdotes. Iolo took the opportunity to answer a few of my questions, and advise me about getting into television. James Shooter also answered some questions on the return journey as to how he had come to be such a successful photographer – he said he had only been doing photography for three years, which is pretty amazing considering the quantity and quality of pictures he has taken! 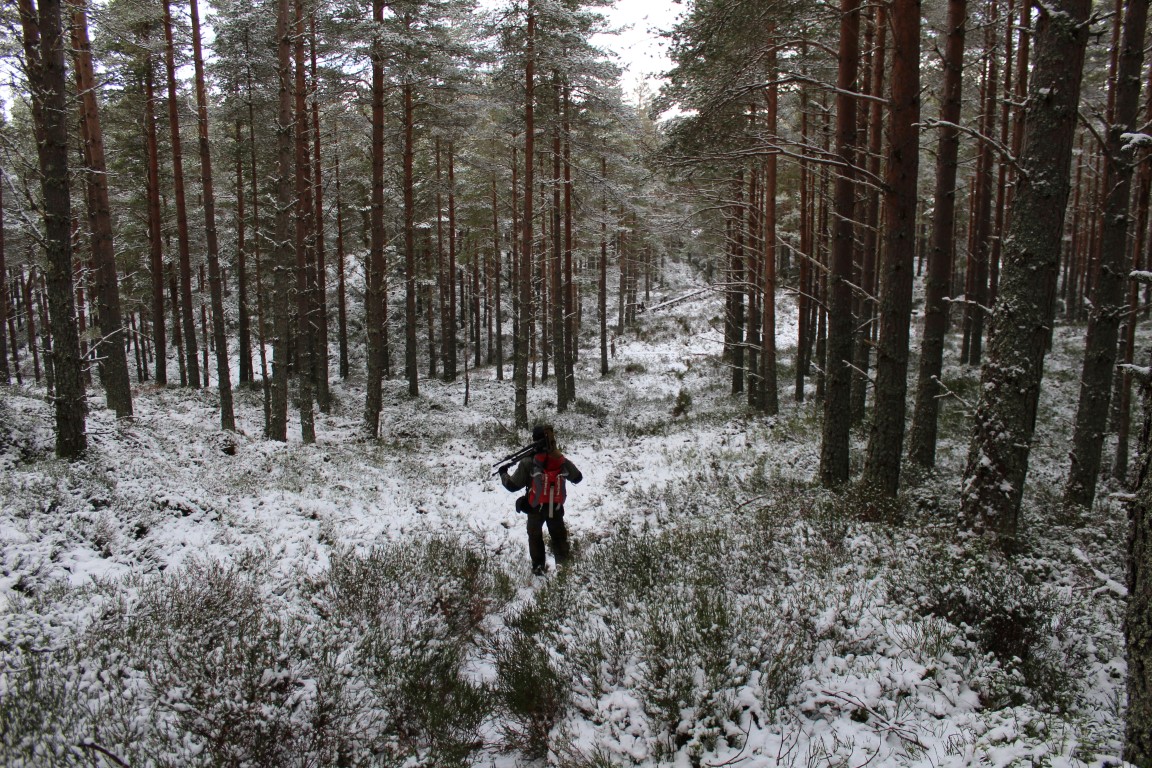 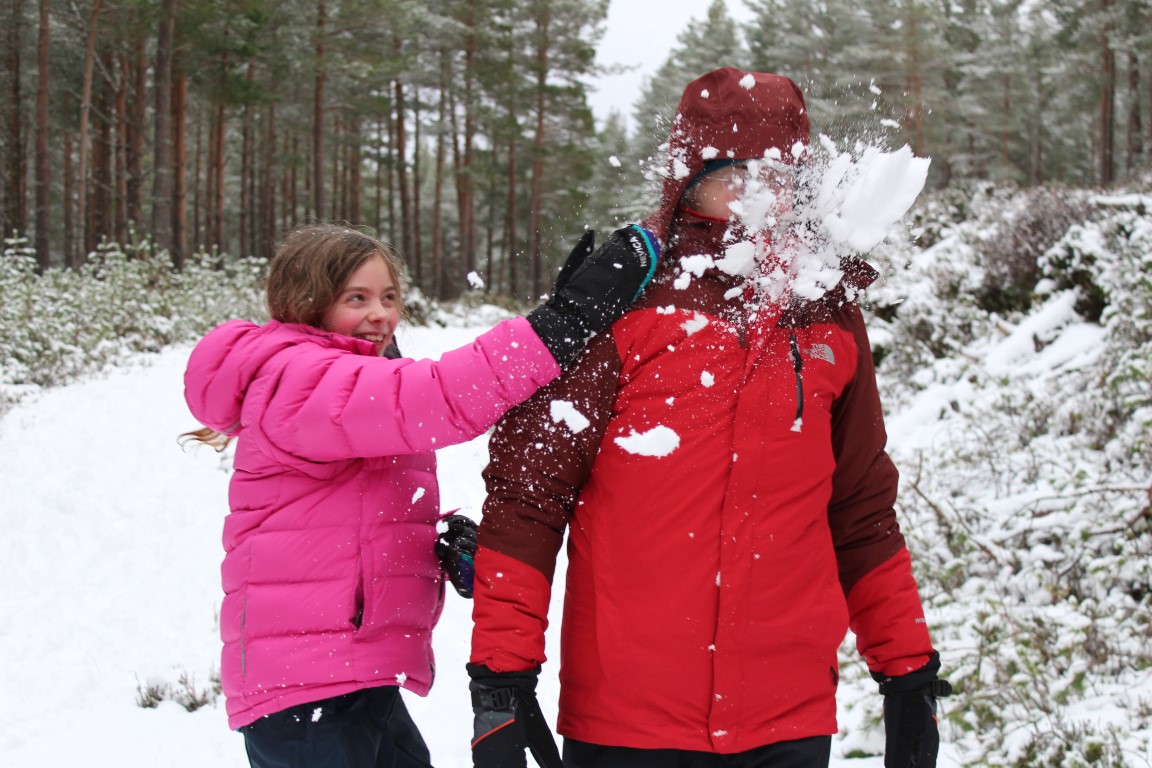