The last few weeks have been spoiling me for photography subjects.
It started off with the news that the Moon is the closest it will have been since 1948 –  14% bigger than usual and 30% brighter.  The Moon has an elliptical orbit around the Earth, so much so that on one end of the orbit (the perigee) the Moon is  30 000 miles closer than on the other (apogee). This orbit takes a month, and when the perigee coincides with a full moon, it is called a supermoon. This supermoon is particularly large because of the positions of the Sun, Earth and Moon. Both the Sun and the Earth’s gravity affect the moon, and so minute changes in their relative positions and distances will change its orbit.
Anyway, all of this resulted in the Moon being so large in the sky that you could see its craters with the naked eye! With the zoom lens, I could get more detailed photos than ever before! 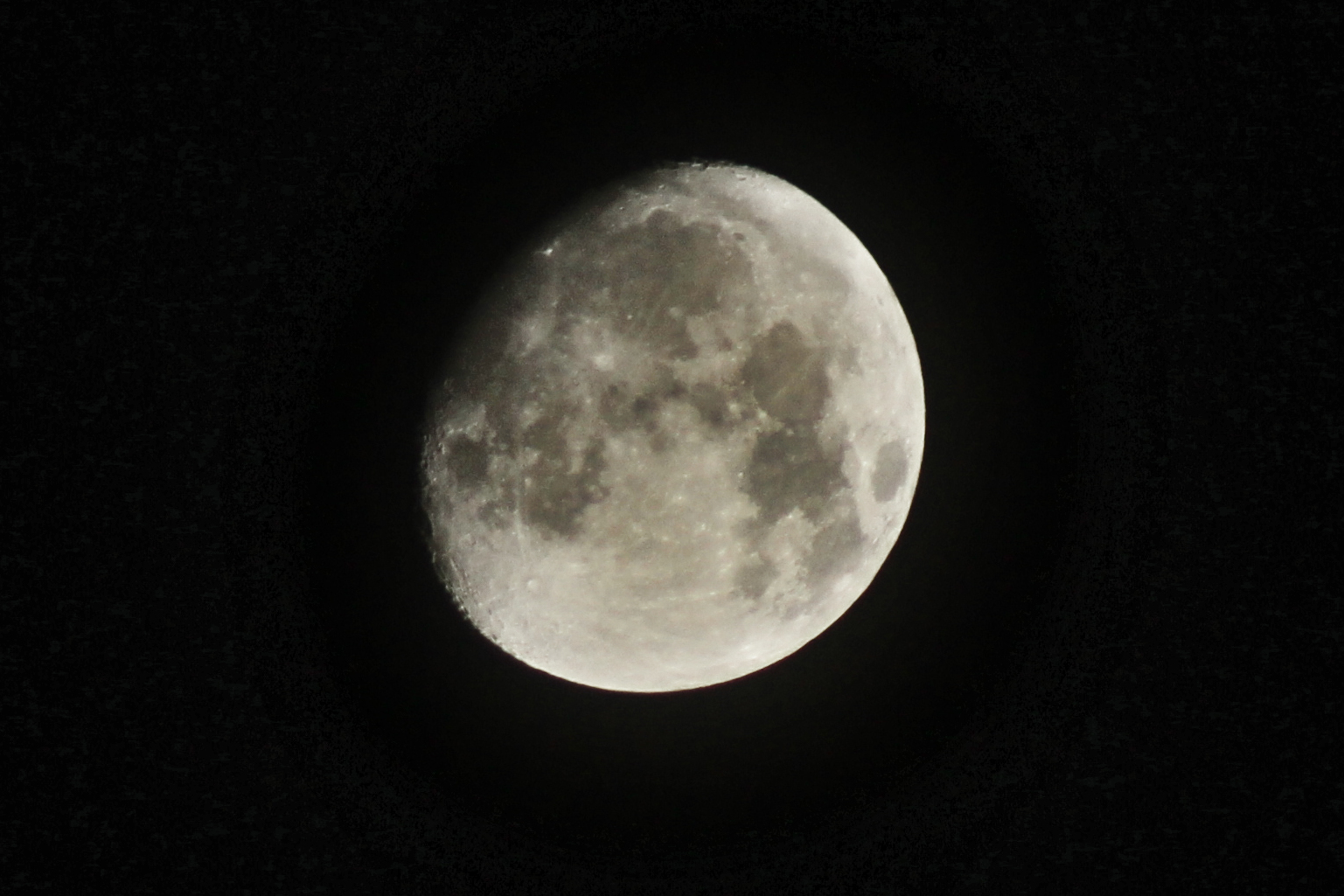 You’ll have to wait until 2034 until the moon is quite this big again, but for moon photography, you will generally want a fast shutter speed with a fast aperture.

To follow this up, I finally managed to achieve  photographic technique that  comes under ‘bokeh’. This comes from a Japanese word for ‘blur’ or ‘haze’, and encompasses all of the out-of-focus qualities in a photo. The particular type I was very pleased to achieve was the hexagonal shaped bokeh. These can either be your friend or your foe; it can make a photo or ruin it. However, most photographers love it. They certainly have a wonderful visual quality about them, but perhaps it is also because you cannot see them in real life – it is something that can only be captured in a photograph.
The way most photographers achieve it is by photographing water droplets – as I have done below: 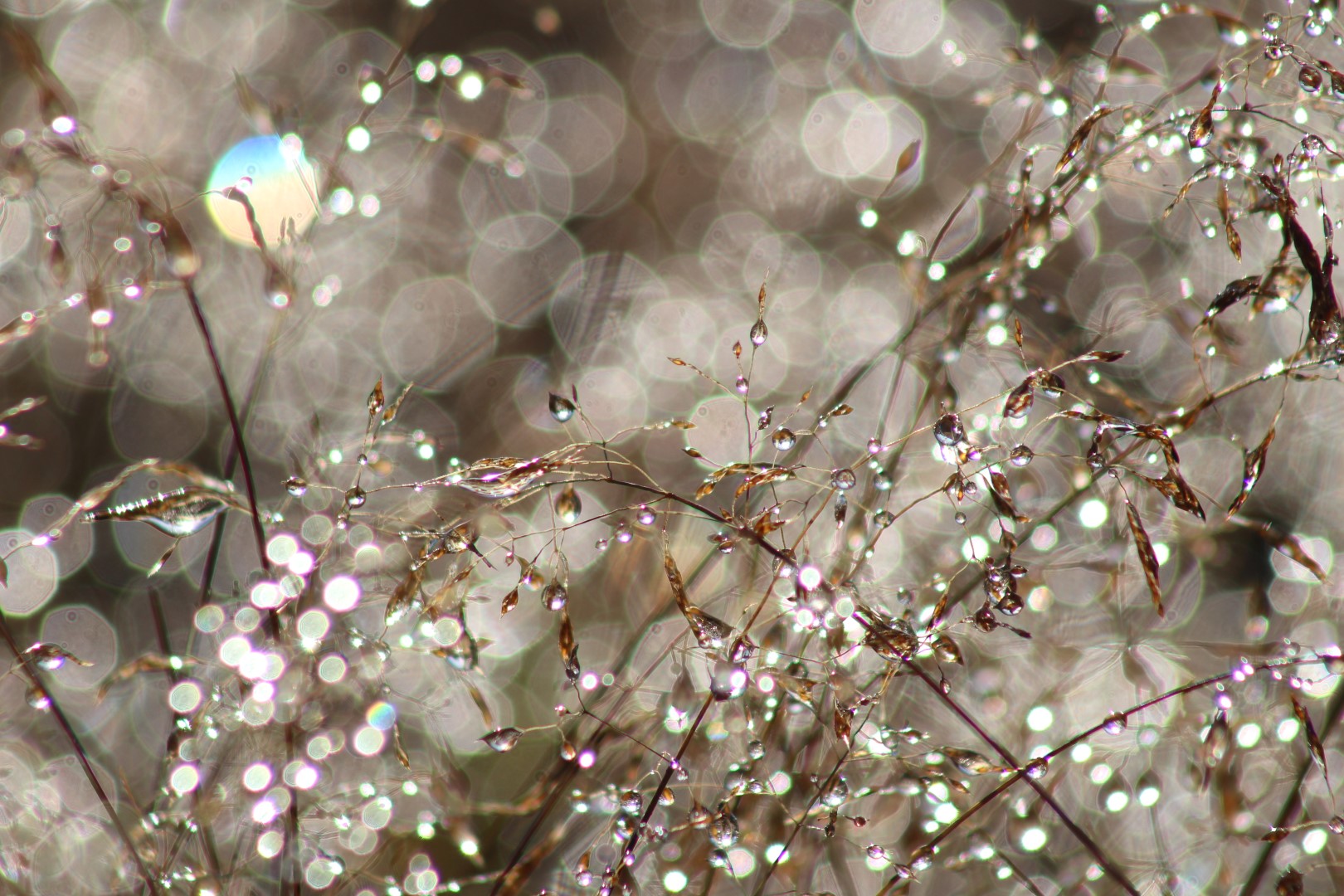 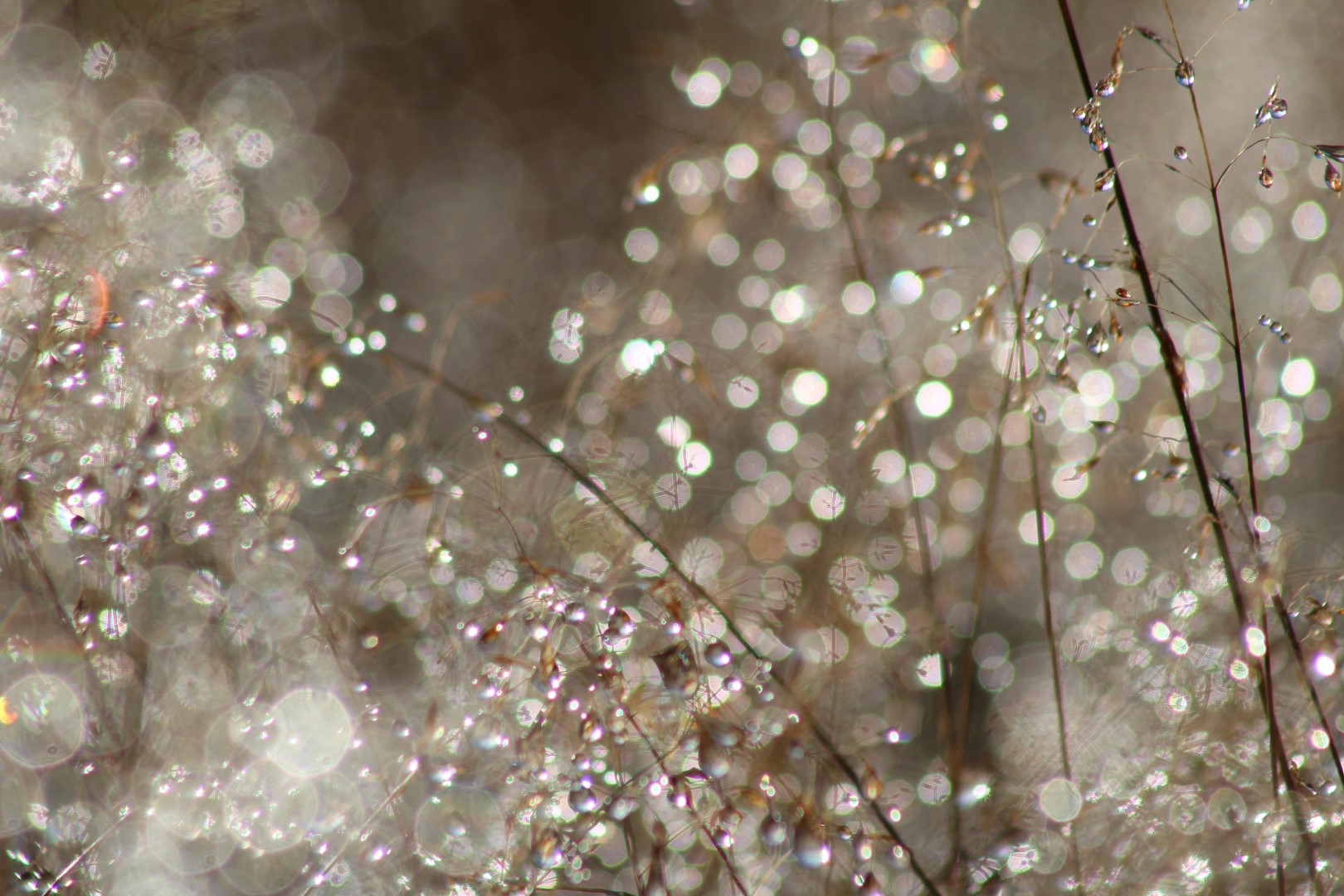 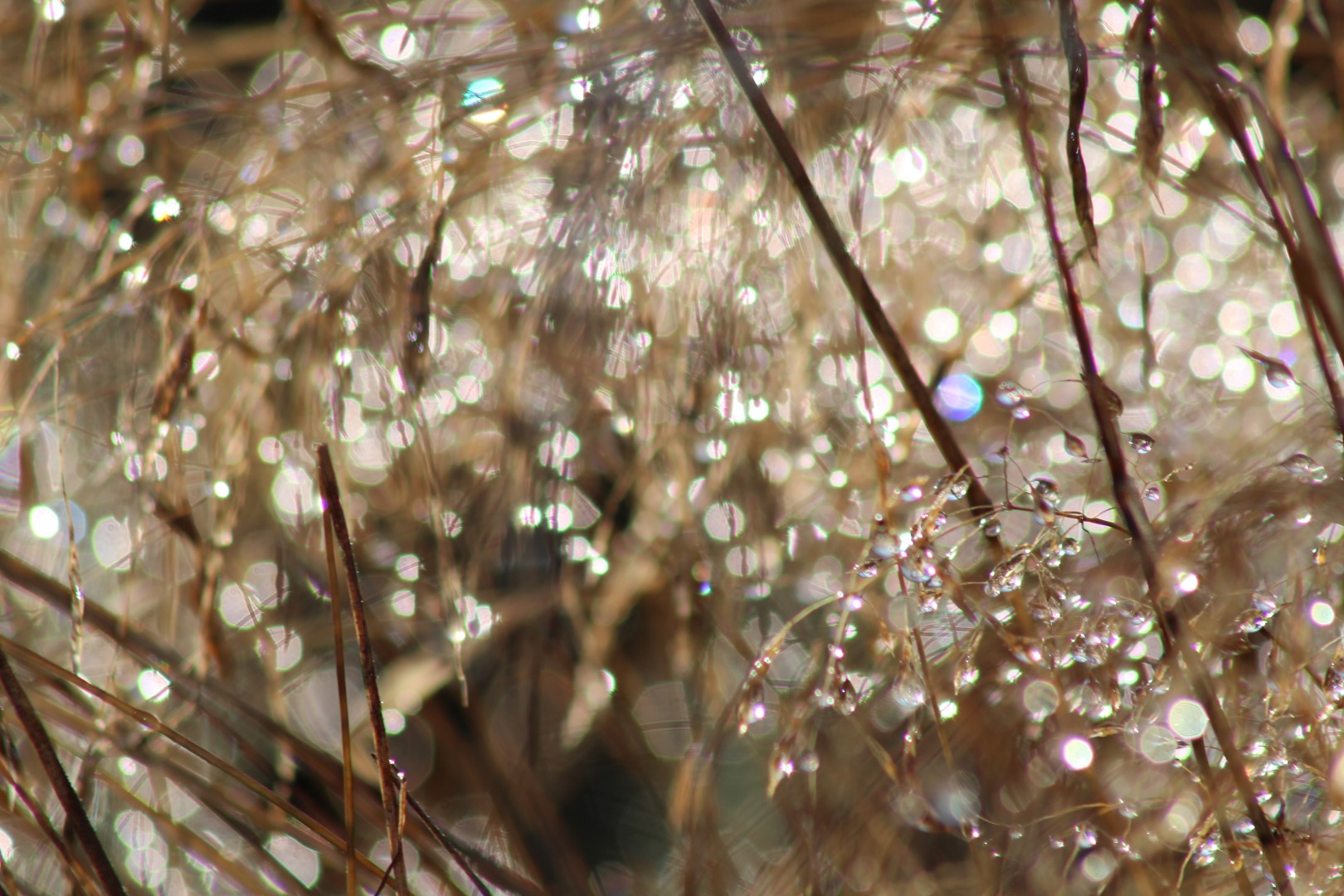 However, water droplets isn’t the only way. Any bright focuses of light produce this – gaps in leaves of trees, if the sun is bright behind them, for example.
Why hexagons? Well, the aperture on a camera (or at least less modern cameras) comprises of 6 straight-edged blades, which slide in on each other to constrict the hole. The resulting gap between them is, of course, a hexagon! Some newer cameras now come with curve-edged aperture, so the resulting highlights are circular instead.
Some creative photographers have created personalised bokeh shapes by cutting a pattern in a piece of card and placing it in front of the camera lens to act as an aperture in itself.

So how do you actually achieve this effect? Well, you will need a large or fast aperture,  ideally f/2.8 or less. This decreases the depth of field, making the background blurred, which is exactly what you need.
Then, simply go out in the morning, find some dew with sunlight glinting off it, and experiment with focusing on different areas. You should make sure the drops themselves are out of focus.
Other great subjects are fairy lights and similar small lights, which produce the same effect.
Finally, the highlight, for me, was finding a pair of Crossbills – in my local woods! I went looking for them earlier this year in Scotland, but unfortunately failed to find any (although I did see more than enough other amazing animals to make up for it: read about my trip to the Cairngorms).
So I was ecstatic (not to mention surprised) to find some less than a mile from my house! I went out on a walk in the morning, and was photographing a group of Goldcrests in the heathland. However, they soon disappeared into the trees, and I was just about to move on when I heard an interesting bird call coming from the very top of a pine. I looked up, and just about made out the bird’s profile against the sky. Using my handy zoom lens I could just about get a photo of it, although it was very blurred. 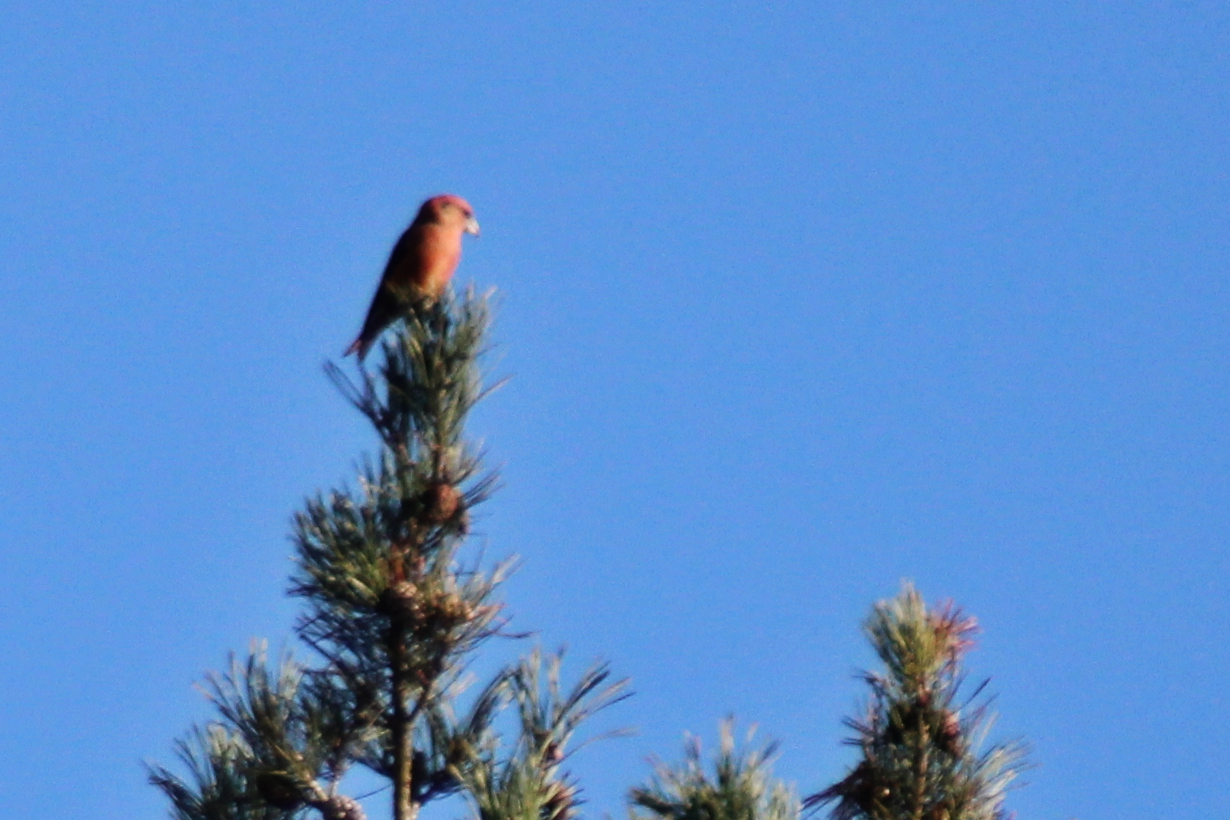 Even from this distant picture, I was sure it was indeed a Crossbill – there’s no mistaking the male’s striking red plumage. After waiting a few minutes I could make out a female in the tree with it – an equally charming green hue. And as if seeing Crossbills in the middle of Surrey wasn’t enough, it flew down onto a lower branch just close enough for me to take a better photograph! From this you can just about see the characteristic crossed bill after which they are so aptly named. 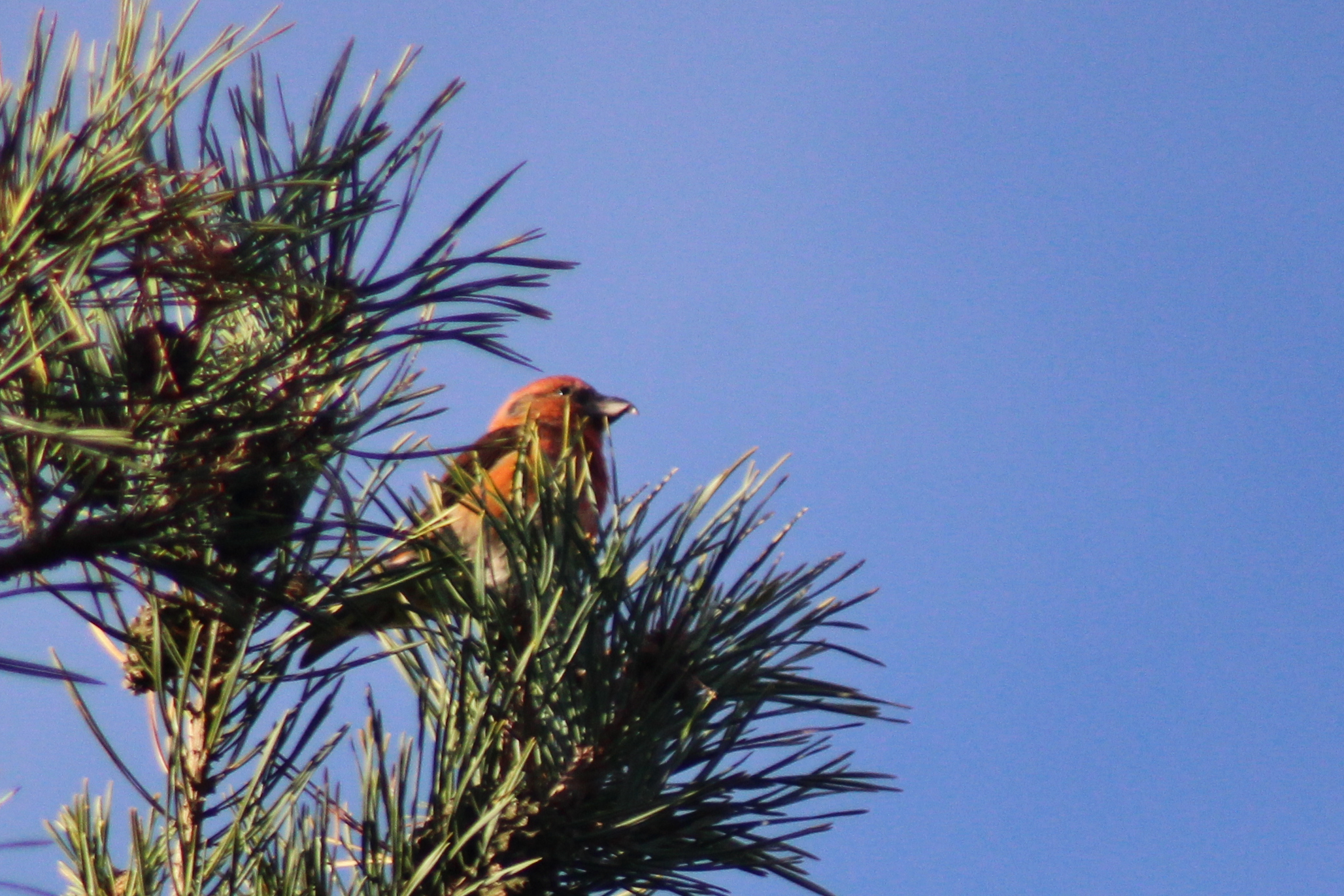 They have this specially shaped bill to extract seeds from pine cones: it inserts its bill into the gap between the scales of a cone, and the mandibles move sideways in opposite directions, prising the scales apart. They then fish the seeds out using their tongues and eat them.

But just how rare are these woodland beauties? Well, there are estimated to be around 40 000 pairs breeding in the UK. These are mainly concentrated in the Scottish highlands, however they are actually widespread and can be found almost anywhere, with the exception of Central and South-Western England. To give you an idea of the scale of these numbers, the blue tit’s population is estimated to be 3, 600, 000 pairs, in addition to a further 15 million wintering pairs.
Its population in some years can explode, and can be found more often around the country.
So it actually isn’t shocking to find one in the middle of Surrey, although it is a rare find for this area and one I am still very pleased with. This weekend I’m hoping to try and rediscover them, and maybe get a better photo!