This is one of those general blog posts about what I have seen recently. I haven’t been able to go out so much because of my heavy workload, but when I have found the time I’ve seen some pretty amazing stuff. And as my parents were too busy to drive me, all these creatures were found within walking distance of my house – showing if you spend enough time looking, there’s always something interesting close to home!

Let’s start with a new bird species – the Lesser Redpoll. Now, I’ll apologise in advance for the awful photos – they were high up in a tree, and didn’t come down. You can just about make out the beautiful red crest that gives them their name though! 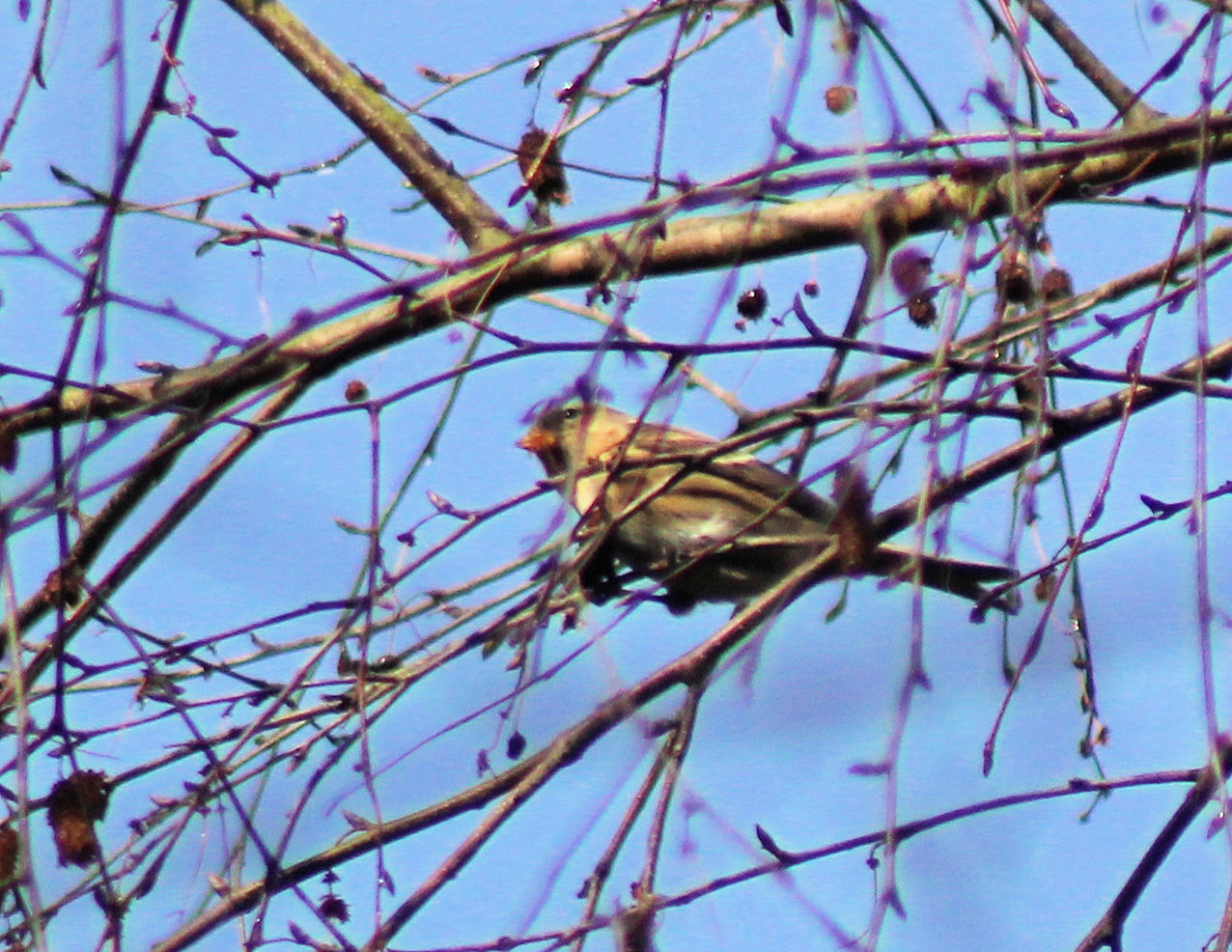 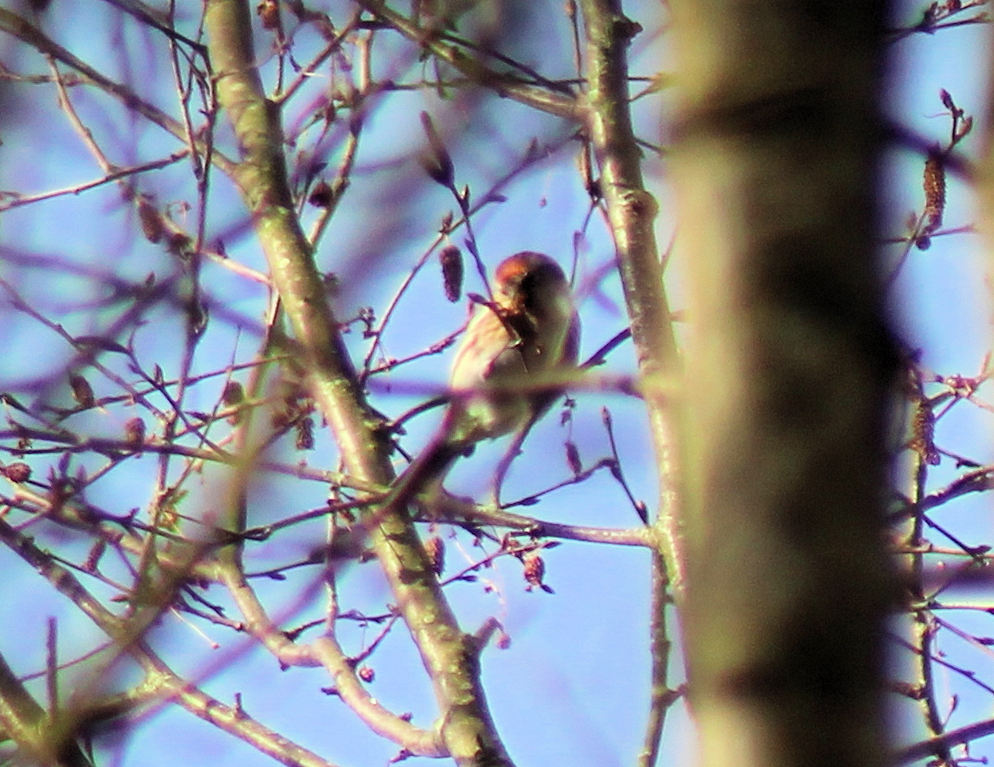 Redpolls are infact not simply winter migrants, as I had originally believed, but are widespread UK residents (although in central and southern England they are rare). They do migrate, but only usually short distances and these ones I saw near me will most likely have moved down from cooler northern regions for the winter.
It was my first encounter with this beautiful species, and it was amazing.
I find that being in the centre of a large flock is quite exhilarating. When surrounded by birds, all chattering among themselves, the very air seems to come alive. It is as if their enthusiasm is infectious, and they all share the joy of being alive – it’s no longer just about survival. And for that very instance, until the land rover drives up the dirt track and scares them all off, I feel I am part of that too. 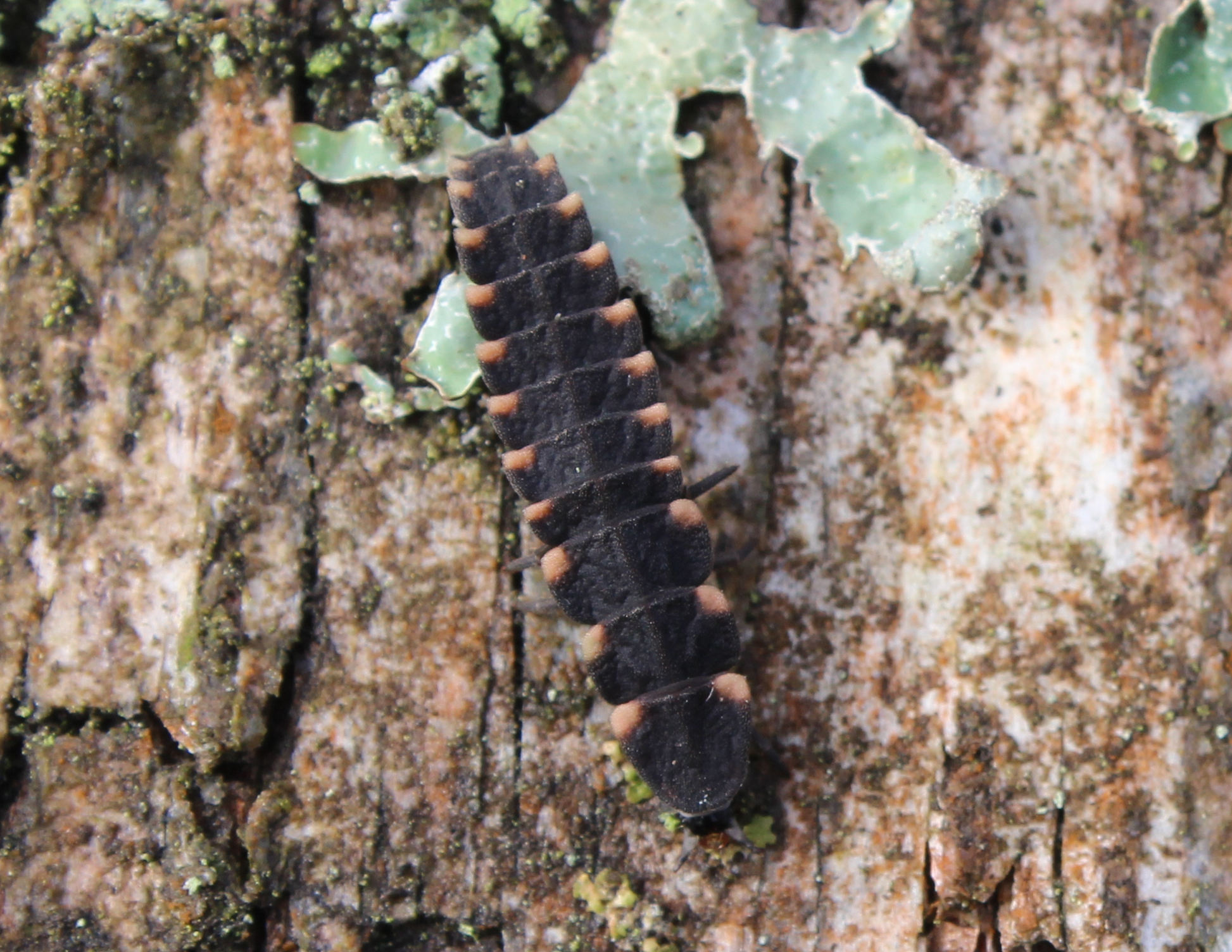 It was around 2cm long, armoured like a woodlouse, with three pairs of legs at the very front. 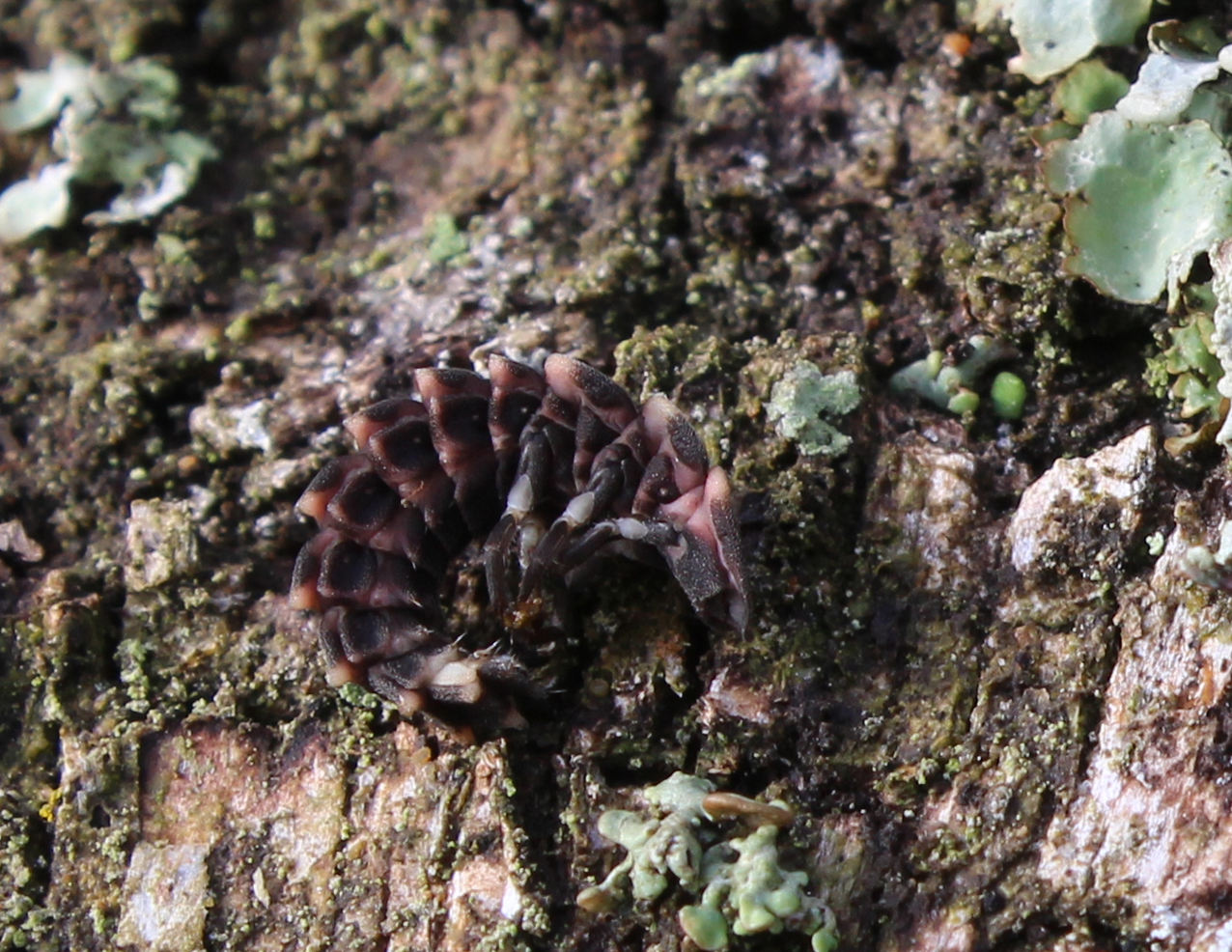 So what is it? I shall keep you in suspense no longer. It was a GLOW WORM!!!!!!!!
The females  only glow in summer to attract mates., most likely in July, so I will try my hardest to get some photos of them doing this.
I have always wanted to see glowworms, and I had no idea you could find them around this neck of the woods, so to say I am over the moon would not be an overstatement.
Glow worms are very rarely seen, and it isn’t really known whether they are in decline or not, as they are so difficult to monitor and populations vary widely every year. It is however quite possible that they are in decline.
They’re no longer the only light of the night. Humans have brought artificial lighting practically everywhere, and its not difficult to imagine glowworms struggling to spot each other through it.

Something EVEN MORE EXCITING (can you believe it?) happened just today.
Saturday’s ridiculously good weather (first day of the year I haven’t worn a fleece) tempted me out of all of the work I had meant to do, and drew me up onto the heath for a walk in the sun – as it turned out, procrastination can be a good thing…
Although it was early afternoon, so probably too late to see adders, I thought it was worth a try.
I walked over to a piece of corrugated iron, the one I always visit (but there’s never anything there). Just as I approached it something whipped out from underneath and into the heather.
Having recently read in an article that adders will usually return 20 minutes after being disturbed, I decided to just sit and wait with camera at the ready. It’s not that I’m particularly gifted with patience (although regular badger watching helps) but on such a lovely day I was just happy to be outside.
After  about the advised time, I raised myself very carefully from my spot and edged painstakingly forward, fearing any vibrations or movement in the heather could scare it off.
When I reached the border of the corrugated iron, I stretched out my hand to lift it up when I raised my eyes and saw an exquisitely coloured little Sand Lizard sitting on top of the other end. 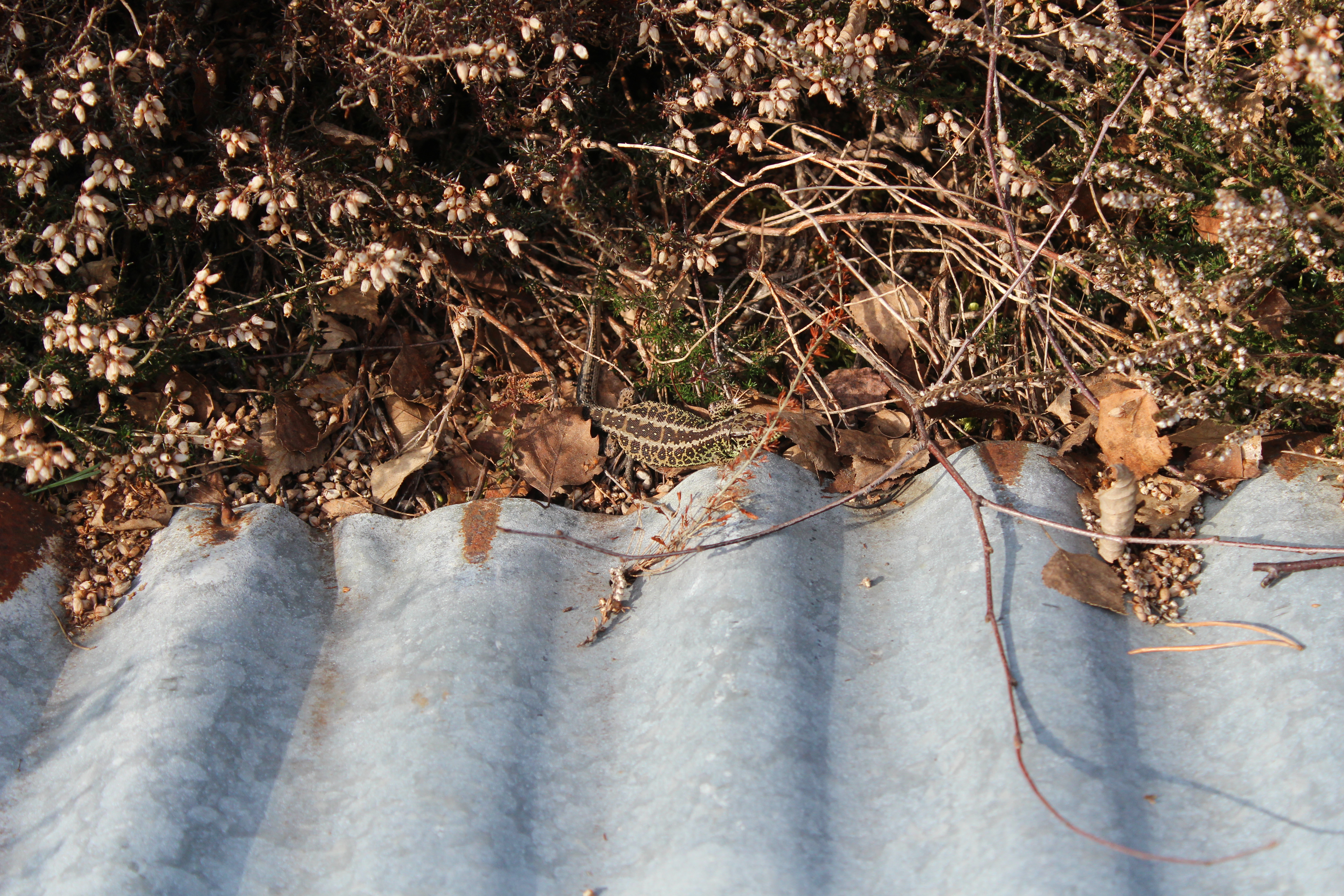 It was staring at my hand distrustingly, considering whether or not to make a break for it. If I were in its shoes, I would have been off like a shot; this lizard had some nerve. In fact, it let me watch it for 20 minutes from only centimetres away!
Having said that it was still very difficult to photograph, as every movement had to be performed ten times slower than usual, and all my muscles were going stiff. In the end I did manage some better photos, and below you can see the beautiful green mottled pattern of the male in its breeding colour. 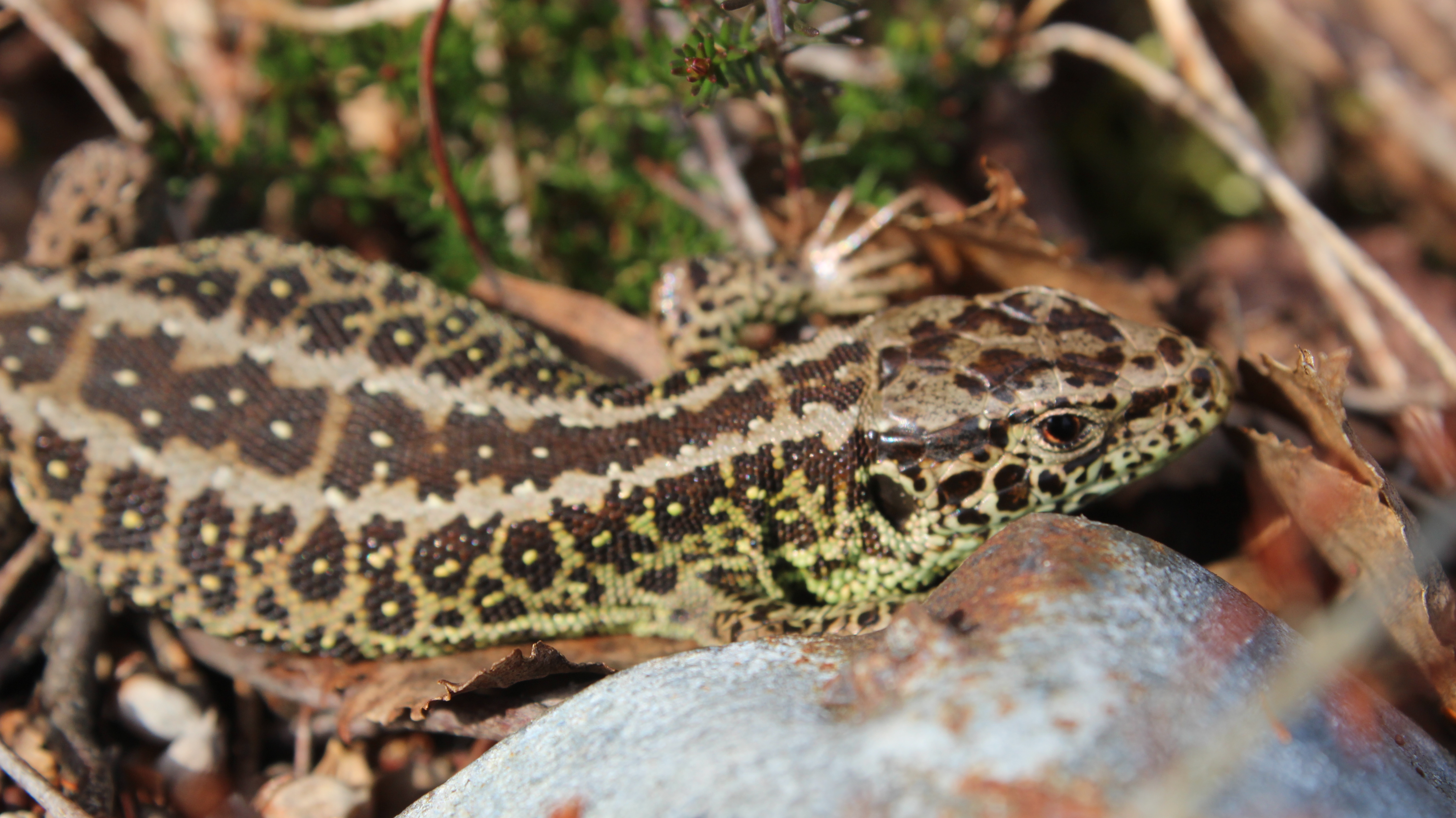 This, as well as the bold two lines running down its back make it identifiable as a Sand Lizard. 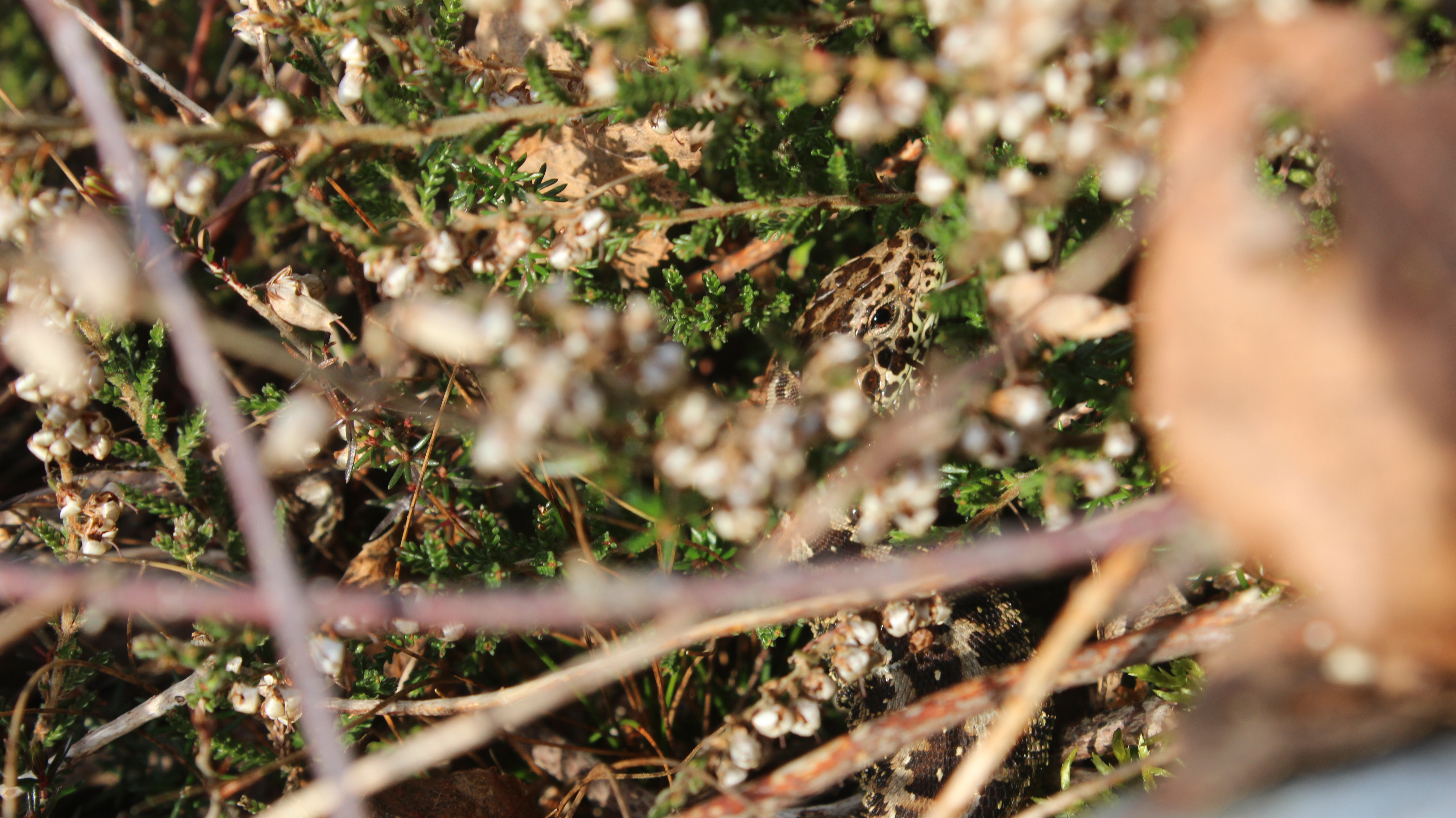 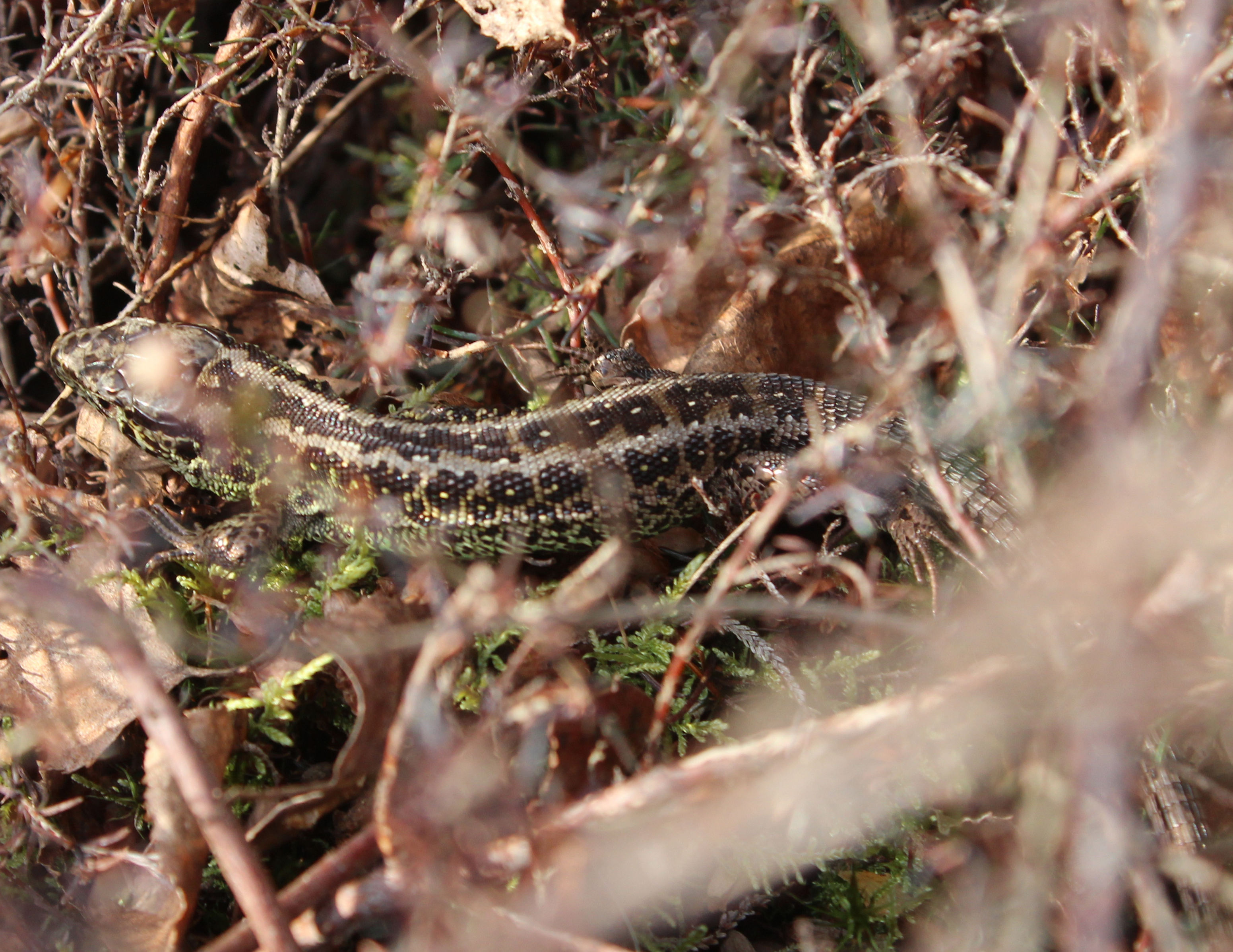 I have never seen Sand Lizards in Britain before, and although I had hear rumours that they were living near me I wasn’t quite sure whether to believe it or not ( I haven’t seen one before in the ten years I’ve been living here). They are very rare, and restricted to very few sites, so I am very pleased to  have found it, let alone got such close and extensive views! What a beauty.

So all in all a terrific week, I hope you enjoyed reading about it. Please comment below if so!