TV
Interviewed live on Channel 4 by John Snow about the State of Nature Report.

Featured in a segment on Channel 4 news talking about the general election and the urgent climate and biodiversity crises.

Speech at the RSPB AGM

Photo appearance on Autumnwatch 2016. Read about it here or watch it happen in this short extract…

I have regularly written for several magazines, including the RSPB’s teenage ‘Wingbeat’ magazine, and New Nature
I have also been quoted in The Guardian, and featured in BBC Wildlife, The Curlew and several local newspapers.
I believe that I was  in a Japanese national newspaper in an article about whaling, but I have no way of checking!
I was also one of the young conservationists who contributed to the foreword for the State of Nature Report, which was previously written by Sir David Attenborough! 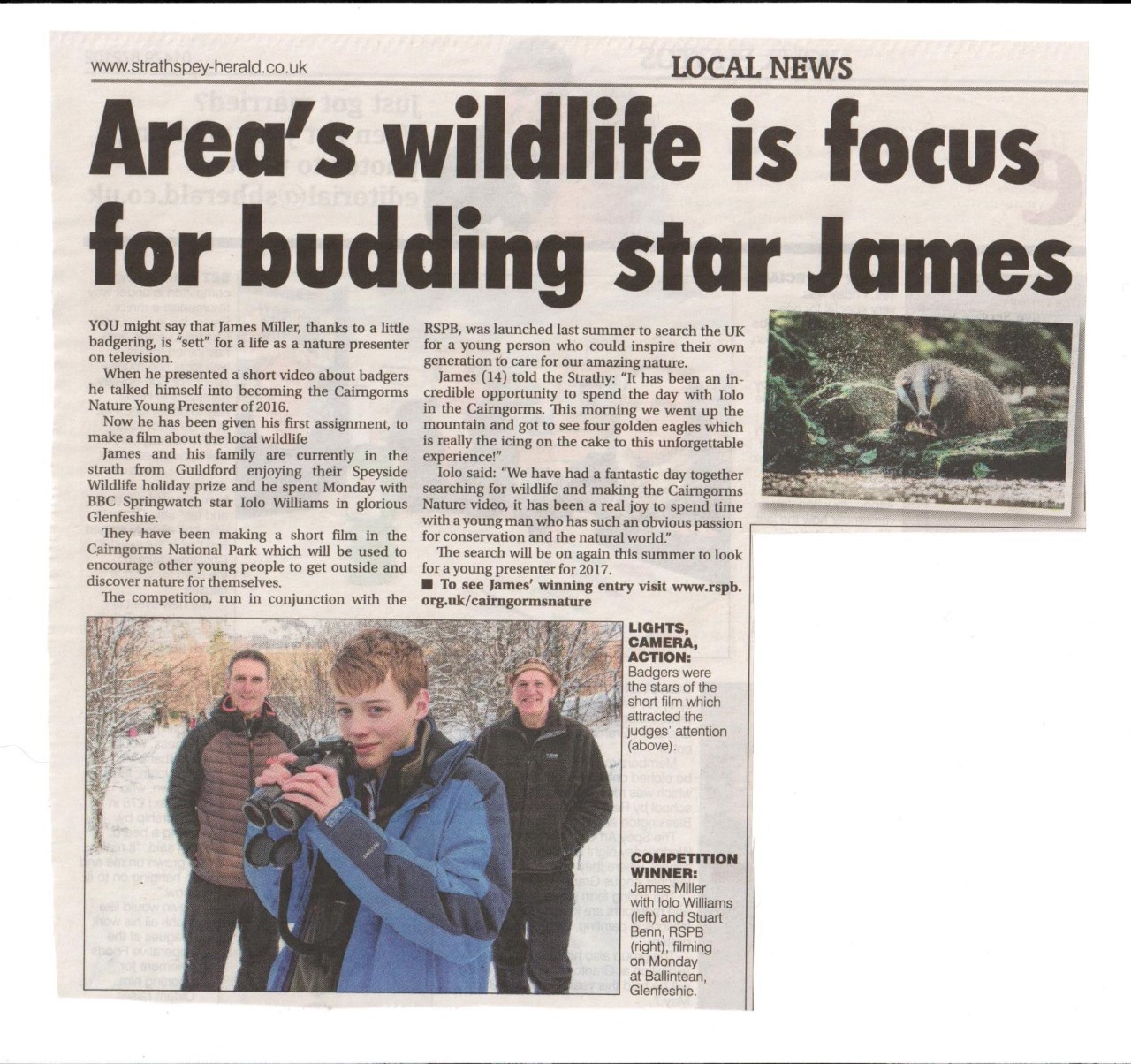