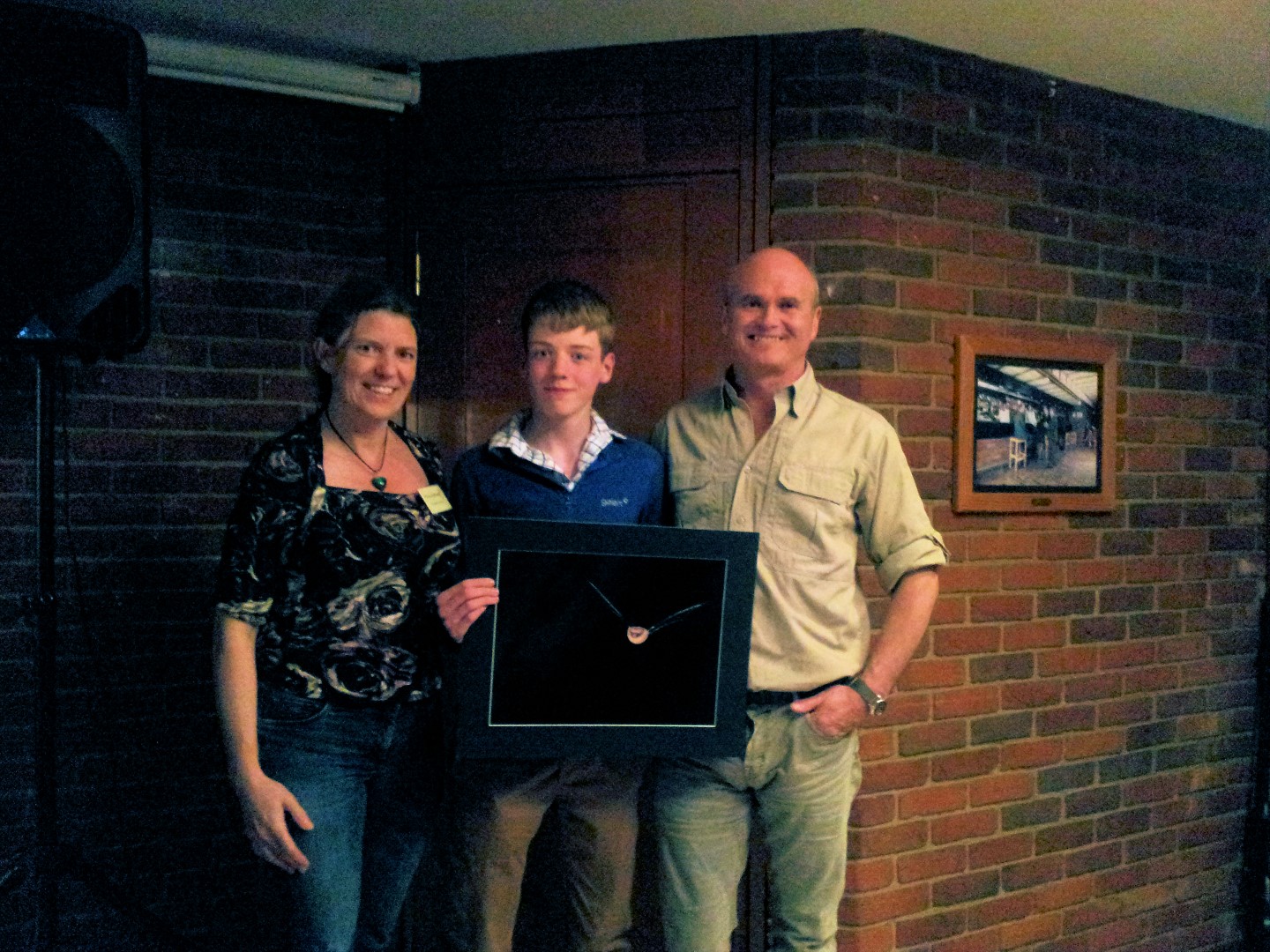 Credit: Thanks to Charlotte Marshall for photo

This year I entered the Mammal Society’s ‘Mammal Photographer of the Year’ competition, the title of which should tell you all you need to know – it is an annual photography competition dedicated to (British) mammals.
There are several categories. There are two for young people – the 15 and under section (which I am just young enough to fit into), and the 16-18s. In the adult section, there is the Mammals of the UK , Mammal Comedian of the Year, and best Mammal Society member.

I had made up my mind to try to enter this competition, but was sort of at a loss as to what to submit. You could enter 5 photos, but I don’t have many good photos of mammals, and there were only 3 that I thought had any chance of winning: 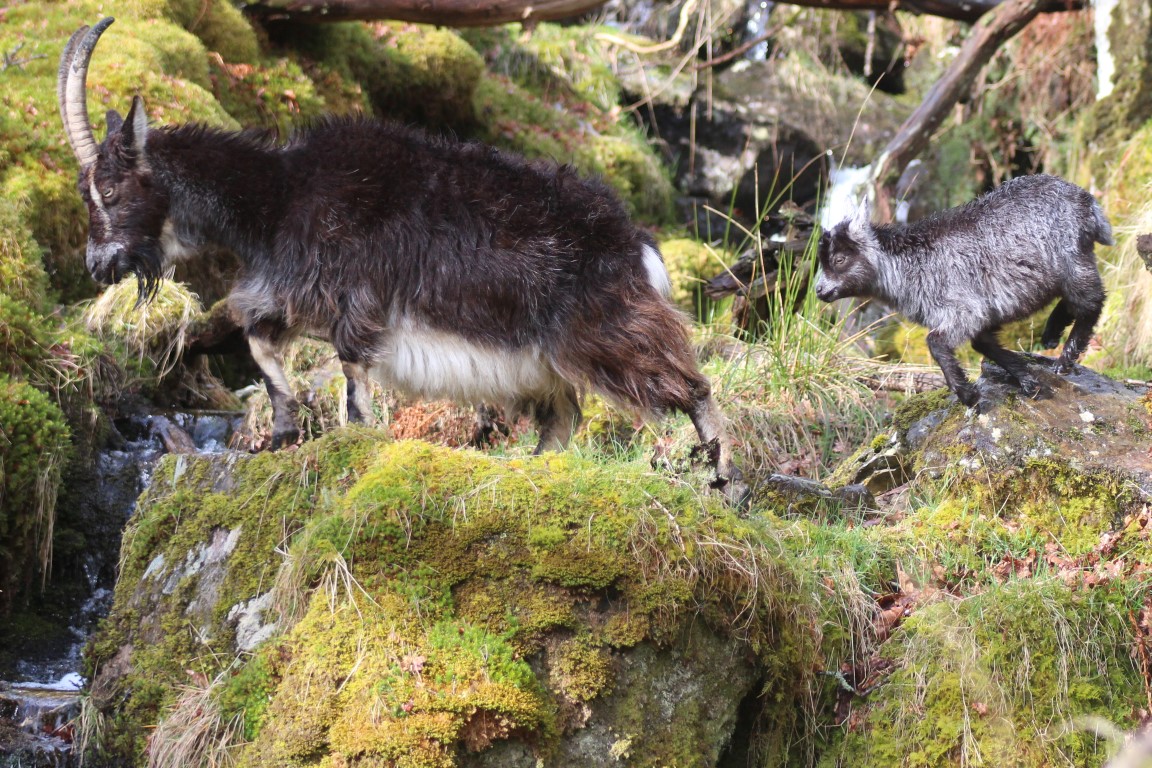 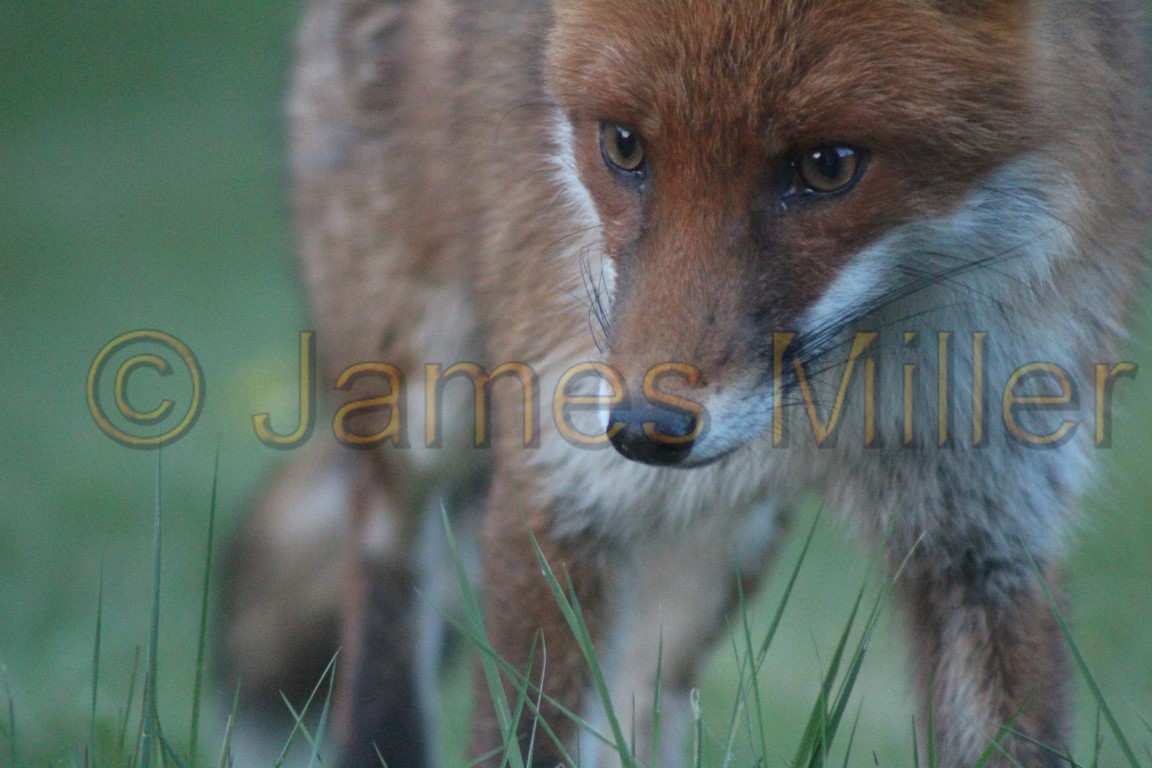 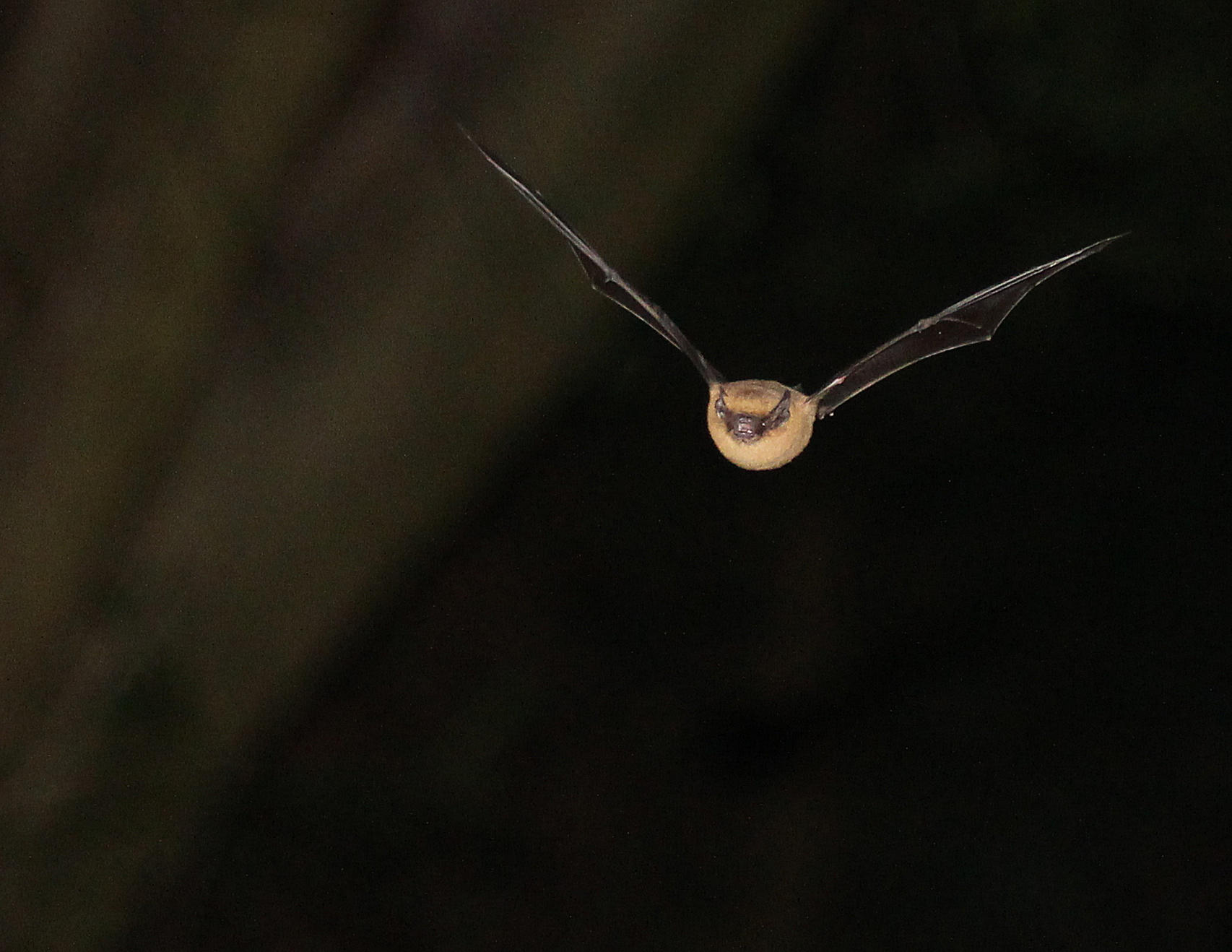 To cut a long and boring story short – to my amazement, the final photo of the bat won the 15 and under section! Simon King was one of the judges of the competition, and commented:
‘It is hard enough to watch a bat, let alone get a photograph of one in flight in focus.  Bravo!’

Indeed everyone I spoke to wondered how I managed to photograph the bat, so here is a quick explanation…
Basically, it just took patience.

And a more in-depth explanation… apologies if you have already read about how to photograph bats in a previous blog post of mine.
Near my house there is a narrow woodland passage, which leads to the badger sett where I do a lot of filming. This is where some pipistrelles hunt for insects. It is an incredible experience, having bats fly right past your face in the dark – sometimes even brushing my hair with their wings!
On the way back from seeing the badgers, I sometimes spend a few minutes with my tripod and camera pointing down the narrow path, finger on the trigger (or shutter release, in this case) ready for the oncoming bats. There are many difficulties with photographing this aerial acrobat. Firstly, it’s night, so they’re difficult to see coming towards you. Fortunately after an hour of badger watching my eyes have adjusted, so this isn’t too much of a problem.
Secondly, they’re fast – up to 60mph. This means that you have to know where they’re going to be, because human reactions simply can’t cope quickly enough to be able to get it in the viewfinder, get it in focus, and press the button in the instant that the bat is there. That’s why this passage is ideal – there is a limited area in which the bats can fly. The fact that bats fly in repetitive circuits also helps. So I focus on a certain place in the passage – a branch usually- then aim the camera just beneath that place, and wait. If I see a bat draw up level to this spot, I know that it will be in focus, and I take a photo. Most of these end up being just out of focus, because I released the shutter an instant to early or too late. However, one or two, like the photo above, end up in focus.

So, there you have it, that is how I got the photo.

What next?
Well, the awards ceremony was in Cambridge on the 31st of March, the very start of the Mamma Society’s Spring Conference. I was really looking forward to it, because not only would I get to meet Simon King and receive my award, but I also used to live in Cambridge and have a lot of old friends that live there.

It turned out to be the great weekend I’d hoped it would be.
We walked to Robinson College where the event took place, struggled slightly to find out where we were meant to go, asked the porters, and walked into a big hall.
We were amongst the first to arrive, and not everything had been set up yet. However, we did get to meet Charlotte, who is the Informations Officer for the Mammal Society and so had been the person who was in contact with us.
I had a look around at the exhibition, and there were some stunning photos – I really recommend having a look.

There was then an hour or so of meeting people, and surprisingly, I already had heard of quite a lot of people there, and knew a few very slightly from twitter. It was great to put some faces to names, and meet a lot of new (really nice) people, and I enjoyed that. It seems that those who care about wildlife also seem to care more about people too.

Eventually we all moved to the lecture theatre, where Simon King was patiently waiting ready to start his talk.
It started off with the prize giving, and Simon offering his opinion on some of the winning photographs and explaining why he chose them. One interesting point of composition that came up quite a lot was having things arranged on a diagonal line. You can see this quite clearly with the pine marten photo. I will try to use this much more in future.
Finally it got round to my photo, and he basically said that it was incredibly difficult to photograph a bat. He asked if I had used a beam break sensor (or whatever you called them) and I shook my head. He then suggested several other things, all of which I shook my head to. Finally he said ‘Did you just take a photo?’ and, to avoid a lengthy and complicated speech similar to the explanation above, I simply nodded – I sort of just did take a photo.

I went up to receive my signed book from Simon and returned to my seat to enjoy his talk. It was based on the book I had just been given, so I was intrigued to see what it was all about. It was a great talk, and just dipped into how to track and watch some species (with perhaps some emphasis on mammals – after all, it is the Mammal Society).
Afterwards, there was time for a few quick photos and then we shot off for some late dinner with a friend. 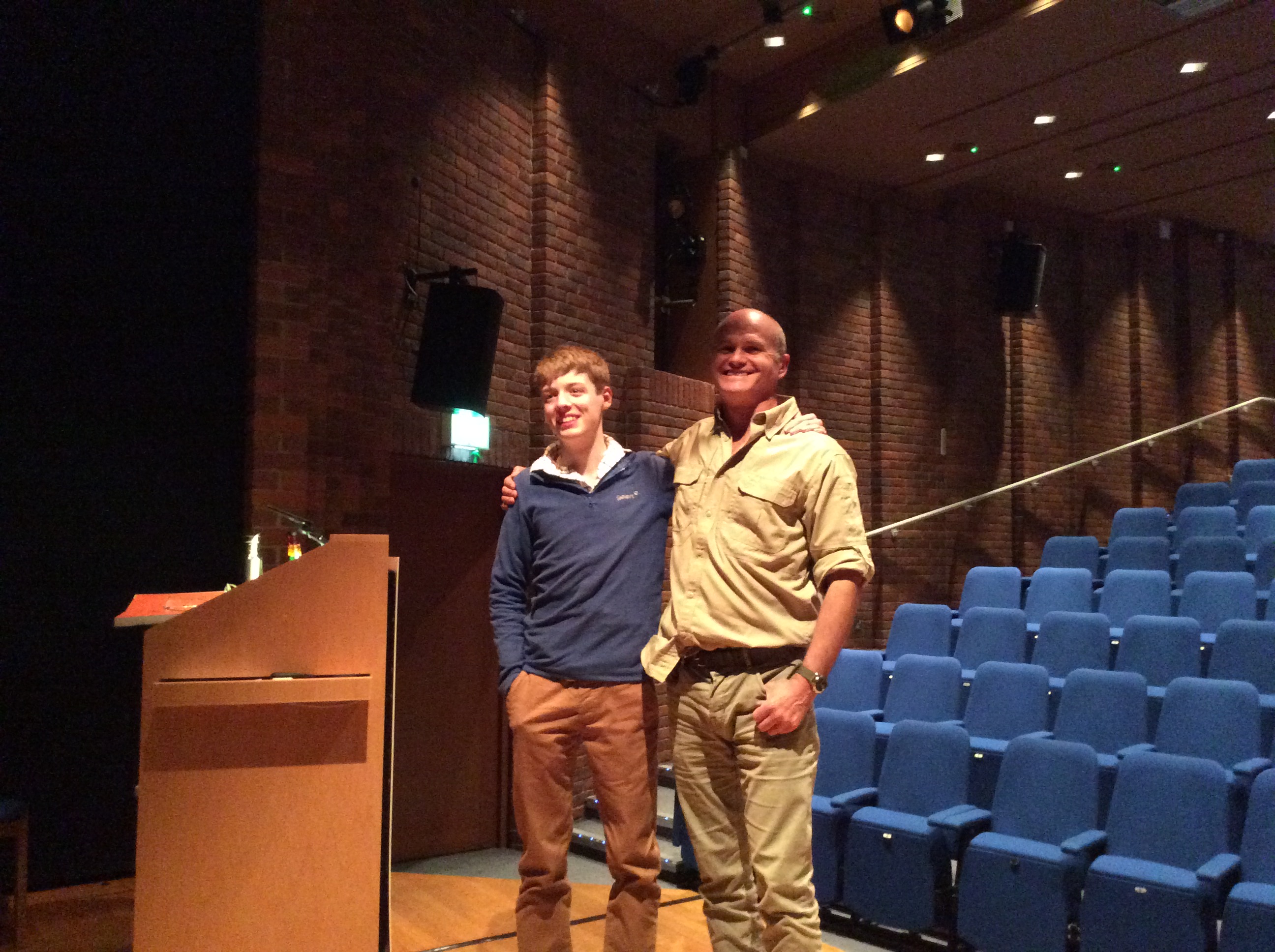 The book as well has been very interesting and very informative.In fact, I have been looking for a book like that for a long time know; one that shows you how to actually go about getting the best views of an animal.
I really recommend it to anyone interested in tracking, photographing or even just watching wildlife.

We spent the following day meeting up with friends, and taking walks around the outskirts of Cambridge. Cambridge is a really beautiful place in some areas (although the scale of development taking place there is really depressing).
I’ll save that for a different blog post.
Hopefully I’ll get some nice photos of fox and badger cubs over the next few weeks, and if I do I’ll certainly show you them.

Meanwhile, the competition is getting quite a bit of media coverage, which is nice – it was on television at one point!

2 thoughts on “Mammal Photographer of the Year”