From June the 24th to July the 1st, it was national badger week.
I may be a little late,  having had no free time over the last month, but here is a blog post I have written for it.

Badger week is a celebration of one of our most wonderful and iconic species in the UK.  In fact, very few animals can evoke such strong emotions in our normally mild and imperturbable nation.

Our relationship with badgers

Well, we didn’t always have such a love-hate relationship with badgers. In fact, until the early 20th century, we had a near undivided hatred of the animal. For hundreds of years the badger has been subject to the amusement of the least humane of all humans. Badger baiting (where badgers are released in a confined area and are attacked repeatedly by dogs) was seen as the sport of the lower classes, while fox hunting was reserved for the upper classes. Both practices were – and still are – equally as vile as each other, and in both the animals are subject to an extended period of intense pain and fear.
Even back then there was those who recognised the horror of their treatment of their fellow creatures, and protested against it. Towards the end of the 18th century, this notion became stronger, and influential men of higher classes began to defend the rights of this ‘quiet and harmless animal’, and praised its admirable courage in the face of such cruelty.
Eventually, in 1835, Parliament gave in and passed the Cruelty to Wild Animals Act.
But, as the name suggests, there was a slight loophole in this Act, and captive, ‘tame’ badgers were still permitted to be baited with dogs.
And similarly, badgers were still allowed to be unearthed from their underground homes with dogs, in a new pastime – badger digging. Terriers were sent down holes, cornered badgers in tunnels, and then growled loudly. The men would then know the location of the badger, and would dig down until they had found and bagged it. This often ended in injury or death for both the dog and the badger.
The protection of the badger was legally reinforced by the Protection of Animals Act 1911, and then the Animal Welfare Act 2006.

But perhaps the man that ought to be thanked the most for changing the public’s attitude towards these creatures is Kenneth Grahame, author of The Wind in The Willows. In this Mr Badger is not only personified, but given the character of a cautious and grumpy gentleman, who reveals a relaxed and friendly side when known better.
It is a classic children’s book, with over a hundred different editions published and an extremely high readership.
Similarly Roald Dahl continues the same mission in Fantastic Mr Fox, and won a lot more people from an early age onto the side of the Fox and the Badger.

And this has proved very important, because without the relentless defence of the British public, badgers and foxes would almost certainly be permitted to be shot and hunted today.
Fox hunting still persists (although its popularity is diminishing), and badgers face a new threat – culling to protect livestock from TB. 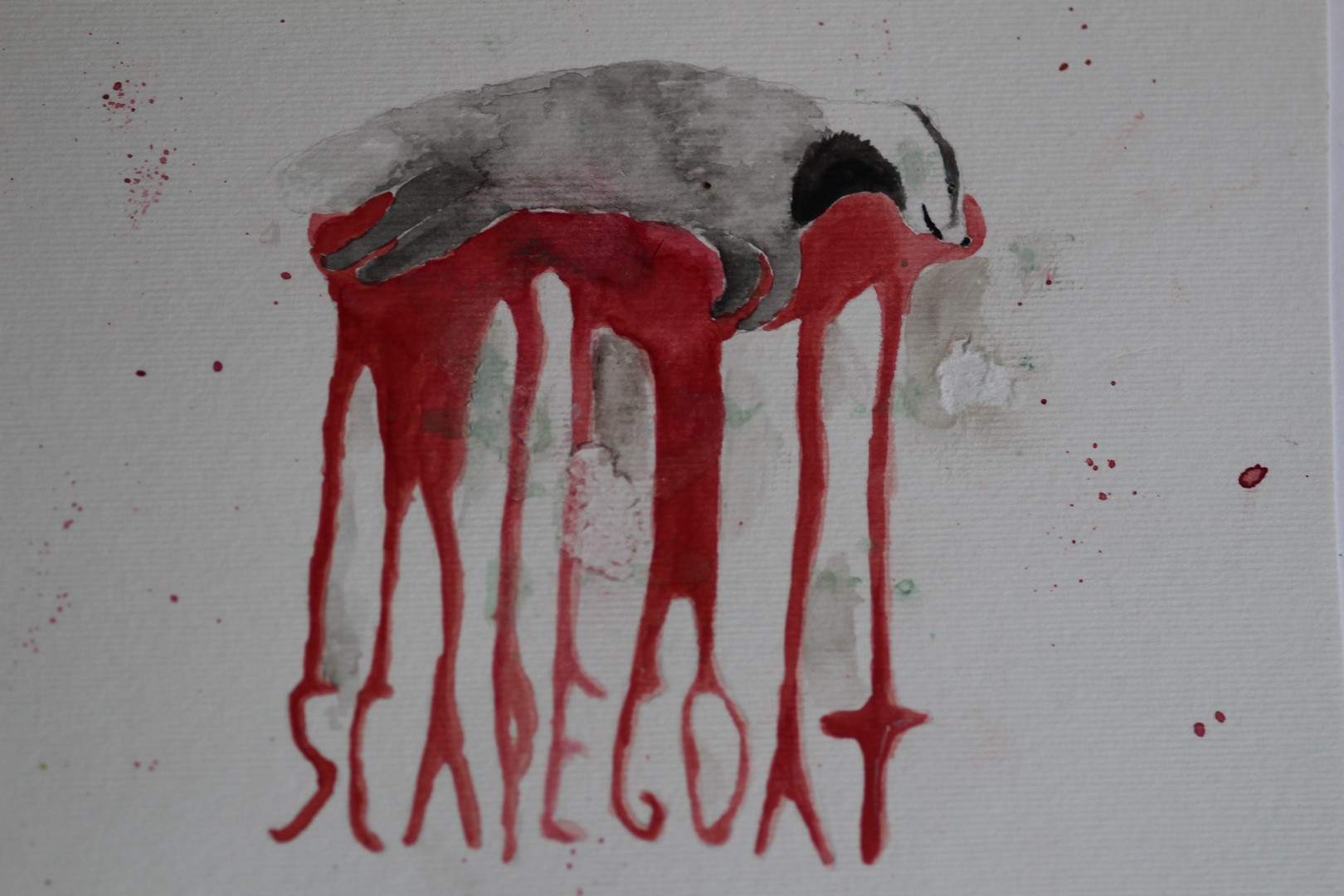 Admittedly, this matter I feel to be a much more debatable one. Farmers are suffering terribly, and thousands of cattle die annually. It is an important issue, and something must be done. Badger culling isn’t a ridiculously ludicrous idea, but I feel it to be the wrong one nonetheless.

Yes, there is evidence that badgers can transmit TB, and yes, culling badgers could possibly reduce TB in cattle, but all the scientific research points towards this method having such a minute effect that it really would not be worth all of the money, effort, and pain that the cull would cost.

For me, perhaps the first point to consider is the morality of the cull. I don’t think it is right to wipe out a native, sentient species from large areas of Britain for the sake of increasing the productivity of our already over-intensive farms.
The way in which they are killed is also ethically questionable. Shooting a squat, cautious and potentially fast animal in the dark is no easy task. In 2014, up to 18% of badgers shot took longer than 5 minutes to die.
It would be really heartless to let this kind of thing continue, just to get a steak on the menu.

On a practical note, it would require over 70% of badgers to be shot in target areas to see just a small improvement in TB incidences – otherwise the ‘perturbation effect’ causes badgers to change territories and behaviours, wandering in and out of the infected zones, and spreading these diseases further .
Is this achievable? This target wasn’t achieved in the 2013 cull. That means hundreds of individuals killed… for nothing. Again, even if it were to be achievable, destruction on that level would not be morally right.

The cost of the cull is, frankly, ridiculous –  roughly £6,775 per dead badger, most of which won’t even be infected. And yes, that comes out of the taxpayer’s pockets. Imagine if all that money was put towards vaccine research, better testing and biosecurity? Wales provides free Gamma inteferon blood testing for farmers – perhaps if we stopped getting distracted we could do this too. We know that more than 96% of TB transmissions are cattle to cattle, so why don’t we focus our efforts here?

Wales have managed to reduce TB incidences by 47% in 8 years without culling badgers, showing that it can be done. We just need to forget about the poor, troubled scapegoats and focus on combating the disease more effectively. 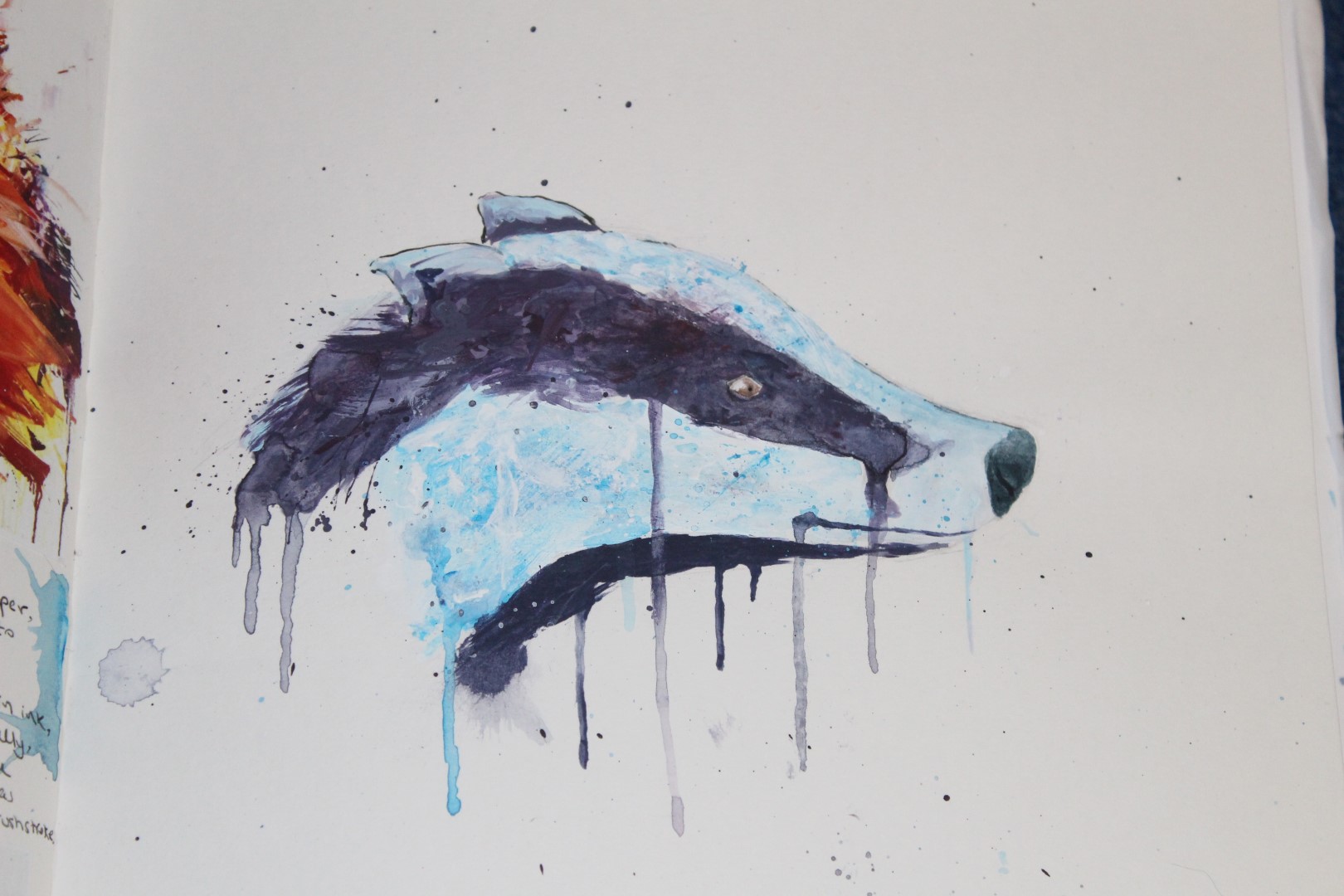 I particularly like badgers above most animals. I’m not entirely sure why.
Perhaps it’s due to the fact that they’re exciting – not something you see every day. They have a sense of mystery, and not many people know in the slightest what they actually do, besides living underground and coming out at night.
So when you do get a glimpse into their life, it feels like more of a privilege, perhaps, than to see a robin or a blue tit.

Perhaps it is because they aren’t so different from us in some ways. It isn’t difficult to read their feelings from their body language – you can easily instinctively tell when a badger is cautious, alert, aggressive, playful or relaxed. It makes them quite easy to anthropomorphise, and a little more relateable to ourselves – this allows us to create a little more of a connection than with most other animals.

Moreover, this variety of emotions, and the social interactions that take place between individuals in a sett, makes badgers really interesting creatures to watch.
Because they are so elusive, there are also a lot of unexplained or only theoretically explained behaviours that can be discovered and interpreted.

And the cubs are just heaps of fun.

Here are a few of my favourite clips I have taken of badgers, and they should hopefully show you what I mean…

Finally, here is a badger speaker  I made at school: 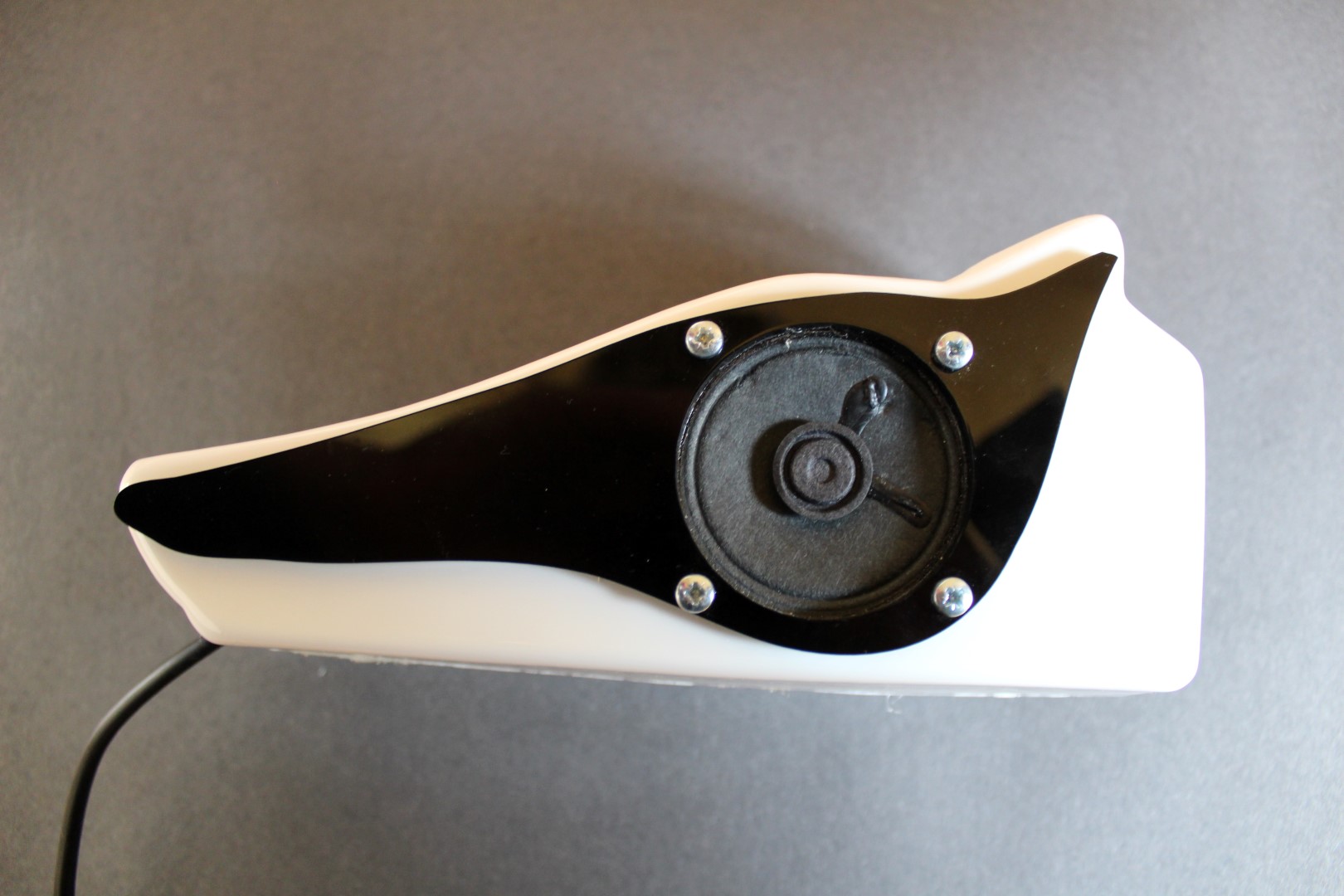 You attach a phone or an electrical instrument to the cord as pictured below: 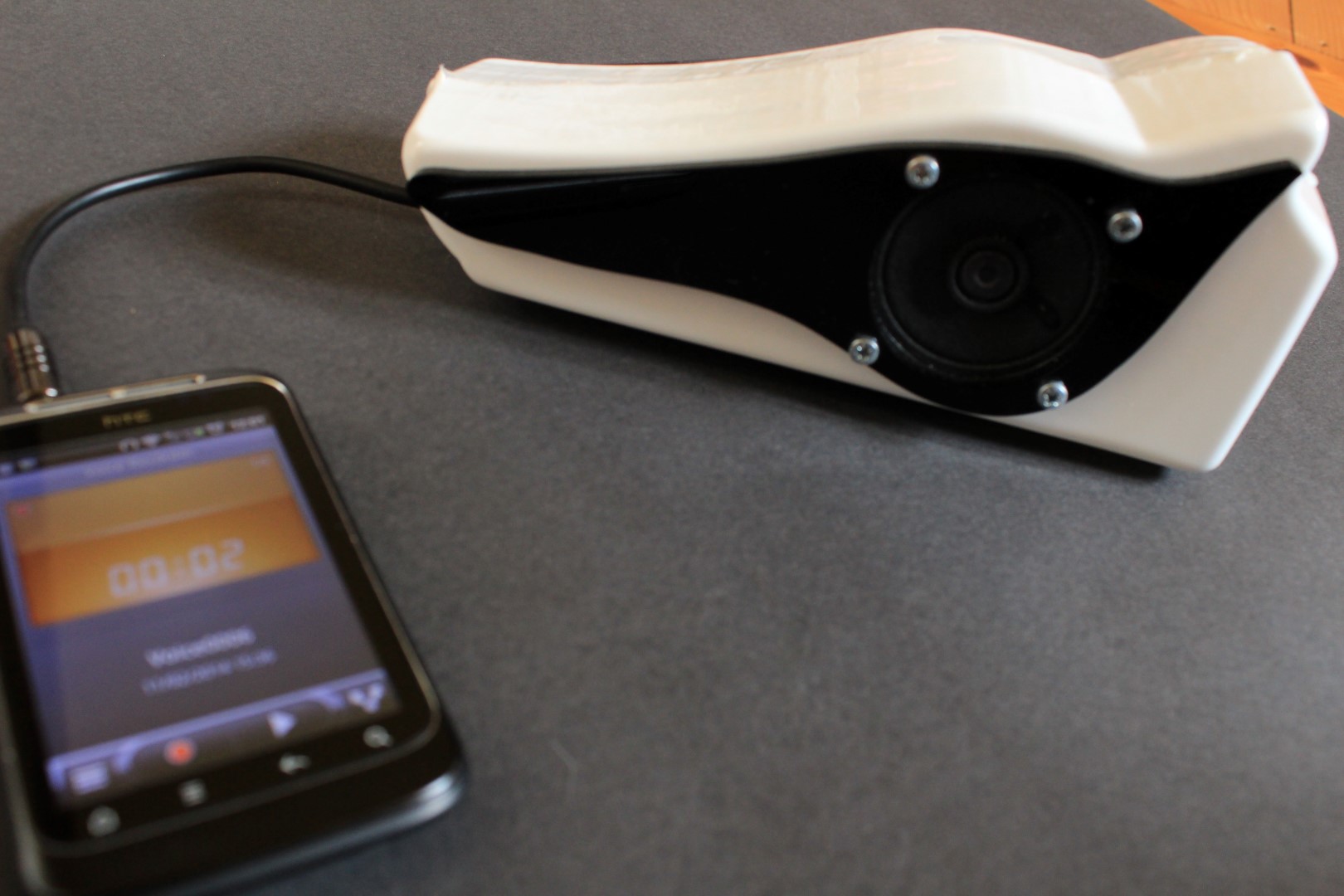