Yesterday, I was out in the garden, enjoying some rare British sun, when two of our next door neighbours bought  a baby rabbit to my door. They had found it alive but totally motionless by the side of the road, and had thought that perhaps I might know what to do with it.
This was one of those moments where I had to resist the temptation to take the poor creature in, and think about what would give it the best chances of survival. I confess, I had absolutely no idea how to look after a baby rabbit. My dad, who was also very interested in wildlife when he was younger, suggested that we put it in the field opposite, and that would give it the best chance of survival.
This we did, and it also gave me the opportunity to get to know one of my newer neighbours a bit better – a very nice man also very interested in wildlife and photography, and his whole family are members of the Wildfowl and Wetlands Trust.
When I returned to the house, I did a bit of research, and it turns out that this was entirely the right decision to make. In order to look after a baby rabbit, you have to either have rabbit milk or special kitten formula.
We had neither of those, and so looking after the rabbit would be doomed to inevitable failure. We also have a cat, who, although he is extremely old and lazy (he hasn’t brought in a mouse or bird for something like 5 years), he might be able to go for something as motionless and naive as that rabbit.
I went back an hour later, and it wasn’t there. Hopefully it will have survived.
Unfortunately I didn’t get a photo of it. However, here some photos of the badger that visits my garden. I haven’t seen it since Autumn, but it popped up last night, a few hours after we released the rabbit. 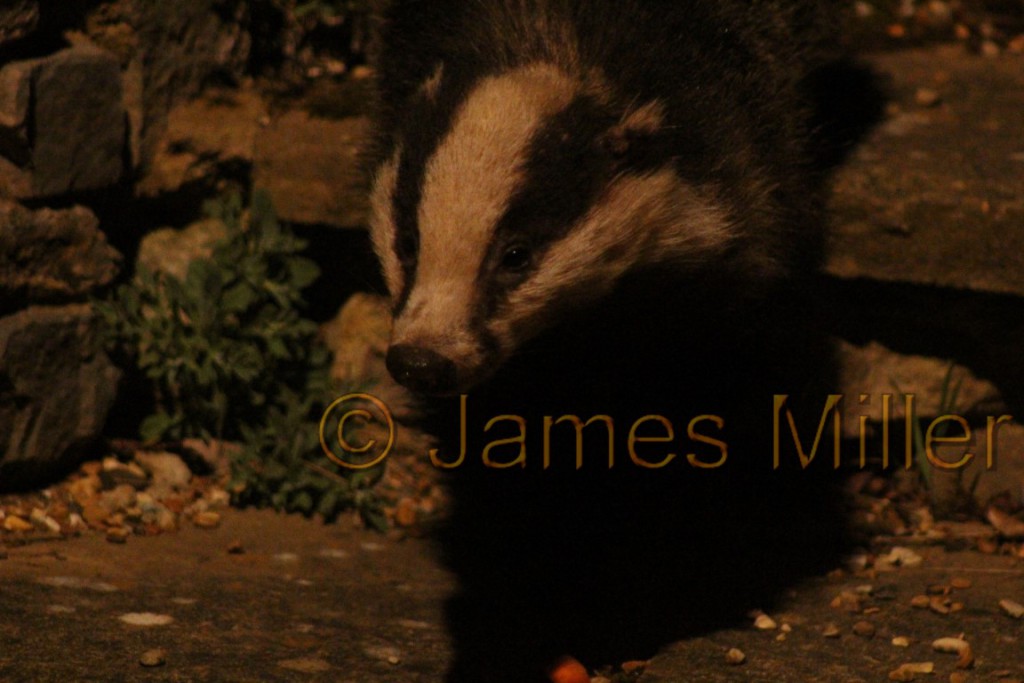 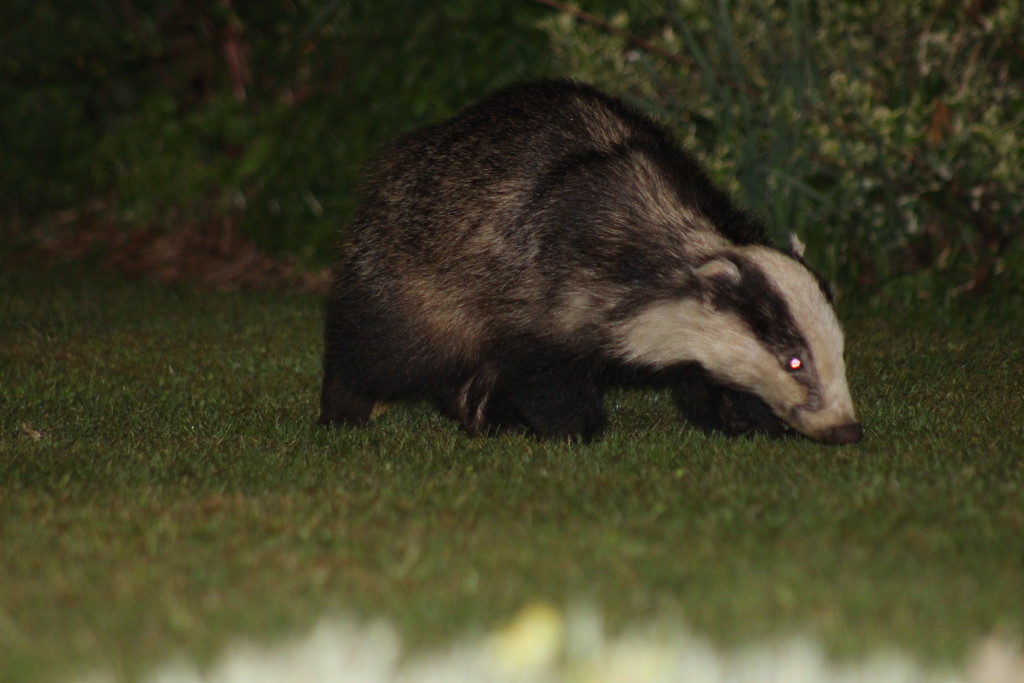 A very appropriate time to get a baby rabbit – (nearly) Easter! You can certainly see that Spring is now truly here.
On that note, Springwatch at Easter is on this Friday (Friday the 25th) at 9.00 pm – it is certainly worth watching so tune in if you can!
More on badgers in one of the next few posts, and a bit on foxes too. You’ll have to wait until then to find out exactly what…