I’m pleased that I have put the second weekend of the year to good use – I have seen two species that I had previously never seen in Surrey, both beautiful.
I had always previously thought that Surrey was a bleak and boring place for wildlife, with only a handful of common species, and only by hopping all around the country at different times of year could I spot anything interesting.
Unfortunately I could not hop around the country all year long, so I resorted to hopping to different places near my house more regularly, and through this I have made two discoveries.

1) There are a lot more species here than I had previously thought
Examples: I discovered Crossbills, Redstarts, and a Tawny Owl nest on different parts of my patch last year.

2) Every species is interesting once you’ve learnt something interesting about it.
Example: Different fly species vibrate their wings at different frequecies, so some species are recognisable simply by listening to them fly

Today was an instance of situation number 1, where my friend took me on a walk in my local area and to show me a beautiful but declining bird – the Snipe.
After wading through saturated floodplains and watermeadows, where the water table decided to suddenly reach knee height (which isn’t too good when you’re wearing wellies that are too small for you).
The trouble is with Snipe, their camouflage is so good that you don’t see them until you are too close, and then POOF – they’re gone. They fly in zig-zags as well as really quickly, which doesn’t make it any easier.
This is where the term sniper came from; it was a title given to the best sharpshooters who were so good that they could shoot down a snipe.
We nearly 10, but they all saw us first, so it was a lost cause. This was the best photo I got (which isn’t saying much)…

When zoomed in, you can actually tell it is a wader. 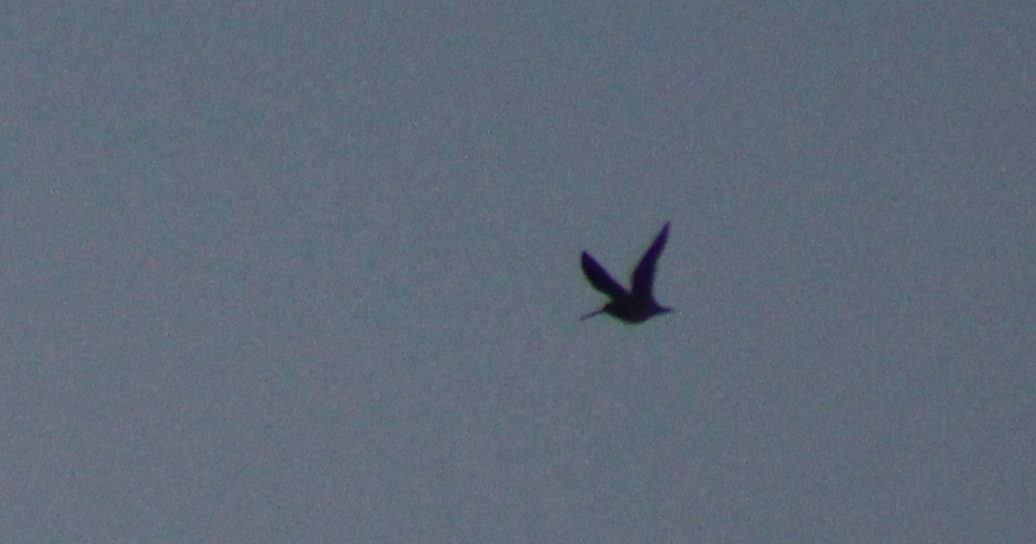 I did get a much better photo of what they left behind, but that wasn’t really what I was after. 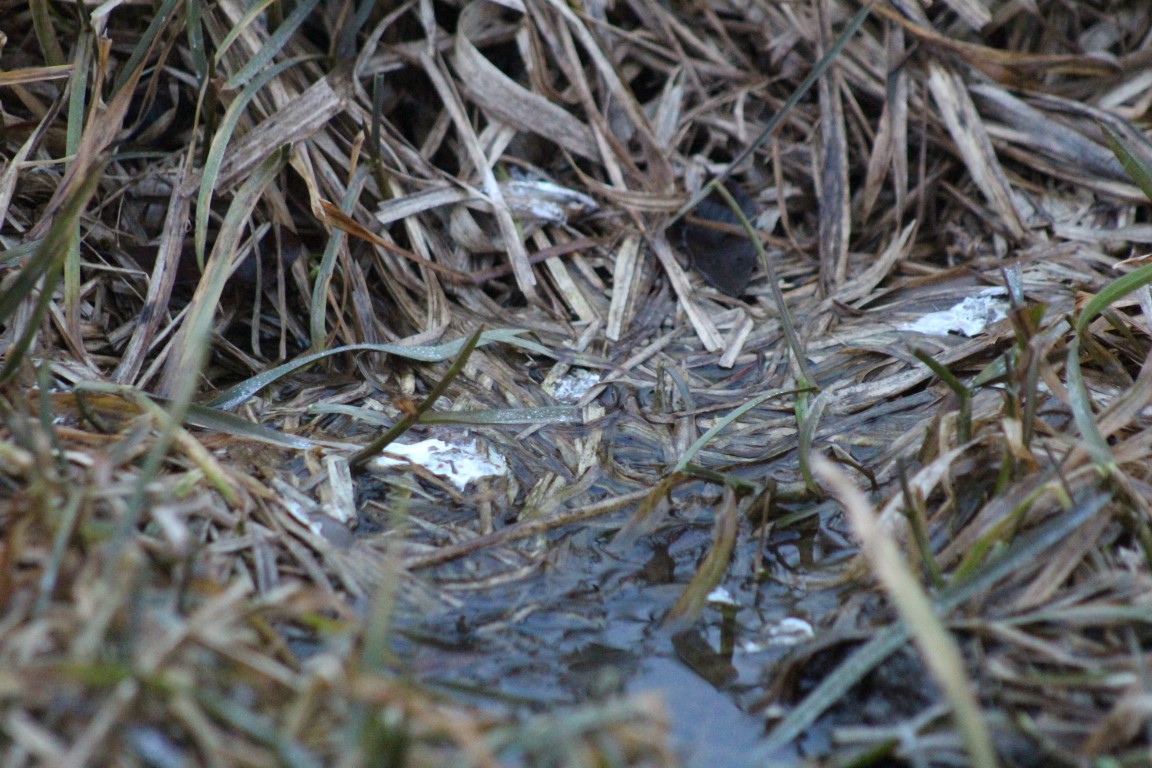 So next time, I think we will have to come up with a better method – set up a hide near one of their feeding grounds and wait!

I was satisfied in the end, however, because I spotted another equally beautiful bird on the other side of the river – the Stonechat.
My friend tells me that not only has he seen them here before, he’s seen them on the heathland right next to my house! I need to keep an eye out for them in future – and an ear for their distinctive call after which they are named.
What always confuses me is that I think a wren’s alarm call can sound a bit like two pebbles being hit together too. 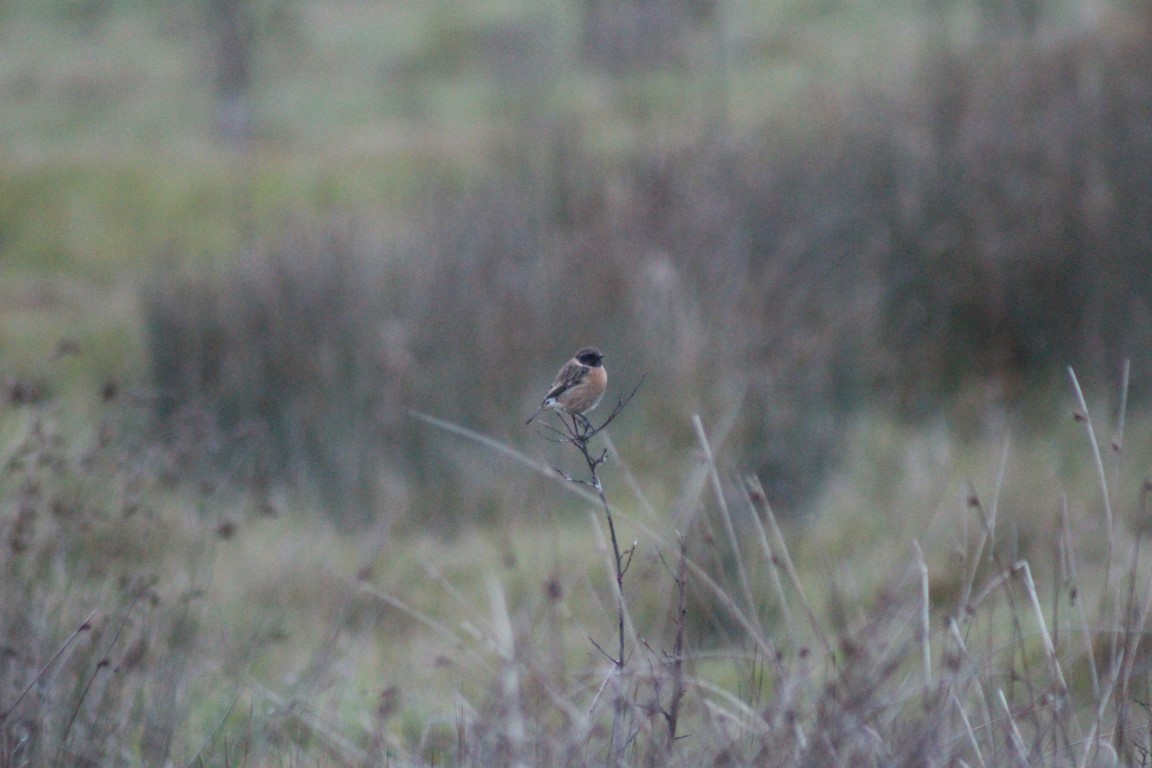 It just shows that there is a lot to be discovered in a single area, and after 10 years I hadn’t previously seen either of these birds. There’s probably a lot more I don’t know about, so hopefully the rest of this year will bring about some more nice surprises.