Today, a short blog post on the small but fiesty Devil’s Coach Horse.
My sister found one under a log in the garden yesterday, so I thought it would be a good opportunity to say a little bit about them. 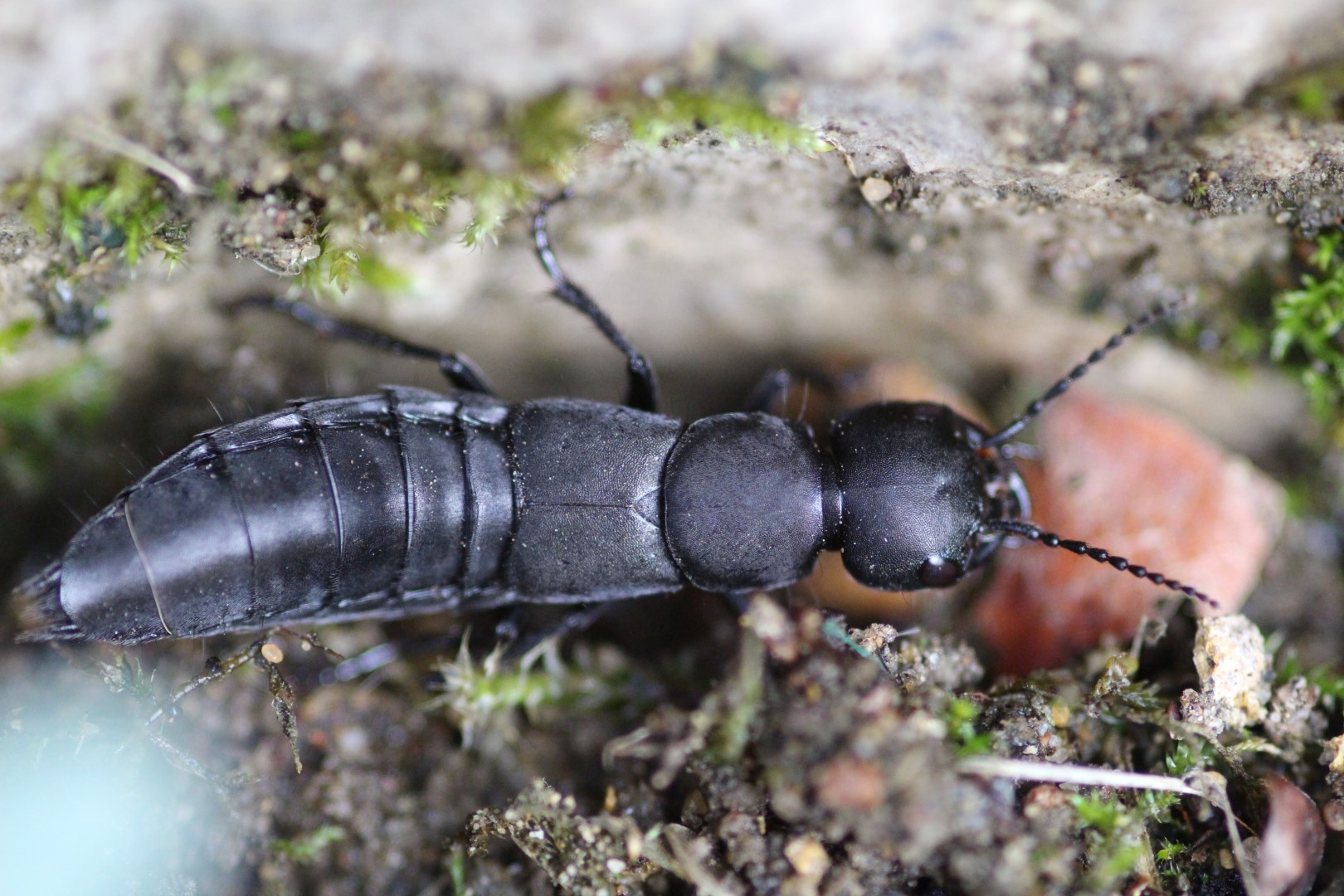 They belong to the rove beetle family, and are – as you can see from the photo above – a uniformly dark beetle, about 3 cm long. They are common in the UK, and found throughout Europe, and even in the Americas and Asia in small numbers, having been introduced. 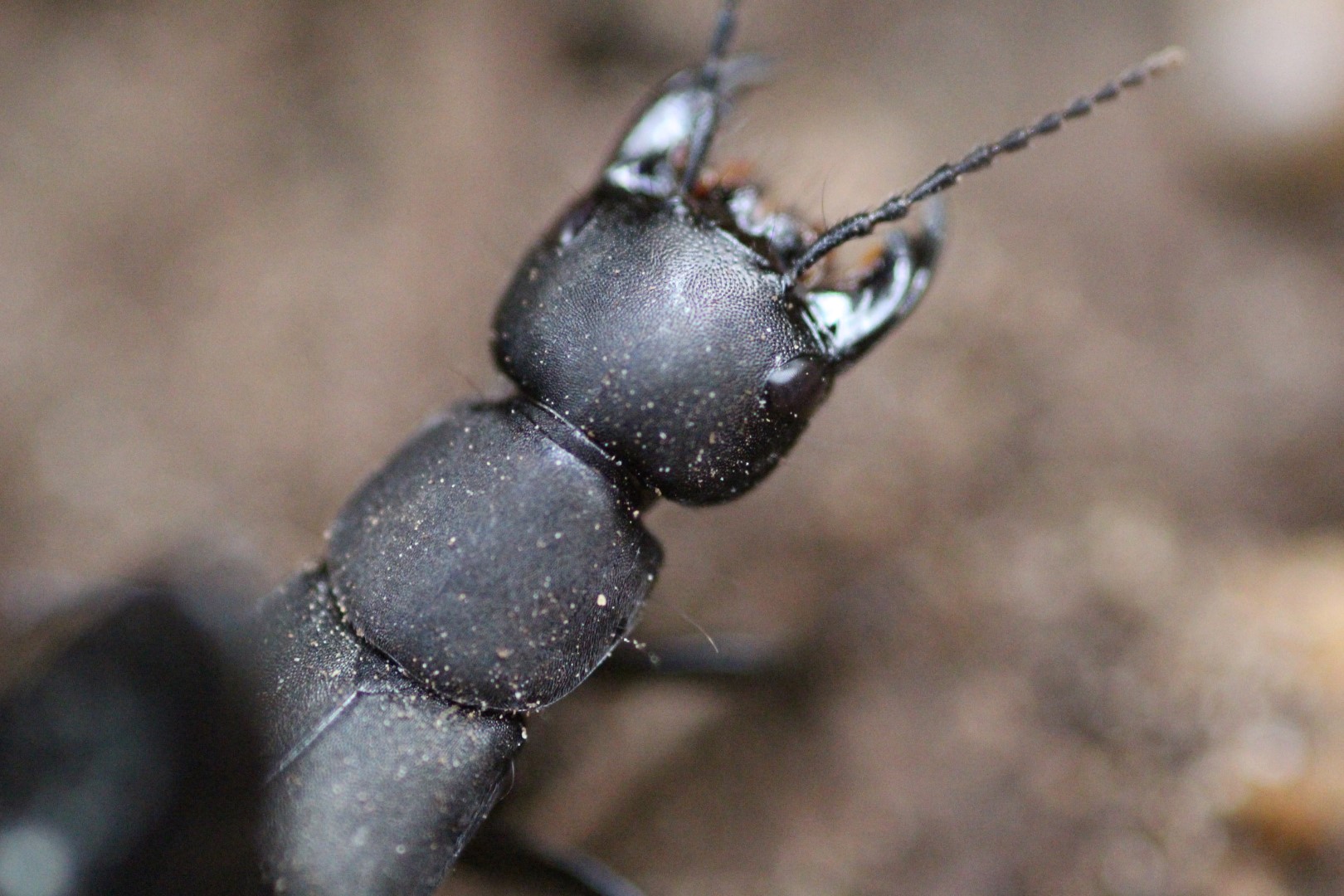 They have quite a sinister name, which isn’t completely unfounded. Their full-black colouration with a hint of red about the jaws may give them some connotations of evil. They are also carnivorous, and hunt nocturnally, eating a range of invertebrates such as slugs, worms, spiders and woodlice, and don’t refrain from carrion. Once they have caught their prey with their large jaws, they then chew it into a ball (called a bolus) before digesting it.

But probably the most alarming feature of the Devil’s Coach Horse is its habit of raising its abdomen like a scorpion and opening its jaws wide. This action was the basis for a medieval superstition – if it raised its abdomen and pointed it in your direction, you were CURSED. And, if provoked further, it will excrete an unpleasant liquid from its rear and mouthparts. 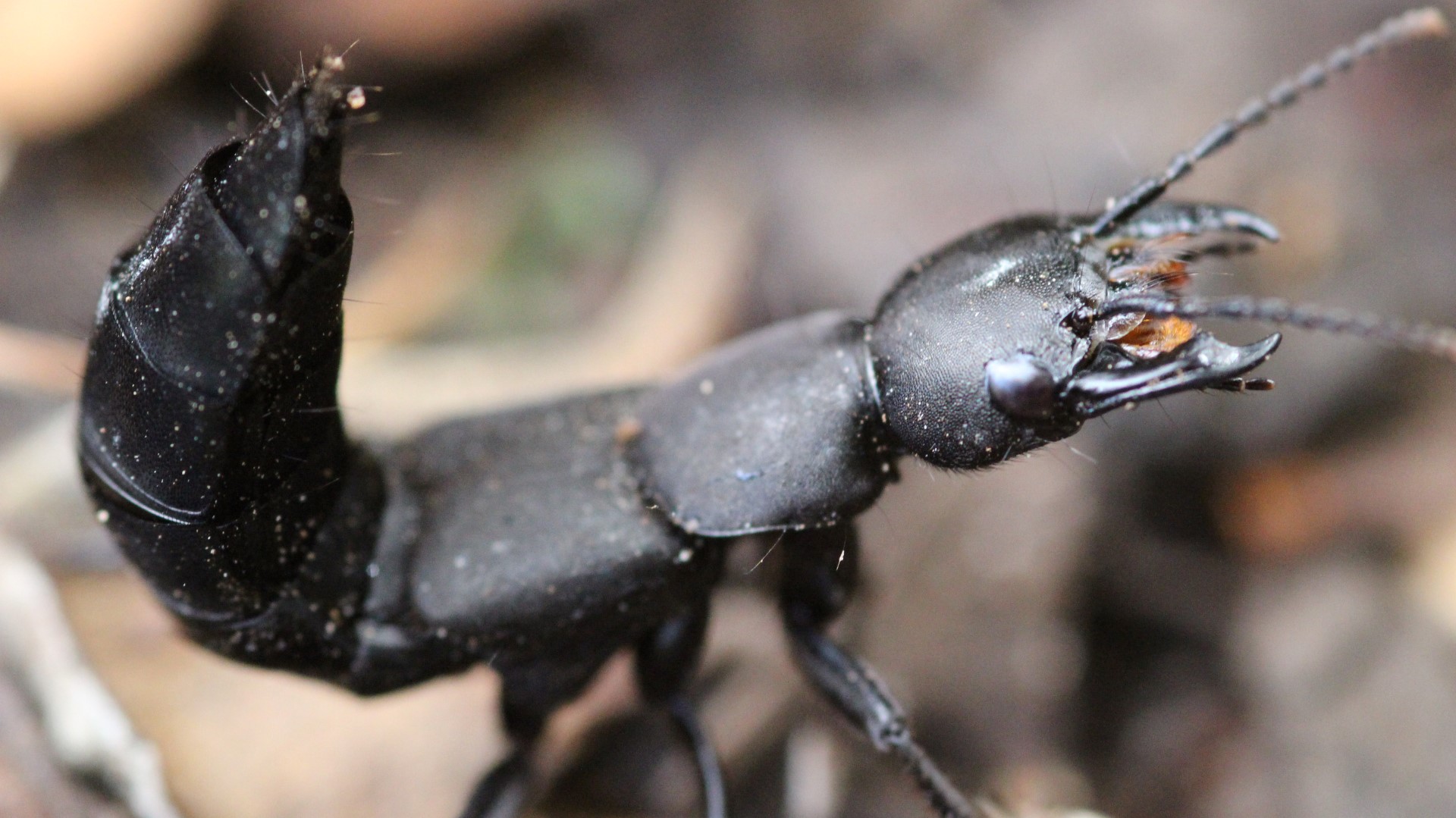 In 1979, a book was written by Richard Lewis that reinforced their sinister reputation – it described the beetles gaining a liking for human flesh and wreaking havoc. This was also turned into a film. 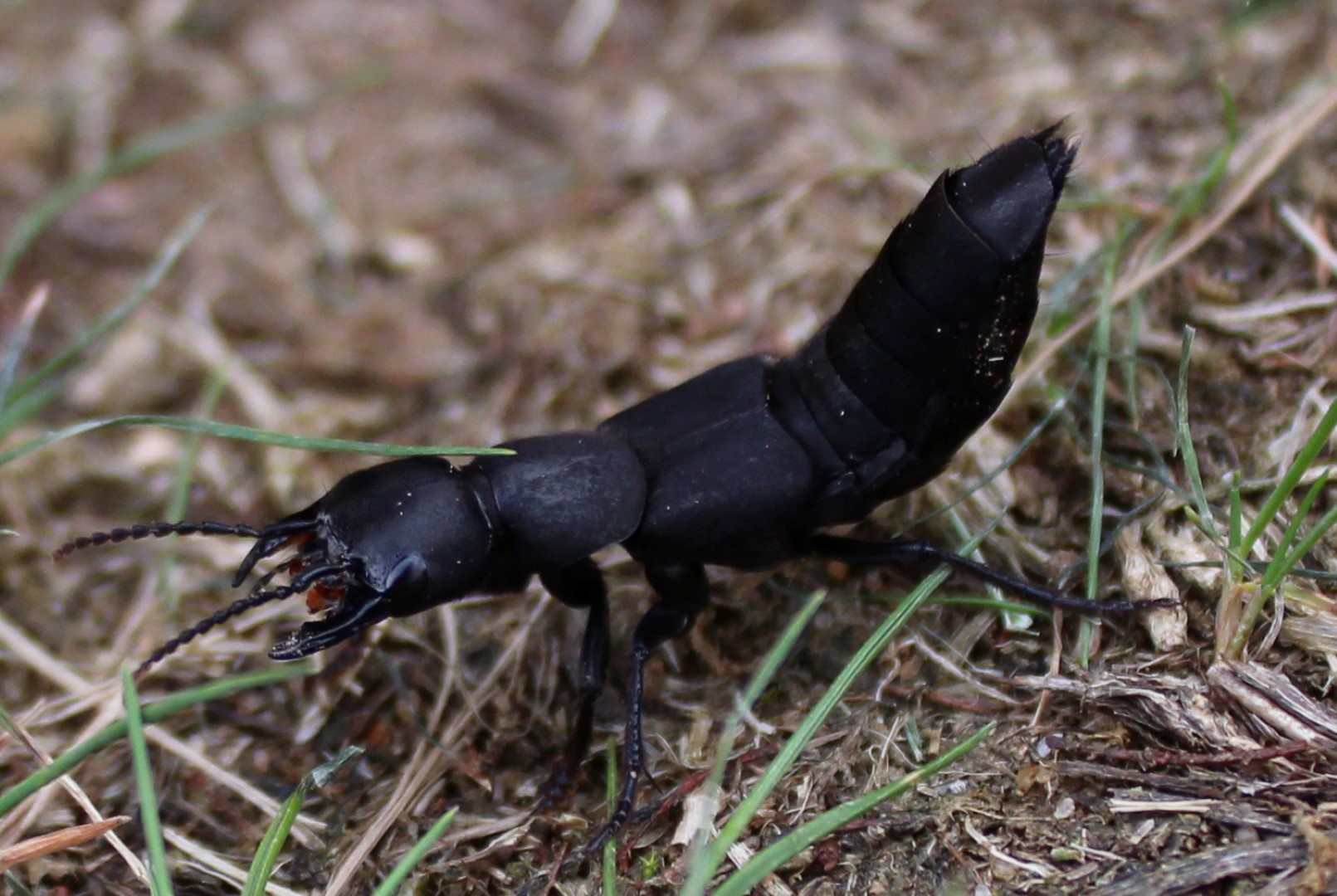 As far as I am aware, they can’t do much damage to us humans – I handled one gently, and it just scuttled from hand to hand, looking for a dark place to hide. And nothing disastrous has happened as of yet, so I think I am immune to any curse that may have been placed on me.

Personally, I’m quite fond of this tiger-of-the-woodpile. I think it’s great that we can all find a creature with such character in our back gardens, and it shows how the UK’s invertebrate world can be just as diverse and interesting as anywhere else – you just need to look at it a bit closer.