Sorry I haven’t been posting much recently – I have GCSEs! (13 in the last 2 weeks)

I’ve decided to take a break from revision to delve quickly into the wonderful world of macro photography, and show you two beautiful insects I’ve seen in the last few weeks.

The first is an absolute stunner; the most beautiful insect you could hope to find in your garden (in my opinion). You need look no further than its common name to get an idea of its dazzling appearance: Jewel wasp or Ruby-Tailed Wasp. 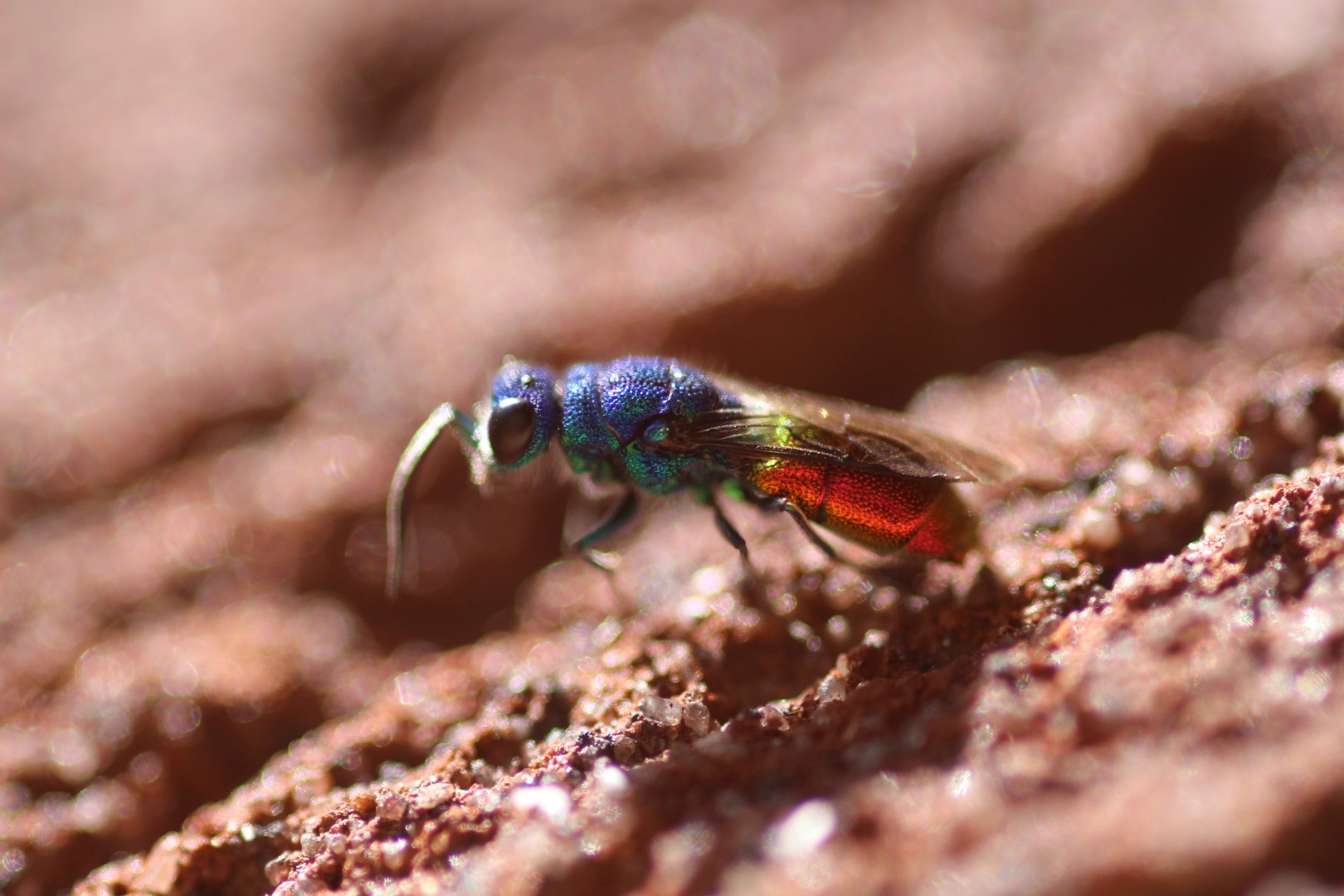 It is a fantastic ambassador for British insects and a testament to the variety and beauty of wasps that can be found in the UK. When many people think of wasps, they think only of the Common Wasp, that plagues picnics and has an infamous sting. They forget that there are over 9000 species of wasp in the UK, the vast majority of which are solitary and come with a range of colours, shapes and behaviours. 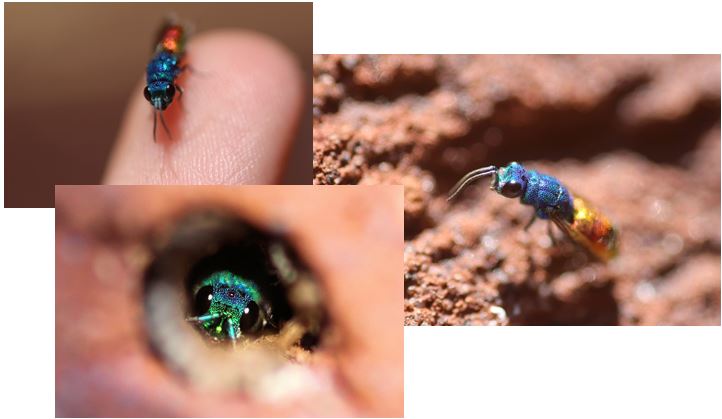 Look on exposed, sunny, south-facing old brick walls at this time of year – they’re quite human aware so approach slowly. They rest in nooks and crannies in walls, so if you shine a torch down these you might spot one.

Their other common name is the Cuckoo Wasp – the reason for this isn’t so immediately evident. I made a short documentary last year on these wasps so take a look if you want to find out more about their sinister lifestyle! (I should point out I was a little younger in this)

The second creature I saw was a fearsome predator, and, quite frankly, one of the most awesome insects I’ve ever seen.
Again, their name seems to say it all: Green Tiger Beetle. Look at the photo below and you’ll see why… 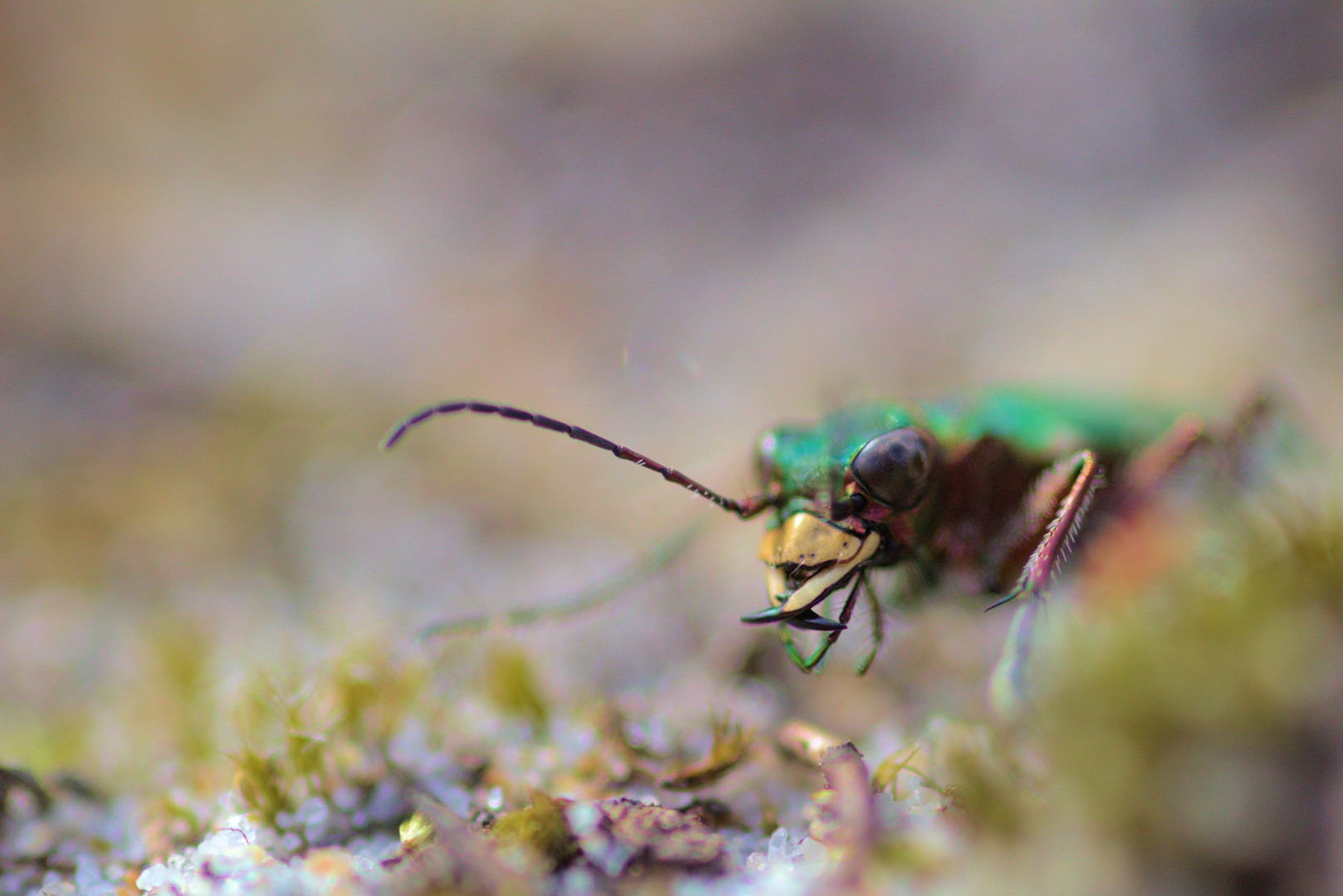 Tiger beetles are indeed the big cat equivalents of the insect world, with huge mandibles, excellent eyesight, and the ability to run up to 125 times their bodylength per second (which is ridiculous, considering Olympic sprinters can only do about 5.6 bodylengths/s!). In fact, it is believed that they run so fast that while running their visual system cannot accurately process images, which is why they have to run in short bursts, stopping regularly to reorientate visually.
They eat just about anything they can catch, including ants, spiders and caterpillars. 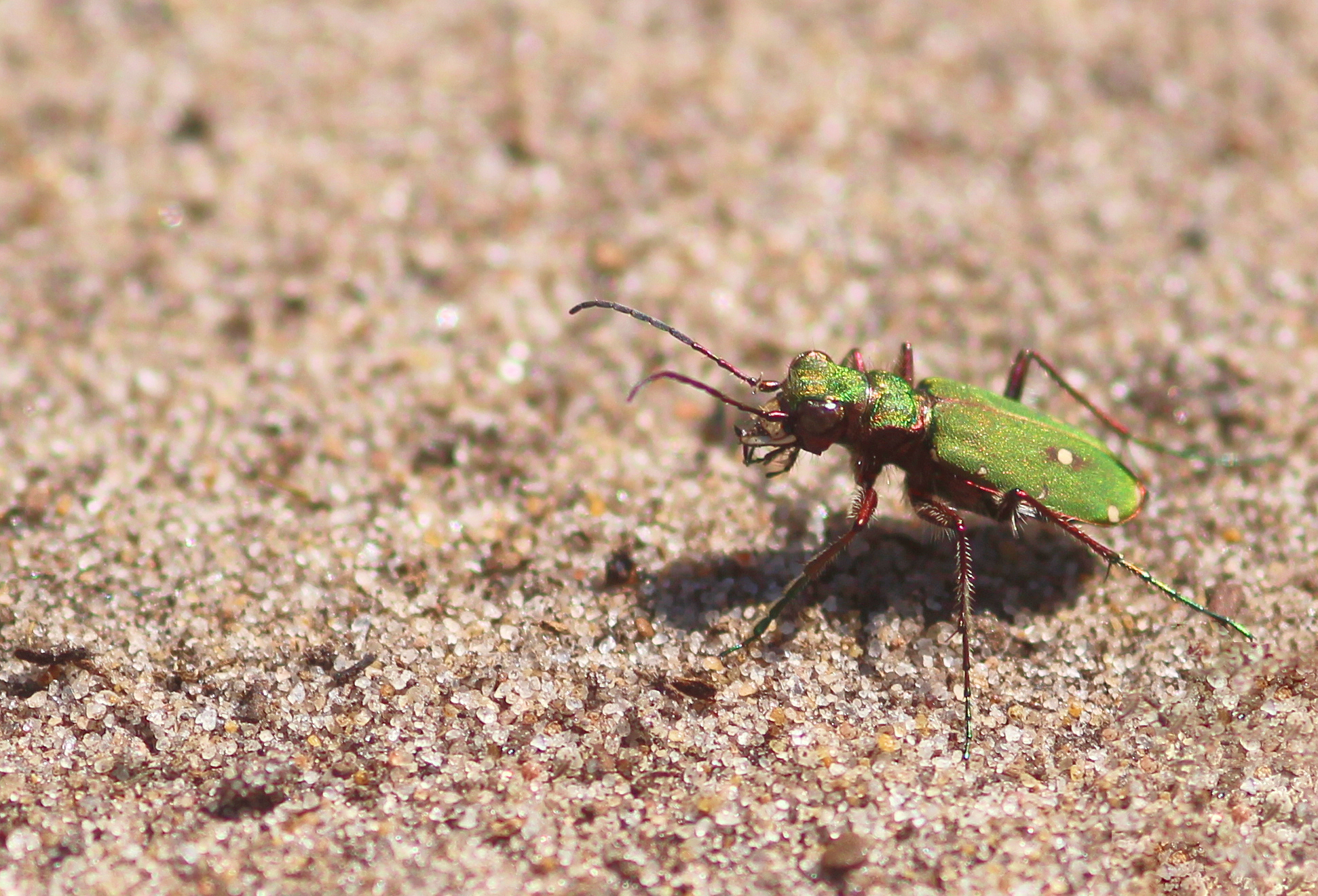 They are so fearsome, in fact, that even as larvae they take down this prey, waiting in burrows in the ground for unfortunate invertebrates to fall in before dragging them down and eating them.
In their own way, they are nearly as beautiful as the Ruby Tailed Wasp, with a bright green iridescent carapace.

Try looking for these awesome predators on sandy heathland and brownfield sites, on bare soil. The easiest way to find them, in my limited experience, is to spot them in flight. Look for flying beetles in heathland (you can tell as they are larger than the majority of flies and wasps, and have an ungainly flight) and there is a reasonable chance that it will be this beast. However, approach very slowly, because they spook very easily! 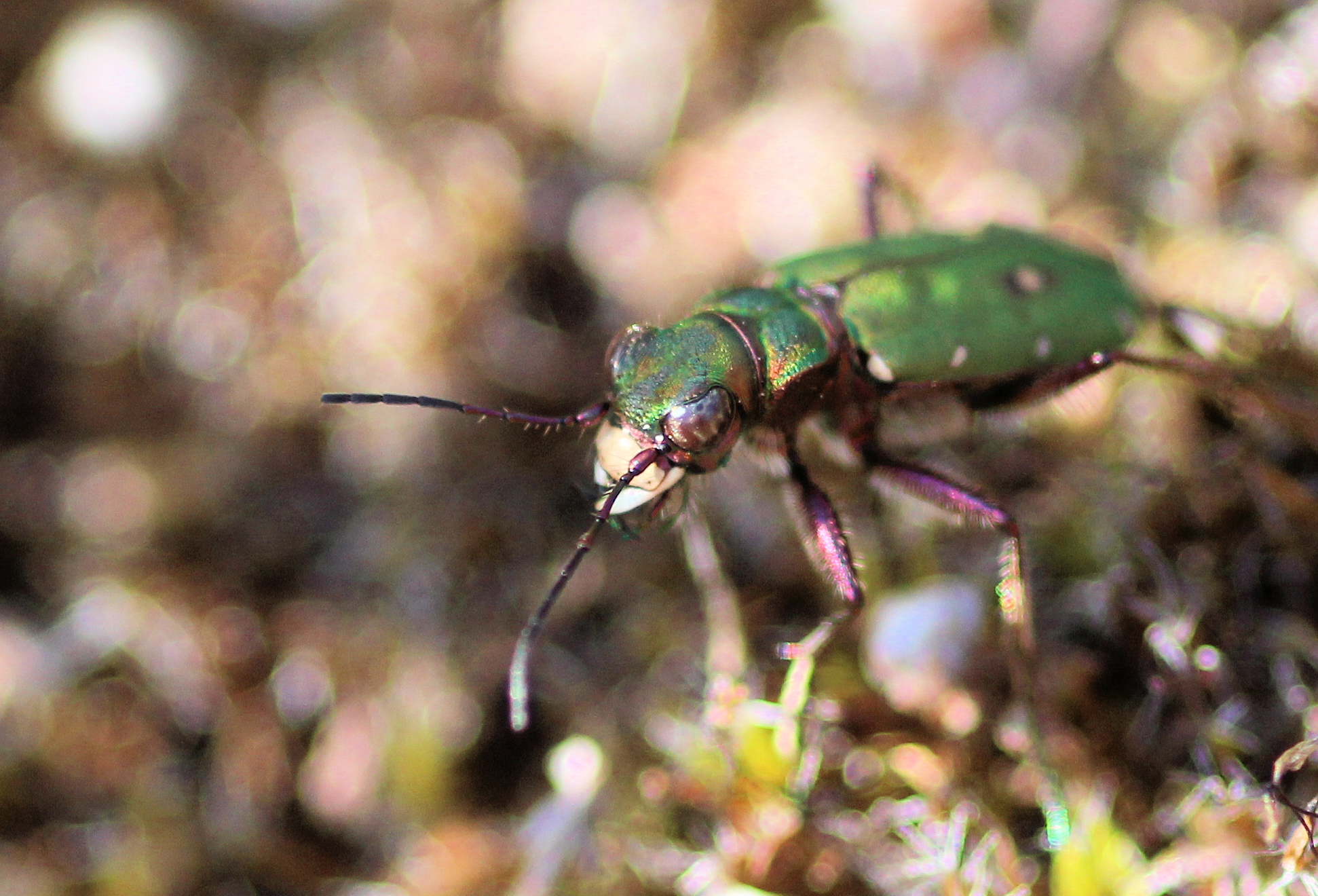