On the weekend, I was kindly invited to stay with a friend in Bosham on the south coast. I had a great time, sailing and windsurfing, and on one day they kindly took me to ‘East Head’ which is a sort of small peninsula that is right next to West Wittering.
I immediately noticed the skylarks on the sand dunes, which my friend had told me of beforehand. As we walked through the spiky Marram grass, we accidentally flushed a skylark from a nearby tuft of grass. I wandered over to the spot, had a quick poke around, and discovered this… 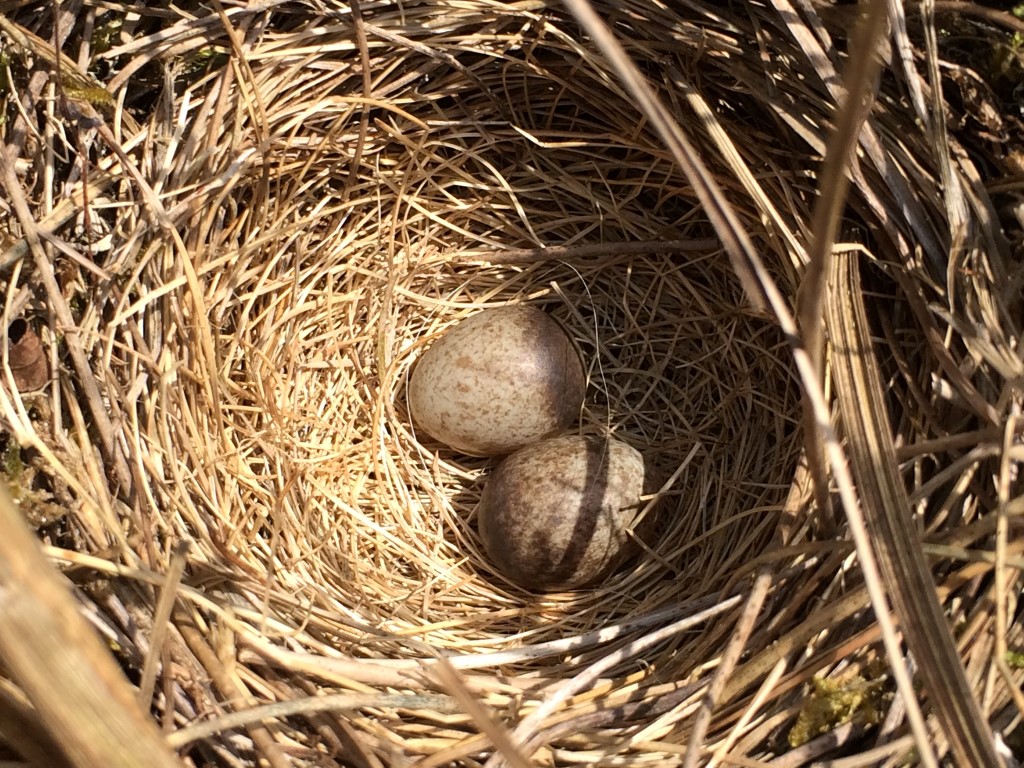 You can appreciate its beauty from the picture, but not quite its size. Each egg is roughly 17 by 20 mm. They usually lay between 2 and 5 eggs, and the incubation period is actually the shortest of any resident British bird – only 11 days.
This nest was very well hidden, and it has to be, because although this peninsula is only connected to the mainland by a small strip of land, we found large mammal holes – either badger or fox, both of which wouldn’t mind a tasty chick.

The second nest was actually a lot more conspicuous, and I could see the parent incubating the eggs from half a mile away – it was an oystercatcher’s nest. This is what it looked like: 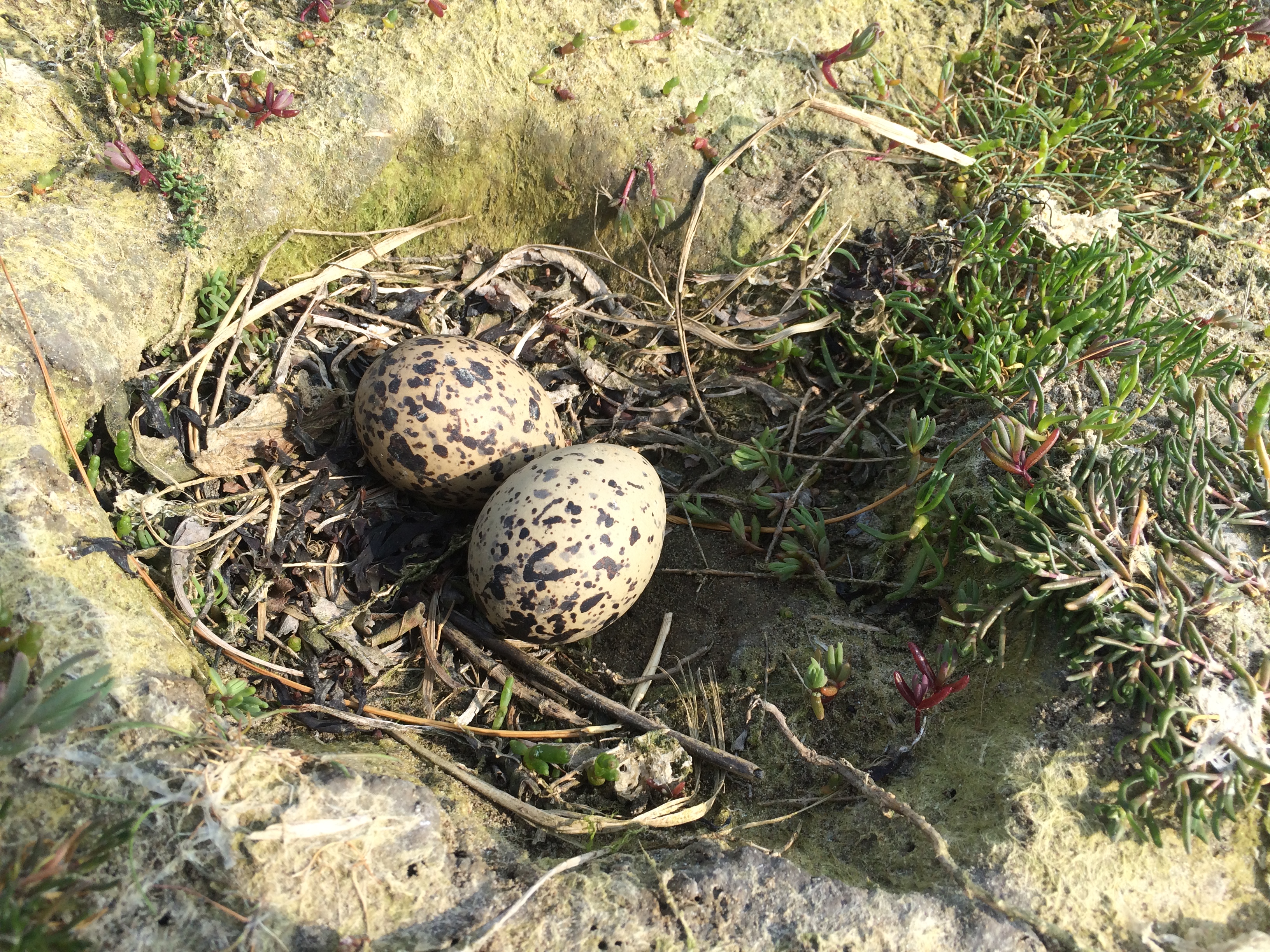 I was surprised at it’s location –  it was so clearly visible that anyone walking on the path was likely to notice it (although this is apparently common with oystercatchers, they like the visibility) and it was also pretty close to the beach, so if there was a particularly high tide, then the nest would be ruined.
It had much bigger eggs (a little larger than a chicken’s), in what was simply a dip in the ground, a scrape. Again the amount of eggs is common to that species, which usually lays between 1 and 4.

I shall try and visit these nests again in the next few weeks, hopefully when the chicks are out, and bring back some photos.

The wren’s nest unfortunately fledged while I was away, and so I didn’t get to see that this year. However, the blue tit chicks are still in their nest, getting fed practically every minute by the parents, and so by getting up early every morning, hopefully I should not miss that.
To put things in perspective in terms of nesting this year, I have found at least twelve nests (due to an extremely industrious Easter holiday), 4 of which were too high and hidden to monitor properly, three of which I found on one-off trips away from my house, and so couldn’t watch regularly, 4 fledged while I wasn’t there, and one hasn’t fledged yet. So after all that effort… pretty much nothing. I can only hope that some will attempt a second brood or reuse the same nest next year.
The one consolation was the amazing tawny owl’s nest, which I did get many hours of joy from, and should also hopefully be reused next year.
If you want to see my videos so far, you can find them on this link.